Politics Insider for April 29: The Simpsons send Trudeau scurrying, Scheer's climate plan coming and the upside of uniting the left 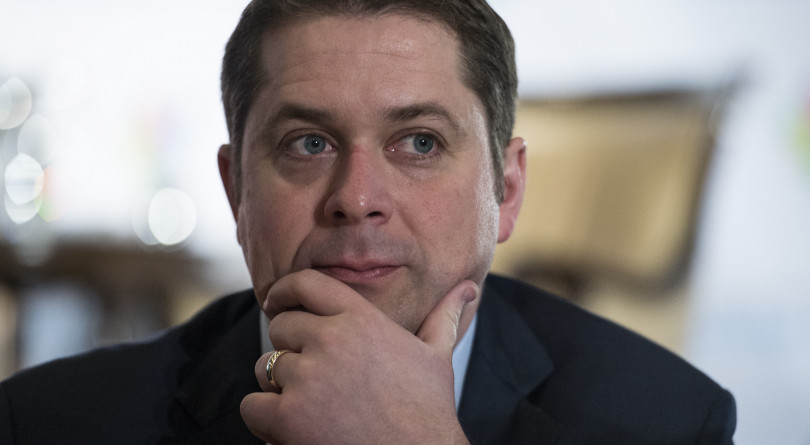 Before we get into today’s newsletter, did you spot the Easter Egg in Friday’s Politics Insider? If so, email us your clever find at Letters@macleans.ca (subject line ‘Easter Egg’). The first three responses will receive a free year-long print subscription to Maclean’s.

Yay Canada: Proving The Simpsons can still be relevant, but in a way that only 0.1 per cent of Americans would get, the long-running cartoon’s Canada-themed episode aired Sunday night, featuring a send-up of Prime Minister Justin Trudeau, along with Mounties, heroic beavers, generous health care and seal-clubbing. Trudeau wept, he planked, and at the mere mention of SNC-Lavalin by an asylum-seeking Lisa Simpson, the Prime Minister—voiced by impersonator/journalist Lucas Meyer—scurried out the window on his hands.

Boo Canada: Meanwhile President Donald Trump‘s weird obsession with Canada’s national anthem was on display in Wisconsin this time, and it didn’t go over well. “You know Canada, we love the song O Canada, let’s sing O Canada,” he said at a rally on Saturday night, to which many in the audience jeered and booed. (Twitter video, CTV News)

It’s real, honest: Conservative leader Andrew Scheer‘s Snuffleupagus of a climate plan might finally make an appearance this summer. Scheer, who was speaking to supporters in Quebec, said he’ll return to the province to reveal his plan before June 21, when Parliament breaks for the summer. Scheer has attacked the Trudeau government’s carbon tax, but has never said what a Conservative government would do, if anything, to reduce Canada’s greenhouse gas emissions. (CBC News)

Unite the left: Here’s an idea—maybe it’s time for the federal New Democrats and the Green Party to put aside their minor differences and join forces. If they did, a united “Green Democrats” would theoretically carry a lot of influence after the next election, according to a seat projection from Philippe J. Fournier, the creator of 338Canada.com, an election modelling tool:

By running the 338 electoral model with the numbers above, the Green Democrats would win an average of 59 seats, more than twice the current combined seat projections for the NDP and GPC.

What is perhaps more striking is that neither the Conservatives nor the Liberals stand at an average above the 170 seat threshold for a majority at the House of Commons. In fact, more than 80 per cent of all 250,000 simulations run by the model resulted in a minority government where the Green Democrats hold the balance of power. (Maclean’s)

‘Cuz it’s time to go: Back in February longtime Liberal MP Rodger Cuzner, who expressed “disappointment” at not getting a cabinet position during Trudeau’s January shuffle, told the Hill Times he was only “99 per cent sure” whether or not he’d run again in October. Cuzner, who served for 19 years as the MP for Cape Breton-Canso, finally made up his mind and called it quits, saying the people in his riding deserve “someone who just has that fire in their belly.” (Cape Breton Post)

Of note, that February Hill Times story aired a rumour then going around Parliament Hill that Gerald Butts, who hails from Cape Breton and was then still serving as Trudeau’s principal secretary before resigning amid the SNC-Lavalin controversy, might run for office in the riding if Cuzner vacated it. Cuzner said he’d reached out to Butts, and that Trudeau’s long-time friend “laughed” at the idea. “Listen, there’s a better chance of me winning the Boston marathon than Gerry Butts [running in the election],”  Mr. Cuzner said. “Gerry’s got zero interest in elected politics.” Now we’ll see if Butts was 100 per cent sure.

Singh’s progressive scramble: With time running out before Parliament adjourns ahead of the next election, NDP Leader Jagmeet Singh said he’s going to push a progressive agenda in the coming weeks, focussed on pharmacare, housing and a Canadian-style “Green New Deal.” (CTV News)

Canada-Japan ties: While Trudeau was meeting with Japan’s Prime Minister Shinzo Abe over the weekend, the country’s ambassador to Canada, Kimihiro Ishikane, appeared on Global’s West Block and CBC’s The House to urge greater cooperation between the two countries, as well as “patience” in dealing with China over the detention of two Canadian citizens. (Global News, CBC News)

The war to end all economies: Echoing a warning he made during his recent Maclean’s Live interview, Bank of Canada Governor Stephen Poloz says the biggest threat to Canada’s economy today is a global trade war. (Global News)