Life after Harper: Reimagining the Conservatives 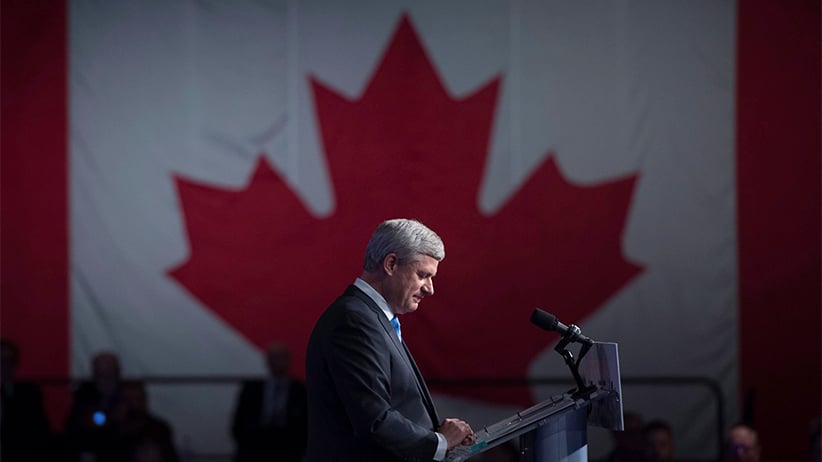 The Civitas Society will meet this weekend at the Delta Ottawa City Centre to mark the 20th anniversary of its founding. I have friends who will attend, but because I am not reliably conservative I’m not invited and my friends are keeping mum about what they’ll discuss. Civitas’s website bills the group as “a non-partisan ‘society where ideas meet’ ” and specifies that the ideas in question are “conservative, classical liberal and libertarian.”

Beyond that one is left to guess: without a log-in and password, you can’t get any more information from the website. I’m told Barbara Kay, the National Post columnist, will be there, and that Conrad Black generally attends. Its founding directors included Ted Byfield, Michael Coren and Ezra Levant, and the genesis of the group is generally attributed to author William Gairdner, who has been urging me politely to tell you about his new book, The Great Divide: Why Liberals and Conservatives Will Never, Ever Agree. Consider it done, Bill. On the Civitas website you can spot photos of Andrew Coyne, who used to work here, and Brian Lee Crowley, who runs an Ottawa think tank.

In 2003, Harper used a speech to Civitas to launch his bid to reform Canadian conservatism. He was already the leader of the Canadian Alliance, but that was of no particular use to anyone, and he wasn’t yet sure the rival Conservatives were worth a merger. But whichever party carried the standard for Canadian conservatives, Harper had strong opinions about what it should stand for.

Harper’s Civitas speech, published after the event, stands as a sort of manifesto for Harper conservatism. Let us look at what that entailed one more time, as the contenders to replace Harper as leader of the Conservative Party of Canada start to cobble together their own philosophies.

Calling for tax cuts wasn’t enough, Harper said in 2003, because any Liberal could cut taxes if backed into a corner. Jean Chrétien had done just that in the most recent federal election. No, the Conservatives needed to make their stand on ground on which no other party would want to encroach.

When he talked about family, what did he mean? “Banning child pornography, raising the age of sexual consent, providing choice in education and strengthening the institution of marriage. All of these items are key to a conservative agenda.”

Harper always believed that the positions that upset his critics the most were among the keys to his success. Chantal Hébert wrote in 2007 that while many people like to call themselves fiscal conservatives and social liberals, Harper’s new government was fiscally liberal and socially conservative. It was a good line. But the inversion was no accident, it was the plan.

The plan fell apart in the end. Harper used the majority he won in the 2011 election to spend four years indulging his worst instincts. His decade at 24 Sussex makes him the longest-serving Conservative prime minister since Sir John A. Macdonald, but his successors must reimagine the Conservative party for its next chapter, if there is to be one.

Early progress has been shaky. Maxime Bernier, who was once actually Canada’s foreign minister, probably has the strongest brand identity in the early going. He is for the opposite of Harperism: socially laissez-faire, fiscally strongly libertarian. He leads a small, fervent faction in the party, too small to do him much good. He faces an uphill climb.

But at least he has a philosophy. Kellie Leitch, the Ontario pediatric surgeon, has an experienced campaign staff of Ontario Tories, no perceptible support in the federal caucus and a hard time explaining why she proposed a telephone tip line for “barbaric cultural practices” during last year’s election campaign. She is now sorry she did it. It’s not really a platform.

Jason Kenney, the architect of the Conservatives’ ethnic outreach, had a bad 2015: his party did everything but drive immigrant voters to the polling station so they could vote Liberal. On Twitter you can see him test-driving elements of a new appeal: resentment at lefty media bias, nostalgia for a “special relationship” with the U.K., and persistent Ralph Klein hero-worship. That last should deliver Kenney most of the party’s Alberta and Saskatchewan support. Kenney is at least trying to block off areas he can secure against other candidates.

If anyone uses Civitas to test-drive leadership pitches, the rest of us won’t hear about it. But no pretender to Harper’s tarnished crown has much time. The party’s national convention is in Vancouver at the end of May. The party will elect a new leader a year later. The next campaign against Justin Trudeau will be two years after that. If that seems like a long time to you, it’s because you don’t have to do it. To the one who does, every day of it will feel like a sprint.