Board of internal economy considers complaint

By By Jennifer Ditchburn, The Canadian Press May 29, 2014 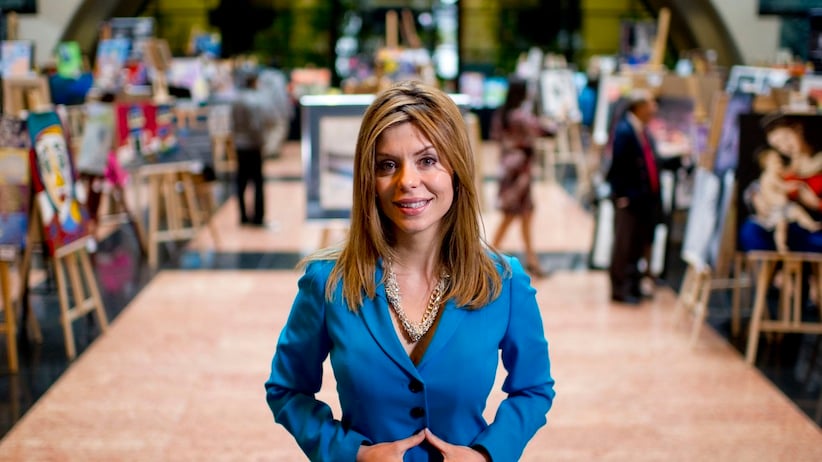 OTTAWA — The closed-door committee of MPs that deals with House of Commons spending rules is being asked to review Conservative MP Eve Adams’ use of parliamentary resources.

A complaint to the board of internal economy from a resident of Burlington, Ont., focuses on mail from Adams that was sent into a new riding she hopes to represent in the next election.

Adams is in a heated nomination battle in the new riding of Oakville North-Burlington — a battle currently on hold amid allegations of fraudulent memberships.

Ron Bowers, a former ministerial aide in the Mulroney government, sent a letter of complaint to Commons Speaker Andrew Scheer a month ago and copied members of the committee.

Bowers has been receiving House of Commons materials from Adams, even though his MP is cabinet minister Lisa Raitt; Adams actually represents the non-adjacent riding of Mississauga-South Brampton.

Bowers has asked for a review of the case, but it’s not clear whether that will be discussed when the committee — where the Conservatives hold a majority — meets Monday. Opposition MPs say they have not yet considered the matter.

House of Commons staff are preparing background research on the issue for MPs on the committee to consider.

Bowers says he has not held a Conservative membership in six years, but began supporting Adams rival Natalia Lishchyna out of anger over the mail he was receiving.

“What we have here is a situation where she’s using House of Commons resources to target a riding that is not hers, and I just thought it was wrong,” said Bowers, who has also written to Elections Canada.

Other Conservatives in the area complained to the party about the mailouts. On some of the material, the only indication that Adams is the MP for a different riding is a line on the back of the envelope.

One flyer starts with, “My family and I live in Oakville, and we know first-hand that every dollar matters.”

MPs are entitled to send mail postage-free, but House of Commons rules prohibit any of those parliamentary resources from being used for electoral campaigning.

If such mail is for campaigning, it must be declared as an electoral expense with Elections Canada.

Adams said in an email that after the nomination race was called, her mailings “were only paid by my nomination campaign.” She did not specify whether she will be claiming the value of previous House of Commons mail as an election expense.

According to Elections Canada, nomination expenses must be declared as soon as a candidate spends the first penny on the campaign, regardless of when a date is set.

“This is old news,” Adams said. “The other campaign made this accusation to the media weeks ago.”

The party responded to complaints by saying it did not have jurisdiction over the House of Commons rules, but noted it would keep an eye on whether it constituted a campaign expense.

“To the extent these mailings impact upon the nomination contestant’s spending for which she must account, the CPC will remain vigilant to ensure all costs of the contestant are correctly declared,” party president John Walsh wrote to the Oakville North-Burlington riding president last month.

The Conservatives have been criticizing the NDP for their use of parliamentary resources in setting up a satellite office in Montreal, and for Commons mail sent in recent byelections.