Conrad Black on the 'magic thread' of Canadian history

Conrad Black remains one of Canada’s most divisive and mesmerizing figures—a historian, columnist and former newspaper tycoon who served 37 months in a U.S. prison for fraud and obstruction of justice. In his new book, Rise to Greatness: The History of Canada from the Vikings to the Present, Black declares that the country whose citizenship he shed to accept a British peerage has truly come of age.

Q: You use an evocative metaphor: a “magic thread” that connects leaders and events in our history, from Champlain to the present. What do you mean by that?

There was this sense—rarely explicit—that animated the main builders of the country, that the northern half of this continent could be turned into an advanced and successful political society. It wasn’t a thread in a straight line, but Champlain’s idea was taken up by both French and British leaders who followed him to create a bilingual or, at least, bicultural society. Two cultures, not all of them speaking the others’ language, but living together and making it work.

Q: Central to that idea was the British actually protecting the French in Canada, despite having recently been at war with them.

A: If we had only English people, what is now Canada would have been taken over by the Americans. We had to have the French, who knew at the time that if they joined the United States, they’d be assimilated. But you also had to have some English to make the population bigger and to assure the continued interest of the British. The British would have traded a French Quebec to the U.S. in exchange for something. But they didn’t feel they could do that once there was a body of Loyalists here who’d left America because they didn’t agree with the American Revolution.

Q: If the open-mindedness and sacrifice this arrangement required got more emphasis in high school history, maybe Quebec and English Canada would understand each other a bit better.

A: I agree. It’s not so hard to stir people up with a slogan like “give me liberty or give me death.” But the sort of terms that Canada has dealt in—subtle and quiet discussion; imperceptible progress—are not easily put in heroic language. But it is heroic.

A: Two events got us there. First, the separatist threat in Quebec—unless we completely mismanage things—has collapsed. So the ability of the federal government to act as a responsible regime over the whole country isn’t in doubt. Second, the awesome contiguity of the United States is no longer so inhibiting. None of us should forget that we owe to the U.S. the triumph of democracy and the free-market system. But we were all brought up with a sense that all Canada could really aspire to in international affairs was to tug at the trouser leg of the Americans or the British.

Q: How do we make the most of this new-found stature?

A: Well, we know what we want to avoid. For all of the admirable qualities of the United States, it is at times an irritatingly brash country. The British can be condescending and hidebound and, of course, the French can be terribly obtuse. But these are the three countries we’ve been closest to, so we should start by emulating the things we like in them, while trying to avoid their weaknesses. Beyond that? Just be spontaneous. There’s nothing wrong with Canadians being Canadian. We’re not a bad people to be.

Q: Your affection for the country shines through in this book. But when you renounced your citizenship so you could take your peerage, a lot of Canadians took that to mean that you saw the country as defective or inferior. You called it “a plain, vanilla place.” Do you think the book will reverse that perception?

A: I didn’t write it for that reason. I would have to be brain-dead not to be aware that there were some public-relations problems with what happened. But my reason for renouncing my citizenship was that Jean Chrétien was taking the position that he had a right to create a category of citizen in another country, the United Kingdom, that is ineligible for an honour for services rendered in that country because that person happens also to be a Canadian. And the Canadian courts just said, “We have no jurisdiction,” which is rubbish, in my opinion. So I thought I would renounce my citizenship, and I’d then apply for it back. I’ve been interrupted in doing that because of all this nonsense that went on in the United States. But that’s still my plan. At no point was I saying I don’t like this country, or I don’t take it seriously, or I’m not proud to be Canadian.

Q: Is your Canadian citizenship more important to you now than your peerage?

A: No, I’m proud to be British also. It was an honour to be made a member of their Parliament and I enjoyed the debates I entered into there. So I don’t want to make it an invidious comparison. They’re both great countries.

Q: Given that history, I was surprised to see you describe Chrétien as “an important and, on balance, good and successful prime minister.”

A: What he did with me is not terribly important in the overall scheme of things. Putting together the patriation formula for the Constitution; patching things together when that conference had in effect broken down; bringing in the Clarity Act; and supporting [then finance minister] Paul Martin in getting the country on solid fiscal footing—we owe a lot of that to Chrétien and Martin.

Q: You call at the end of your book for more of the grand ideas and projects of our early nation-builders. Can you see that kind of vision in our current leaders?

A: I don’t, at the moment. This government has been quite competent in many ways. And while I’m not particularly a Harper enthusiast, I think he’s been a very capable Prime Minister. But I see nothing imaginative going on at all. Well, to be fair, a considerable bit in foreign policy. But it’s mitigated by the evaporation of our defence capability. 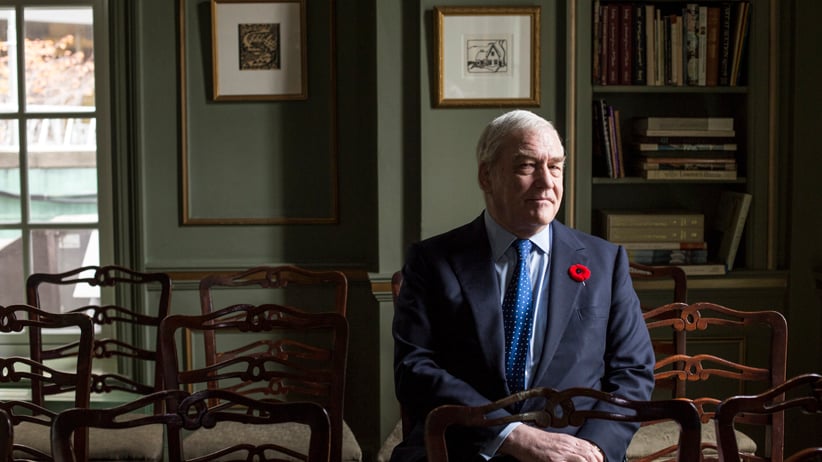 Q: Near the end, you rank the prime ministers in tiers. At the top are Macdonald, Laurier and King.

A: I think his record was poor or mediocre in almost everything except defeating the separatists, advancing Canadian culture and making Ottawa a more distinguished-looking capital. But he did, I think, save the country. So that’s why I put him as high as I did. He did have remarkable qualities of leadership. I knew him fairly well and he was a rather impressive man.

Q: Brian Mulroney, a friend of yours and one of the people to whom you dedicate the book, lands on the second tier.

A: But a very strong second tier. Brian tried some things that didn’t work, but he dared to try, and he did do things that were terribly important. He made a bold move in free trade and it was successful. The GST was a great fiscal step forward, and he was in a difficult position when he did it. We had a dollar down to about 65 cents U.S., and we had these big deficits because of Trudeau’s programs that were, when you get right down to it, designed to impress the French Quebecers with the generosity and desirability of continuation with the federal government.

Q: You stoutly defend him over the Airbus affair [where the government alleged in a letter to Swiss authorities that Mulroney had taken secret commissions on the sale of aircraft to Air Canada].

A: There’s not one shred of evidence he did anything improper.

Q: The Oliphant inquiry concluded that Mulroney had inappropriately accepted money from Karlheinz Schreiber [a German-Canadian businessman who had lobbied for Airbus and other companies].

A: You’re mixing things. Airbus was a disgraceful episode, and Brian did absolutely nothing improper. If you’re talking about the Schreiber business, I did comment separately that it was an unwise and undignified thing to do, and I don’t think he would dispute that himself.

Q: I’d like to engage you in a bit of rapid-fire. Who is the most under-appreciated figure in Canadian history?

A: Maurice Duplessis, who was, in fact, a great premier, and has been smeared as a kind of primitive and corrupt man. He wasn’t either. Authoritarian, yes, but no more than Quebec leaders usually are.

Q: The most overblown?

Q: Should Louis Riel have been hanged?

A: Absolutely not. That and the financial skulduggery in the 1872 election are the two serious mistakes John A. Macdonald made.

Q: The historical figure, now dead, you’d most like to have a drink with?

A: Probably Champlain. I’d ask him what he really thought of [Cardinal] Richelieu!