Conservatives hoping to hoist Justin Trudeau on his own ethical petard 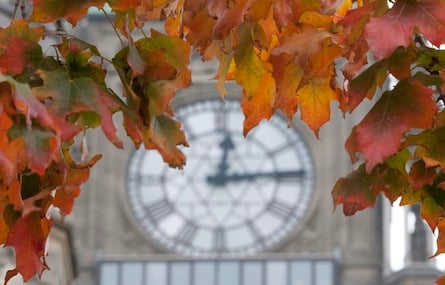 OTTAWA — One year after the Liberals triumphed at the federal ballot box thanks in part to promises of a more ethical government, the Conservatives are hoping to hoist Justin Trudeau on his own ethical petard.

The prime minister is under a steady barrage of opposition flak of late, accused of breaking his own directive that cabinet ministers must avoid even the appearance of giving preferential access to individuals who donate to the Liberal cause.

The Conservatives intend to use their opposition day today — a day before the one-year anniversary of the swearing-in of Trudeau’s government — to debate a motion calling on the House of Commons to give the ethics commissioner power to enforce his directive.

The motion, which will be put to a vote later this month, is clearly aimed at putting Trudeau on the spot: either vote against his own ethics directive or support the motion and risk having ethics commissioner Mary Dawson rule against the practice of allowing cabinet ministers to be the feature attraction at fundraisers.

Dawson has called these so-called “cash-for-access” fundraisers “not very savoury” but says she has no legal authority to enforce Trudeau’s directive on avoiding the perception of preferential access.

In a preview of the debate on the motion, interim Conservative leader Rona Ambrose called Wednesday on Trudeau to follow his own ethics rules.

“He came into office saying that he was going to raise the ethical standard,” Ambrose told the Commons.

“He brought in his own ethical guidelines for himself and for his ministers and they’re all violating them. So the question again is, will he follow his own rules?”

Trudeau insisted that he and his ministers “are absolutely following our own rules, we’re following all the rules in place.”

That argument could make it harder for Liberals to vote against the Conservative motion: If they feel they are following Trudeau’s directive, they have no reason to fear letting Dawson enforce it.

As he’s done repeatedly over the past couple of weeks, Trudeau maintained that the law governing donations to federal political parties is “stringent,” capping individual contributions at $1,500 and outlawing corporate and union donations altogether. In effect, he’s contending that the limits on donations are too strict to enable anyone to buy preferential access.