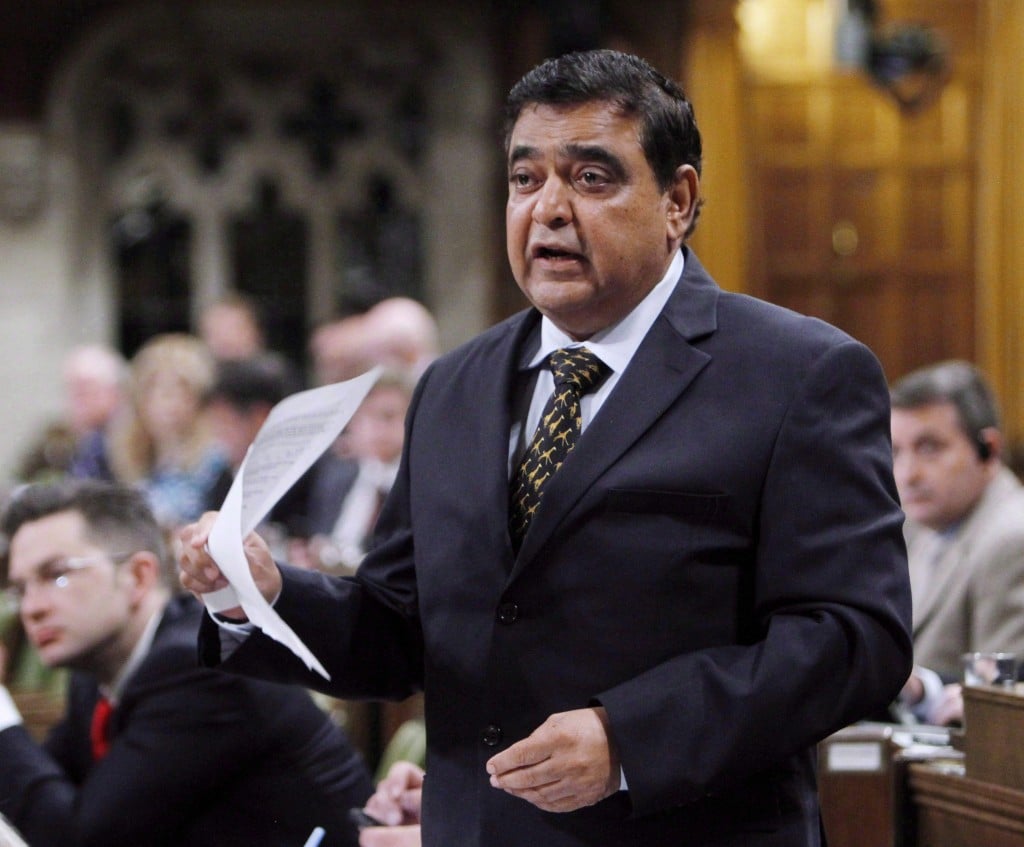 Conservative MP Deepak Obhrai stands in the House of Commons during question period in Ottawa, Friday, May 30, 2014. (Fred Chartrand/CP)

Kevin O’Leary has nothing to offer the Conservative Party of Canada and is not fit to lead the party, says Conservative MP Deepak Obhrai in an interview on SiriusXM’s Everything Is Political.

“This is like some white knight coming to save our party,” Obhrai told host David Akin.

In a Jan. 14 interview with Akin, Kevin O’Leary—the former Dragons’ Den dragon, investor and former television host—told Everything Is Political that if he ever ran for the leadership of the Conservative Party of Canada, he would do things differently.

“Wait a minute: Forget about Kevin O’Leary. Let’s build a slate of leaders that I could pull—the best and the brightest out of Canada—to run these government mandates that actually had experience running companies, employing people, supporting families, paying taxes, dealing with volatility,” O’Leary said on Everything is Political.

But that’s not what Obhrai says his party needs.

“We don’t need somebody who thinks he’s a white knight and who comes with an idea that yes, because he is a successful businessman, he can run a party,” Obhrai said. “The party is more than that. This party is built of grassroots people.”

Related: Five things we learned from our conversation with O’Leary

Obhrai was first elected to the House of Commons in 1997, and he’s witnessed the restructuring of the conservative movement in Canada with the merging of the Progressive Conservative Party of Canada and the Reform Party of Canada, while voting in four leadership races.

“During all that period of time, Mr. O’Leary was never, never to be seen,” Obhrai told Everything is Political.

Obhrai also called O’Leary out for his plan to donate $1 million to Canadian energy companies if Alberta Premier Rachel Notley resigned from office.

Related: Harper insiders make the case for why O’Leary is the wrong fit for the Tories

Obhrai, the MP for the riding of Calgary Forest Lawn, said it is insulting to Albertans for O’Leary to make such a statement.

O’Leary is polling among the top two choices for leader of the party among conservative Canadians—especially Western Canadians—second only to Peter MacKay, a recent poll from Mainstreet Research shows.

Listen to the full conversation below: