After two days of debate, motion to launch a combat mission passed 157-134 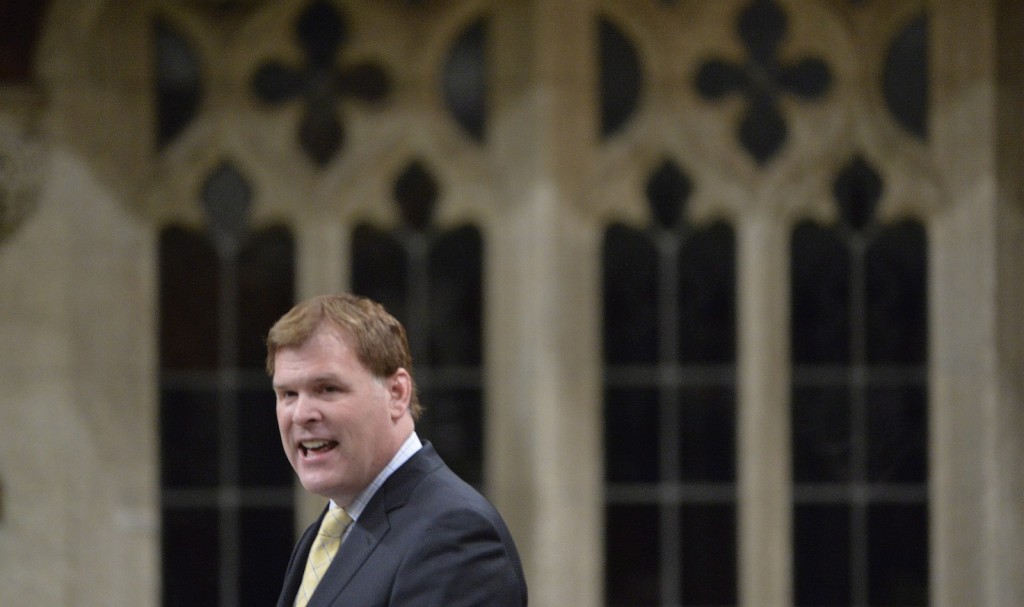 OTTAWA — One by one, Conservative MPs in the House of Commons led by Prime Minister Stephen Harper voted late Tuesday to join the war in Iraq, passing a controversial motion that clears the way for Canadian CF-18s to embark on airstrikes in the Middle East.

After two days of debate, the motion to launch a combat mission against the militants of the Islamic State of Iraq and the Levant passed 157-134.

Some 155 Conservatives voted in favour of the motion, with the help of Independent MP Brent Rathgeber and Green MP Bruce Hyer, while the NDP and the Liberals were opposed. Liberal MP Irwin Cotler abstained from the vote.

Combat missions do not ordinarily require the approval of the House of Commons, but Harper himself promised any combat mission, including airstrikes, would be subject to a debate and a vote.

Canada had initially stayed out of the U.S.-led campaign against the now-notorious al-Qaida splinter group, which is currently in control of large swaths of territory in both Syria and Iraq.

A sustained bombing effort targeting ISIL positions began in August. The following month, Canada quietly announced it would provide up to 69 special forces “advisers” for 30 days to train Iraqi and Kurdish fighters currently battling the group. At last word, 26 of those troops were on the ground in Iraq.

Those soldiers will now be part of a sustained six-month campaign that includes as many as six CF-18 fighter-bombers, two CP-140 surveillance planes, one refuelling aircraft and 600 personnel, but which expressly excludes the possibility of additional ground forces.

Joining the fight against ISIL is a responsibility Canada does not take lightly, but must not shirk, the Conservatives argued.

“There is never a good time to go to war but there comes a time in every country’s history where the necessity outweighs the risk and the urgency to defend our way of life, threatened as it is, must be defended,” Defence Minister Peter MacKay said Tuesday during a second day of debate.

“ISIL constitutes a clear and present danger to Canada and our allies.”

The government motion passed Tuesday expressly references direct threats against Canada, which presumably refers to a recently released ISIL video that Canada is mentioned, as well as an audio recording attributed to ISIL leader Abu Muhammad Al-Adnani that exhorted supporters to take up arms against “disbelievers.”

“If you can kill a disbelieving American or European especially the spiteful and filthy French or an Australian, or a Canadian, or any other disbeliever from the disbelievers waging war, including the citizens of the countries that joined a coalition against the Islamic State, then rely upon Allah, and kill him in any manner or way however it may be,” Al-Adnani said.

On the other side of the House, the Opposition NDP and the Liberals voted against the motion on the grounds that the Conservative government, maddeningly stingy with details about its plans, had failed to make a convincing case.

There are other important roles Canada can play that don’t involve dropping bombs, they argued.

The NDP had proposed an amendment to the motion that would have overhauled the motion entirely, focusing instead on supplying arms to local fighters and increasing humanitarian support. The amendment, however, was defeated 157-134.

“There are always reasons: ‘We have to finish the job, we’re not effective enough, there is more we could be doing.”’

The government needs to release more details about what else is going to happen beyond airstrikes, she added.

“We need to know what is the plan, what is the duration, is it going to help or hurt, are we dealing effectively with the humanitarian need. I think we have very many questions that have not adequately been addressed.”

The Conservatives announced an increase in humanitarian aid to victims of the conflict on Monday, promising up to $10 million for victims of sexual violence.

The government says that since the beginning of 2014, more than $28 million has been allocated to humanitarian needs in Iraq.

The opposition parties say they will continue to press for more, although Liberal MP Marc Garneau said earlier Tuesday that MPs would stand alongside the military regardless of the outcome of the vote.

“We are going to vote against what the government is proposing… (but) to be honest with you, were going to lose that vote,” Garneau acknowledged after question period.

“Once that decision is made, the government is going to put into effect the plan that it has. And of course we support our troops.”