Politics Insider for July 31: Infrastructure bank head resigns, Kinsella gone from Greens and a lot of Albertans want out 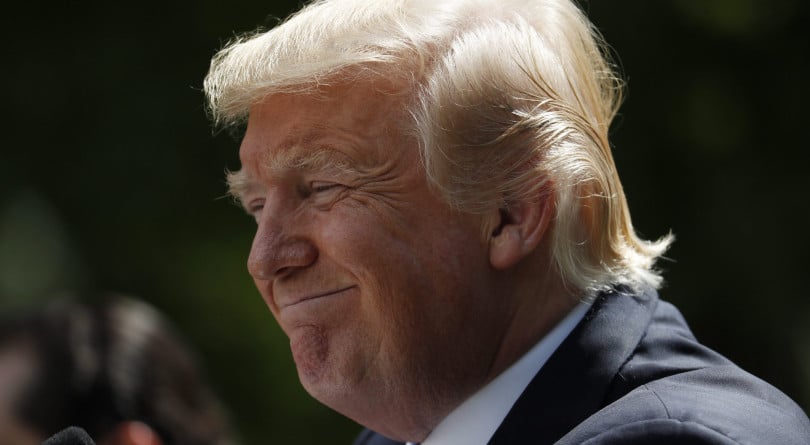 Suffering a Hann-over: The Canada Infrastructure Bank, Justin Trudeau’s big-hype, low-results initiative to pump billions of infrastructure investment dollars into the economy, has lost its boss. Nicholas Hann, head of the Crown corporation, resigned just 10 months after taking the job. John Casola, a managing director at the infrastructure bank, has taken over as acting head of investments. Not that he’ll be all that busy. The bank launched with $35 billion in funding from Ottawa in 2017 but has so far committed and lent just $3 billion on four projects, one of which was already planned. (Globe and Mail)

We’re shocked. Shocked!: So it turns out the Liberal majority on the House foreign affairs committee would rather not launch an investigation into whether Justin Trudeau’s office leaned on two former ambassadors to China to temper their comments about the country, surprising absolutely no one. While Team Trudeau has been careful in its denials — No, they say, the Prime Minister’s Office didn’t order a bureaucrat to tell the ambassadors anything, but the ambassadors aren’t wrong for saying that a bureaucrat told them that’s what the PMO did — they went after the Conservatives for calling the emergency committee meeting to vote on a probe, with parliamentary secretary to the minister of foreign affairs Rob Oliphant accusing the Conservatives of trying to score political points. (CBC News)

Gone hunter: Nunavut MP Hunter TooToo, now an independent after he quit the Liberal caucus in 2016 over a “consensual but inappropriate relationship,” said he won’t be running again this fall. In 2015 TooToo defeated Conservative cabinet minister Leona Aglukkaq who will be campaigning to get her old job back. (Canadian Press)

Warren out his welcome?: “He’s finished whatever work he was doing with us.” That was Green Party leader Elizabeth May talking about political strategist Warren Kinsella, who she’d raised eyebrows by hiring earlier this month to help set up a war room — minus the word “war,” because that’s not May’s style. Now the Toronto Star‘s Susan Delacourt is reporting the relationship is over. “I’m grateful for his help in setting it up and he’s wishing us well, but he’s not physically working in our shop. He’s not working for us,” May told the Star. It was always an odd combination, Delacourt wrote, since how could May “be serious about elevating the tone of politics while simultaneously throwing in her lot with a pundit/strategist more famous for burning bridges than building them.” (Toronto Star)

Kinsella quickly fired back at Delacourt on Twitter: “My firm is still doing work for them.” (Kinsella tweet)

It all ads up: You may have noticed a lot of federal government PSAs in recent months. While election rules introduced by the Trudeau government prevent government agencies from spending on advertising in the lead-up to elections, those rules only applied after June 30. Before that the federal government spent $17.7 million in the first quarter telling Canadians about all the swell things they’ve been doing, a 21 per cent jump from the same period the year before. As a spokesperson for Treasury Board President Joyce Murray quickly pointed out, however, that’s still small relative to the $56.2 million the Harper government spent during that time in the 2015 election year, with $11 million alone going to tout the Conservative’s federal budget. (Canadian Press)

Now everyone knows what’s in your wallet: A month after Desjardins Group admitted that the private information of 2.7 million Canadians had been leaked, Capital One has raised the danger level: the credit card company admitted that six million Canadians had their private details hacked, part of a hack that targeted 100 million Americans. While the FBI has arrested the alleged hacker, Finance Minister Bill Morneau has asked the head of the Office of the Superintendent of Financial Institutions to launch an investigation. (Global News)

While the Capital One hack has revived debate about companies and governments safeguarding personal privacy, one institution remains untouchable: Canadian political parties, who can collect all the information they want about voters without ever disclosing what information they have. “I can go to my bank, I can go to my telco, I can go to all sorts of businesses and say, ‘Please give me a copy of all the information you have about me,'” Halifax privacy lawyer David Fraser told CBC. “I can do that with government, as well, but I can’t do that with a political party, and so they remain operating in the shadows.” (CBC News)

Is it a ban or a “baaaan”: Until the U.S. confirms whether it genuinely sees Huawei and its 5G networks as a security threat, or is just using its Huawei ban as a negotiating tactic in trade talks with China, the federal government is putting off its own decision on how to handle the Chinese company until after the October election. “You do have, from time to time, senior American officials commenting to the effect that this may be resolved in the context of trade negotiations,” said Public Safety Minister Ralph Goodale. “So my request to the United States, once again, is we need clarity with respect to the United States’ position.” (Canadian Press)

Albertans are nearly as desperate to leave Canada as Quebeckers. One quarter of respondents to an Abacus Data survey said they favour separation, compared to 28 per cent of people in Quebec. (Postmedia)