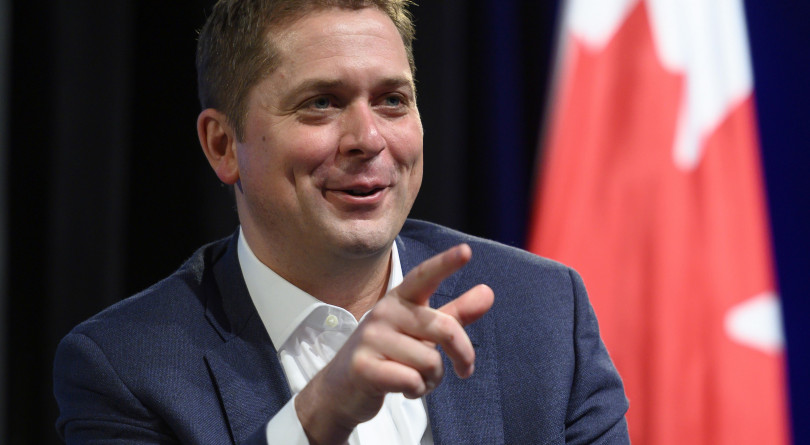 With SNC-Lavalin now a punchline on the Simpsons—as you may recall from Sunday’s episode, a planking Prime Minister Justin Trudeau skedaddled out the window on his hands at the mention of the controversy—the fallout can be measured in dollars, for Conservative fundraisers, and continued awkward questions for Trudeau.

A little fun though? While at Toyota’s plant in Cambridge, Ont. for an announcement, reporters asked Trudeau if the controversy’s higher profile from the show has him rethinking his push to help SNC-Lavalin avoid a criminal corruption trial. While admitting the two-month saga “was not entirely a fun process to go through,” Trudeau said the internal division it sewed distracted his government from its work for Canadians. (Twitter video)

Scheer’s SNC ATM: For Andrew Scheer‘s Conservatives, on the other hand, the controversy translated into a record fundraising haul—the party raised more than $8 million in the first quarter, the most for any party during that period. And the Tories are still cashing in, harnessing Trudeau’s threat to sue Scheer for libel over the latter’s SNC comments to raise an additional $100,000. (National Post, Globe and Mail)

It’s on*:  The writ for Election 2019 may be months away from being dropped, but you wouldn’t know it from Monday’s hectic political schedule:

Shake on it: The three main political parties signed onto a global pledge not to use fake news and digital manipulation in the upcoming election campaign. Former NATO secretary-general Anders Fogh Rasmussen, heading up an initiative to tackle foreign election interference, got the backing of all three party leaders. “In a couple of years, you’ll have a perfect technology where you’re not able to identify with your own eyes and ears who is the fake and who is the true edition of a political leader,” he told the Globe. “You can imagine if a deep-fake video, for instance, is published a couple of days before an important election [what] damaging effect it could have.” (Globe and Mail)

Free the peas: What started with China’s refusal to buy Canadian canola as an apparent way to punish the country for the arrest of a Chinese telecom executive has now spread to peas and soy. Shipments are being held up at Chinese ports, prompting buyers to avoid the Canadian goods. Says one Canadian agriculture exporter: “They’re basically sending out the signal, ‘You buy from Canada, we’re going to make your life difficult.” (CBC News)

And the hits keep coming. China has sentenced another Canadian to death for drug trafficking, the second since the arrest of the Huawei executive. (Globe and Mail)

Meanwhile Beijing is drawing up a hit list of further Canadian corporate targets to go over in retaliation for the arrest, according to former Canadian ambassador to China Guy Saint-Jacques. China has asked its regional governments to create an inventory of Canadian businesses to go after. (CBC News)

While Trudeau said Monday that help is coming to canola farmers in a few days, Scheer wants the government to pull the $256 million it agreed to provide to China’s development bank over five years: “I believe that when a country stands up for itself and shows that there are consequences to mistreating our citizens and blocking our exports that that will be when China recognizes that they should not pursue this course of actions.” For what it’s worth, that $256 million accounts for about 0.2 per cent of the subscribed capital of the Asian Infrastructure Investment Bank. (Canadian Press)