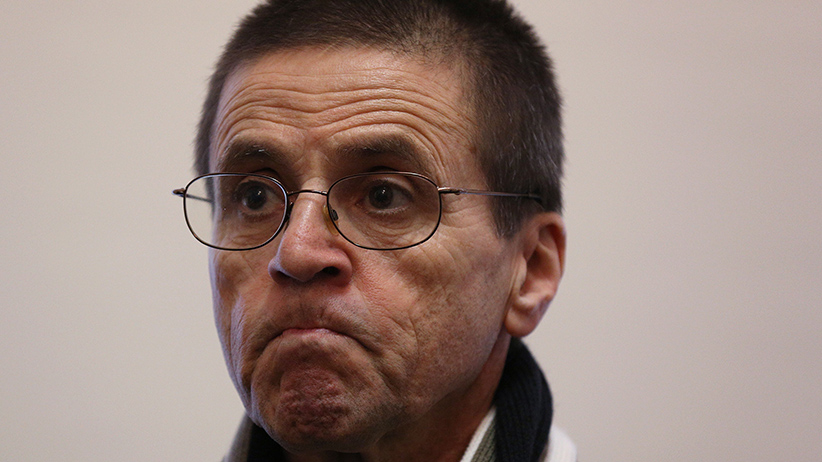 Back in Canada after being held for three years in a French prison on terrorism charges that were finally dropped for lack of evidence, Hassan Diab said today that he doesn’t want a penny in compensation for his ordeal, but asked for a review of the “lousy law” that saw him extradited to France in 2014.

Even before Diab’s plainspoken plea for reform, which he made at an emotionally charged news conference in Ottawa, critics of Canada’s extradition law were in the early stages of organizing a push for exactly that change. Robert Currie, a professor at the Schulich School of Law at Dalhousie University in Halifax, told Maclean’s he is organizing a coalition of legal experts and human rights advocates to come up with proposals, and then ask Prime Minister Justin Trudeau’s government to act on them.

“The idea is to take advantage of the fact that there’s a bit of momentum in the Trudeau government around reforming our criminal law generally,” Currie said. “[Extradition] is not criminal law, but it’s got criminal aspects to it.” He added that the disturbing story of what happened to Diab has persuaded him, and other experts, that “the time is very ripe for serious discussions.”

In an emailed statement, Justice Minister Jody Wilson-Raybould’s office said the Diab case has left the government open to considering reforms. “The Minister of Justice and Attorney General of Canada always works to ensure that all federal laws are consistent with the Charter, the rule of law, and the highest standards of justice and fairness,” the statement said. “The minister is seeking guidance from her officials regarding the effectiveness of existing protections in the Extradition Act, and has asked them to look at any lessons learned in relation to this case.”

Diab, now 64, was born in Lebanon and received his doctorate in sociology in the U.S., before moving to Canada, where he lectured at the University of Ottawa and Carleton University. He became a Canadian citizen in 2006, was arrested by the RCMP in 2008, and then, after a lengthy legal battle, extradited to France in 2014.

French authorities had come to suspect him in their investigation of a 1980 bombing outside a synagogue in Paris that killed three people. In 2011, an Ontario judge ruled that even though the evidence against Diab was “weak, convoluted and confusing,” and that he was unlikely to be convicted in any fair trial, the French had nonetheless presented “a prima facie case against him which justifies his having to face a trial in that country.”

Currie said the problem is that Canada’s extradition law, which dates back to 1999, was designed to make the process “a bit leaner administratively,” speeding up extraditions in cases of crimes that transcend borders. “It’s working pretty well on the whole, but there are problem areas where we need to insert some pressure valves to make the process a little fairer for individuals who are in exceptional or complicated cases.”

The system now operates on the presumption that countries with which Canada has signed extradition treaties—like France—generally seek extradition only when they have reasonable grounds. “It is basically impossible to make any kind of challenge to extradition on the basis that the requesting state’s case is too weak,” Currie said. The key precedent came in a 2006 case known as Ferras, in which the Supreme Court of Canada ruled that a judge hearing an extradition case would need to conclude that the evidence being put forward by the country seeking extradition was “manifestly unreliable” in order to refuse the request.

Diab now looks likely to become a powerful ally for lawyers who want the law changed to give judges more leeway to question the evidence presented by foreign countries. His avowal that he does not seek financial compensation is bound to enhance his credibility. “I don’t want any penny from the taxpayers in Canada,” Diab said today. “I just want to avoid this prospect of having innocent people in this ordeal again.”