Why targeting foreign homebuyers may not improve affordability

Stephen Harper knows foreign buyers in Canada's housing market is a hot issue even beyond Vancouver. Now what? 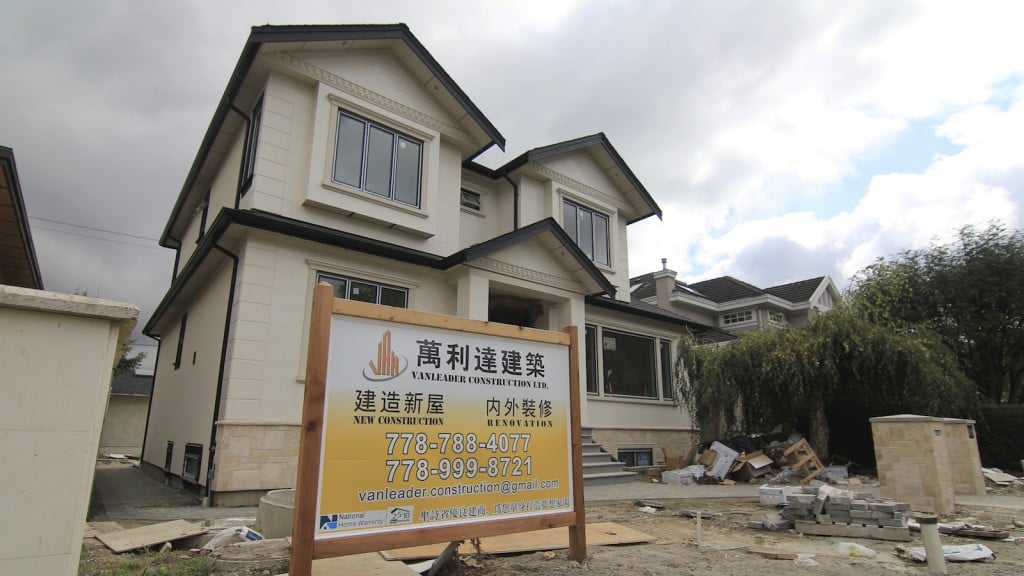 Stephen Harper stood by the waterfront in North Vancouver on a beautiful, sunny Wednesday last week—the kind of day that makes the city so attractive to foreign investors, and so unaffordable for others. With Vancouver’s glass skyline as a backdrop, the Prime Minister noted that 15 per cent of housing units in the city sit empty, collecting dust. “No dreams are living there,” he said. “If such foreign, non-resident buyers are artificially driving up the cost of real estate, and Canadian families are shut out of the market, that is a matter we can and should do something about.”

To address the foreign ownership question Harper picked Vancouver, where the debate over offshore buyers is most acute—after all, Vancouver is the second most unaffordable housing market in the world, according to a Demographia International Housing Affordability Survey, trailing only Hong Kong. But with the election two months away he was no doubt aware it would resonate across the country. Just last year Toronto’s condo king Brad Lamb made waves when he suggested foreign buyers account for half of the city’s condo market. Meanwhile in Montreal, Harper’s sudden focus on offshore buyers has some realtors worried. “We need the foreign buyers because they are buying all the high-end real estate,” Joseph Montanaro, a realtor with Sotheby’s in Montreal, told the CBC.

There were two distinct points to Harper’s statement in Vancouver—the “if” and the “then”—but his campaign pitch was focused almost exclusive on the first part. Canada doesn’t collect citizenship data of real estate ownership, meaning that much of the talk about the trials of citizens competing against foreign capital relies primarily on anecdotal evidence. And so Harper pledged, if re-elected, to put $500,000 toward tracking that level of foreign buying in housing markets.

Many welcomed Harper’s promise. Vancouver-based real estate analyst Richard Wozny says there’s no way to rationalize the local market, where sky-high prices have made it impossible for residents with average incomes to buy homes. “Data may help explain things,” he says. “It would help you understand price appreciation and you could then design something that would moderate the impact, making it more in line in the local market.”

But if the data does indeed confirm that foreigners are swamping the country’s major urban centres, the question about what Harper would do about it remains up in the air. Harper didn’t elaborate on what specific regulations, if any, he would implement to tame offshore buyers.  However a Conservative party background document on the issue points to countries like the U.K. and Australia, which have adopted certain policies, without saying which ones are being considered here.

Earlier this year, Britain implemented a capital gains tax for non-residents selling property in the country, however it was a tax that already applied to British sellers. As of April foreign buyers must pay up to 28 per cent of the profits they earn when selling their homes, though it’s not yet clear whether the move has dampened enthusiasm for London properties among rich foreigners.

And what about down under? “Australia provides a fine example and some guidance,” says Wozny. “[Their regulations] are all fair and logical.” To combat rising house prices in Australia, often attributed to rich Chinese investors driving up the market, rules were put in place restricting foreigners from buying homes that were previously owned or occupied for longer than a year if they plan to use them as a rental property or vacation home. The move effectively limits foreign buyers to newly built properties. As for foreigners living in Australia temporarily—such as those buying a home for their child entering Australia for university—they are restricted to purchasing one property in the country as a primary residence, and must sell it when they leave.

Australia has other nuanced regulations for how quickly foreigners must build on vacant land, and others that limit foreign buyers from purchasing investment properties. Those who flout the rules in Australia can face stiff fines and even up to three years in prison. And yet, despite all the restrictions, home prices in Australia jumped by about 10 per cent over the last year.

So there are genuine questions as to whether targeting foreigners in Canada will make homes more affordable for Canadians. Some argue it may even do more harm than good. “Are you going to introduce some additional charges with non-residency ownership?” asks Richard Bell, a Vancouver-based real estate lawyer with Bell Alliance. “And what’s the impact on the market if you were to do that?”

At the end of the day, it’s all about supply and demand, Bell says. “Let’s say you create a surcharge that costs [foreigners] $50,000 more [to buy real estate in Vancouver.] So? Are they not going to buy in the most beautiful city in the world?”

Critics of measures targeting foreign buyers, who in the case of Vancouver in particular hail mostly from China, also say a clampdown would be xenophobic. “If this was a bunch of folks from England buying property on the West Coast, would we be having the same discussion?” says Bell.

Instead, Bell argues there are other explanations for why real estate prices are soaring: low interest rates, increased urbanization, the generational wealth transfer, for example. “What’s unfortunately being focused on is the offshore buyer and their impact is largely in the very-high end of the market,” he says.

Collecting data on foreign real estate ownership will provide “interesting information,” Bell says, but it will do little to address eroding affordability.