Politics Insider for Sept. 7, 2021: The Liberals stop their downward spiral; the campaign focuses on guns; and more tough questions for the front-running Tories 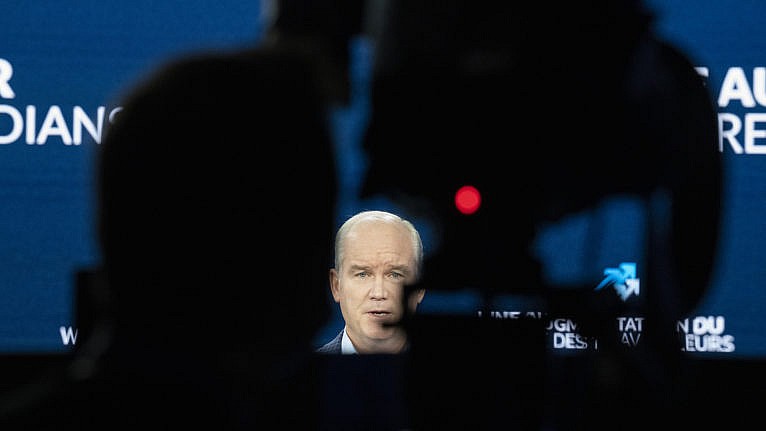 O’Toole favoured at the moment: The Liberals seem to have stopped sliding but have yet to regain the ground they’ve lost to the CPC, Philippe J. Fournier writes in Maclean’s. After plugging updates into his model from 11 polling firms last week, here is how the race looks to Fournier: CPC 35, LPC 31, NDP 20, BQ 6, PPC 4, GPC 3.

As of this writing, the most likely scenario is a CPC plurality. Obviously, we must stress that Erin O’Toole would not automatically become prime minister should his party win the most seats but fails to secure a majority. In Canada, we elect Parliaments, not prime ministers. Should the final seat count be very close, one would bet that Justin Trudeau would probably try to secure confidence of the House before throwing the towel and handing the reins to the Conservatives. The final two weeks of this campaign will be crucial for both Justin Trudeau and Erin O’Toole, especially considering the two national Commission debates will take place this week (Wednesday, Sept. 8 in French and Thursday, Sept. 9 in English). Even though a majority government of any colour appears highly unlikely at this point in the race, the 338Canada model currently counts no fewer than 52 “toss up” ridings in the country. Anybody who tells you with conviction that they know precisely how this election will unfold may suffer from overconfidence, because the available data currently shows anything but clarity.

Also, there’s lots of information to mull over in Abacus’s latest poll, a 2,692-voter survey, with data on shifts thus far and information on who might yet change their mind (a lot of New Democrats).

Gun battle: Some of the most intense exchanges of the election so far took place over the weekend, with Erin O’Toole forced to parry Liberal attacks on gun control after he seemed to misrepresent his plans during the TVA debate last week. By Sunday he had reversed himself on a platform promise to overturn a ban on some 1,500 “military-grade weapons,” CBC reports, although there would be a review, which he was still explaining Monday, would be conducted at arm’s length.

Tom Mulcair has an interesting column on the dispute, concluding that Trudeau and O’Toole are both engaged in “phoney” war on guns.

O’Toole’s statement during the TVA debate was, like Trudeau’s past promises, an equivocation. Both protagonists in this gun control phoney war are playing hide and seek. Trudeau with his failure to act during the six years he’s been in power, O’Toole with his real intentions. Trudeau is promising to finally get it right if only Canadians will elect him for a third time. Problem is, he’s had six years to do it and hasn’t. O’Toole is promising to maintain the restrictions and carry out an objective review. Problem is, he’s already tipped his hand as to what that review should conclude.

Chameleon: In L’actualité, Chantal Hebert traces the evolution of O’Toole’s positions (translation) and points to the difficulty of knowing how he would govern.

For some columnists, this performance worthy of a chameleon is a strategically laudable elasticity. Critics of the Conservative leader rather see it as a disconcerting ease—even in the context of a political campaign where many verbal pirouettes are allowed—to use double talk.

Slippery? Your correspondent also has a column, focusing on what the exchange tells us about the leadership style of O’Toole, which you might consider disciplined or you might consider slippery, depending on your perspective. Either way, if O’Toole is the frontrunner, it is time for greater scrutiny of him and his plans.

$100-billion platform: Speaking of greater scrutiny, the Star has taken a long look at O’Toole’s (as-yet uncosted) platform and estimates he plans to spend $100 billion over the next decade, and balance the budget without cuts in the same period, which raises some questions.

Whether that is technically possible—and, of course, barring any future financial crisis—it’s a change in tone from the Conservatives, who have traditionally been big on balanced budgets. “This is not something new for the Liberals because Justin Trudeau has been saying the same thing since 2015 … [when] he ran to the left of [former NDP leader Thomas] Mulcair on budget and fiscal policy,” said Daniel Béland, director of the McGill Institute for the Study of Canada, in an interview with the Star last week.

No transparency: O’Toole will not say what percentage of Conservative candidates are unvaccinated, the Globe reports.

Saini out: Also over the weekend, Trudeau was pressed over the way his government handled the case of Raj Saini, who dropped out Saturday after, the Liberals said, there was fresh information about allegations of harassment, which he denies. Trudeau would not reveal the nature of the new allegations, the Globe reports, and lamented the impact on the campaign: “Obviously this is a far-from-ideal situation that we no longer have any candidate in that riding. There’s going to be lots of reflections on what we could have, should have done differently.”

Diminished Trudeau: In Maclean’s, Andrew MacDougall has a column on the diminishment of Trudeau, and what he sees as a strategic error the Liberals have made by having the Prime Minister front and centre in the campaign when voters are not as keen on him as they once were.

And even if the Liberals haven’t noticed the diminishment of their star, it appears the voters have. Trudeau’s personal popularity is down in recent polls, and Liberal canvassers are telling media outlets things like their constituents are ‘sick and tired’ of the Prime Minister. It’s an almost unimaginable circumstance given the historic intensity of Trudeaumania 2.0.

A thousand days: Terry Glavin has a column in Maclean’s marking a terrible milestone: It has been a thousand days since China locked up the two Michaels. Glavin notes the Conservatives have promised a different approach, and expresses disgust at the Liberal record on relations with China.

Beyond paralysis, everything the Trudeau government has done on the China file suggests a policy of appeasement and issues-management. It’s been as though Beijing’s outrage against international norms is just an unpleasantness we need to somehow put behind us so that the Liberals’ conventional enthusiasm for deeper intimacies with the Chinese regime can resume in the work of enriching the corporations affiliated with the Canada-China Business Council.