David Johnston: Before abolishing the monarchy, know what you're getting into

The outgoing governor general speaks with Paul Wells about the rise of distrust in Canada, Harper's 2009 prorogation of Parliament, and what he plans to do next

At seven years, David Johnston’s tenure as Canada’s governor general has been a little longer than the norm — the longest since Georges Vanier held the office from 1959 to 1967 — and it has covered a turbulent period in Canada’s political history. Johnston, a lawyer and university president before he came to Rideau Hall, welcomed Maclean’s to a sunlit corner of his official residence for a valedictory interview as he prepares to leave office on Oct. 2. Johnston was candid about the two prime ministers he’s served, the debates that surrounded his appointment, and the inevitable debate over the future of the monarchy in Canada.

Q: After just about seven years in Rideau Hall, I wonder whether you’re anxious to leave, or sorry to leave?

A: Certainly not anxious to leave. It’s been a wonderful seven years. But appropriate to leave. One is asked to do these things, typically, for a five-year term and I was asked to stay on for a further two years. It’s been a joy for my wife and myself to see the country as we have.

One operates one’s life in a series of stages. I’ve been in universities all my life and typically you take an administrative appointment for five years or six years, always expecting you’ll return to being a professor — I’m a professor of law. And I guess that’s the way I see my life: Doing this for seven years, and doing it as well as we can, then moving on to the next stage with many more good things to do. 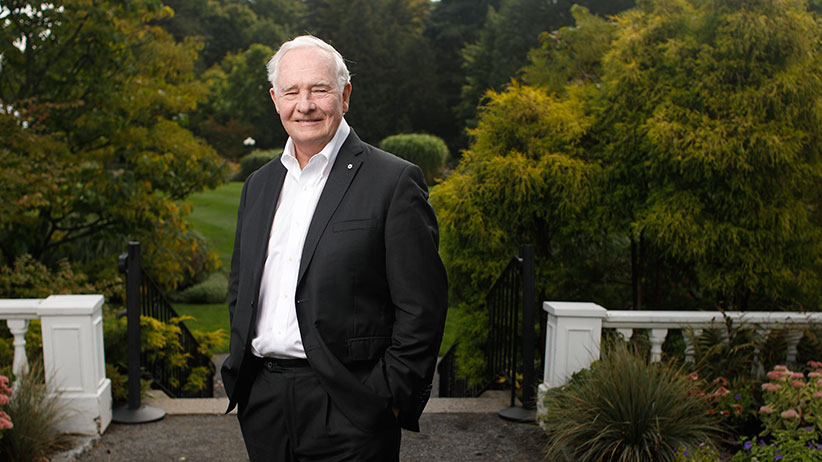 Q: I went back and re-read some of your speeches, including your installation speech. I was struck by how, right from the beginning, you used a term you’ve used in countless public moments since then, which is that Canada is a “smart and caring nation.” Why was that important to you as a theme?

A: First of all, because it touches the most fundamental values of the country. We’re a country that does have a concern for our neighbour. We think beyond ourselves and our immediate family. And throughout our history we’ve had a sense of trying to ensure that collectively we raise our communities. And try to ensure that equality of opportunity functions for all of our people, not just selected portions of our population. At the same time I think we try to do that as sagely, as wisely as we can, and that’s the “smart” part. Especially through our public education system, one tries very hard to ensure that the opportunity to develop one’s talents to the full are available to all of our citizens.

Now, intuitively, you’d think for the last 20 per cent of the population, you’ve got to be up there in the top one, two or three — rising tide lifts all boats. We’re in the bottom third. Bottom third. That’s such a stark contrast. And why is that so? it’s because we have pockets of our population where that equality of opportunity just doesn’t work. Four or five per cent of our population are indigenous people. You know the social indicators as well as I; they’re totally unacceptable. Areas of our inner cities where two or three generations simply don’t benefit from the equality of opportunity that we see through good public education.

Q: Can you tip your hand as to your next role after you leave Rideau Hall?

A: It’s by no means definite. I’ve been anxious not to be fixing my next engagement while I’m still in this one. But I’m a law professor. I’ll continue to write law books. We’ll probably do a book called Trust In Canada, looking at the concept of trust. What it is, why it’s important, how to encourage it. The Edelman Trust survey, for the first time in eight years, Canada is a “distrustor nation.” More than 50 per cent of our population don’t trust their public institutions. So we’re now in the middle of the pack on that. We used to be in the top third.

Q: You came to office in 2010, at a time when trust in the office had been strained: by the coalition crisis of 2008, by your predecessor’s decision to grant prorogation to Stephen Harper. Do you have anything to say about that decision? It’s still being debated today by scholars.

A: We should know more about the conventions of prorogation and dissolution. They’re two different concepts. Prorogation is in fact granted quite commonly throughout the tenure of a particular government. It’s on the advice of the prime minister. And a theorist would say that only in the most exceptional circumstance would the governor general exercise a right or power that the governor general has to postpone or somehow deter prorogation. Because that would be assuming to a non-elected authority, the authority that normally lies in the hands of the people who are elected to serve the country. 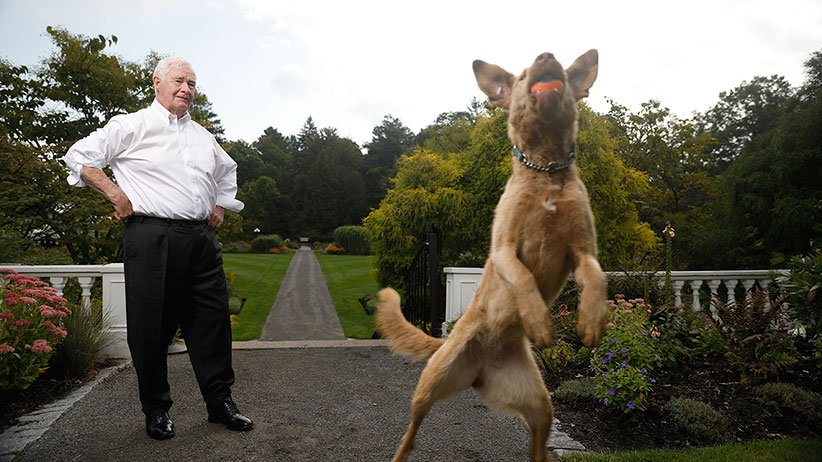 Q: So the guy — Stephen Harper — who came to visit her on that day, he was the prime minister, he was advising the governor general and she should take the advice? It’s that straightforward?

A: I don’t want to get into a specific case of what’s right or wrong. What I do want to emphasize is the importance of understanding those conventions. There is a theoretical basis for them, and whether one exercises them or not is a judgment in a particular circumstance.

We live in a constitutional monarchy with a parliamentary democracy. Our democratic institutions must function well, and in a democratic fashion. Meanwhile, the governor general has certain responsibilities. The most important might be the responsibility Bagehot described as “advising, encouraging and warning.” Warning would happen very infrequently but you certainly would use the power to warn before you would do anything as calamitous as denying a piece of legislation.

Q: Would anyone ever find out about that, besides the prime minister and the governor general in question?

A: Probably not. Certainly not from the governor general.

Q: When you were named to this office, very soon after that crisis, to what extent did you feel like your job was to get that sort of question right the next time it was put to you?

A: I felt highly responsible. I’m a lawyer by trade. So first of all, we looked for the precedents we could gather, and then systematically we put together a table of potential questions that could arise – minority government, etcetera — then what we thought would be the answers to those questions and the principles on which those answers were based, and then the precedents, especially the Canadian precedents, both federally and provincially. And we’ve shared that as a confidential document with the other vice-regal members.

Q: What has your rapport been like with the two prime ministers you’ve worked with, Stephen Harper and Justin Trudeau?

A: My rapport with both has been very, very good. They’re different individuals. Mr. Harper was very disciplined in the meetings we would have, and would have a series of issues on which we would exchange views. Mr. Trudeau is more informal and very spontaneous. I’ve known him for a long time because our children played together with him and his two brothers as lovers of skiing. So we’ve known him since he was six. It’s been a friendship for a very long time.

Q: Your other main interaction is with the Queen. Tell me about your last visit with her.

A: It was a bit nostalgic there because we both knew it was the last time we would see each other in this capacity. Of course the Queen is now 91. She’s remarkably physically and mentally acute, and it’s wonderful to be with her. We’ve found both her and her husband so down to earth, so warm, and in her case so very wise. Each time we’ve had the chance to meet I’ve had the sense of someone who’s seen more history than any other living person. It’s been quite a thrill to interact with her.

Q: She’s been the monarch for every Canadian-born governor general, from Vincent Massey to you. When her reign ends, would it be an appropriate time for a debate about the role of the monarchy in Canada?

A: Well, I’m sure there will be, as this debate is going on at all times, and appropriately so in a democracy. And other realms in the Commonwealth will have that debate. My own view is that we have an Act of Succession, the succession is clear, and my role and that of the other members of the vice-regal family is to make that as smooth as it possibly can be.

When I do get into these debates, very often with schoolchildren, I say, ‘You know, Canada has evolved since 1867. We’re the product of a thousand years of constitutional history. We’ve made changes, when changes were appropriate, in how we govern ourselves. But always be conscious of what it is you want. And if you’re making change, why that change seems quite compelling, and what you’re getting into. And if you wanted to name 10 countries around the world that seem to have government that pretty well satisfies the needs of the vast majority of people and has a degree of trust, you’d probably have on that list: Denmark, Sweden, Norway, the United Kingdom, Netherlands, Australia, New Zealand, Canada. What’s common to those? They’re all constitutional monarchies with vigorous parliamentary democracies. So something has been working well for us.