Death, fear and polling: What security will mean for the election

The economy was supposed to drive the federal election. Then came the death of a soldier, Bill C-51, a major speech, and a terrorist’s last words. 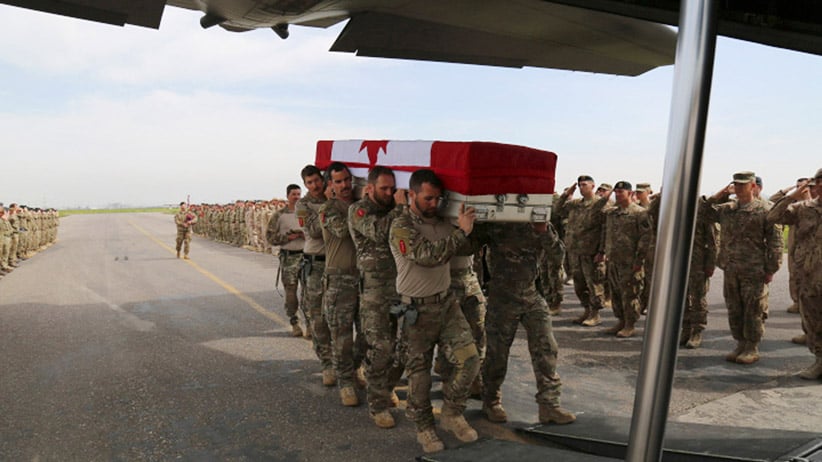 Few assumptions in federal politics have gone unchallenged for as long as the one that the next election will be won or lost on economic issues. But uncontrollable events, and the political calculations that follow them, are now casting doubt on that received wisdom. The death of a Canadian soldier in Iraq earlier this month, the release of the cellphone video that Michael Zehaf-Bibeau made just before he murdered a Canadian soldier standing guard at the National War Memorial last fall, the clash over Prime Minister Stephen Harper’s sweeping new anti-terrorism legislation—all these developments, and more, have combined to vault security to the top of the political agenda.

In a hard-hitting speech this week, Liberal Leader Justin Trudeau raised the stakes even higher, accusing Harper’s Conservatives of trying to exploit an anti-Muslim undercurrent in the fear of terrorism. “Their approach to politics might work in the short term, but it is corrosive over time,” he said. Trudeau seemed to be making a bid to recast his rivalry with Harper as a matter of fundamental principles. Pundits and politicos had been confidently predicting that the defining contrasts among the Conservatives, New Democrats and Liberals would crystallize around economic issues, such as taxation or boosting the middle class. And with the election still perhaps seven months off, a swing back to economic themes remains a strong possibility. But those pocketbook policy distinctions suddenly look tepid, compared with the emotionally heated matters dominating Parliament Hill debate.

Related: Paul Wells on Trudeau’s speech and a Liberal take on liberty

Harper’s Anti-Terrorism Act, now being studied by a House committee, seeks to expand the powers of the Canadian Security Intelligence Service (CSIS), with no new oversight, in ways that some legal experts warn might undermine individual rights. The government is expected to decide later this month whether to renew Canada’s military mission against Islamic State extremists—and will face renewed questions about the real nature of that non-combat deployment—after Sgt. Andrew Joseph Doiron was killed near the front lines when Canadian special forces were mistakenly fired on by the very Kurdish fighters they were sent to Iraq to help train and advise. 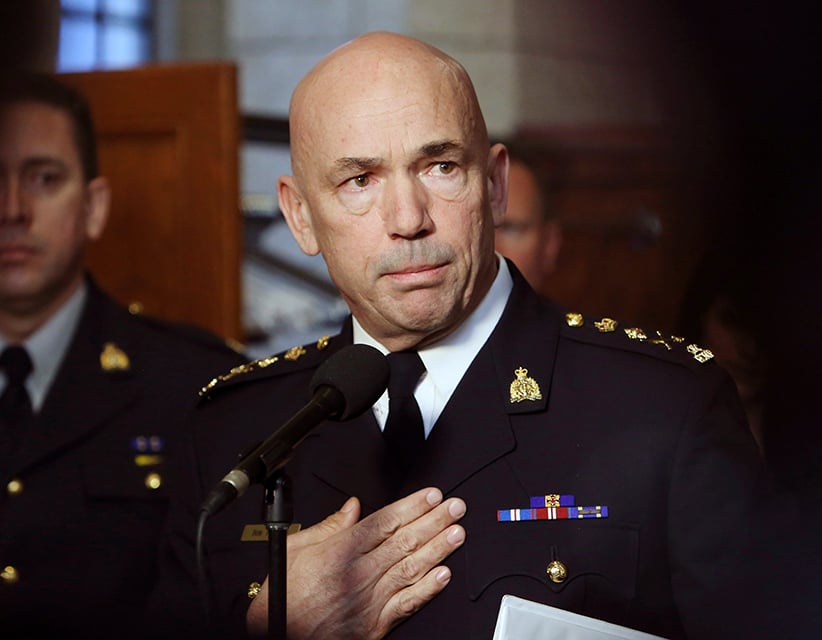 Equally fraught is Harper’s decision to fight a judge’s ruling that went against his policy of not allowing veils at citizenship ceremonies. Last month, the Prime Minister framed his decision to appeal that judgment by calling the way a small minority of Muslim women cover their faces “not how we do things here.” That choice of words would have raised eyebrows any time, but especially against the backdrop of his push to expand CSIS powers to combat what he calls “extreme jihadists,” and the expectation that he will seek to extend the Iraq mission. Liberal MP Ralph Goodale, Trudeau’s deputy leader, says he suspects Harper’s real aim in all this is to deflect attention from an iffy economy. “The middle class, and those working so hard just to get to the middle class, are not very happy about their economic performance,” Goodale said. “He may be trying to turn the page.”

Pollster David Coletto, of the Ottawa-based firm Abacus Data, says security still ranks well behind perennial top-rated concerns such as job creation and health care, but terrorism has been an increasing preoccupation since last fall, when Ottawa first sent special-operations troops into Iraq. Last August, just six per cent of Canadians surveyed in Abacus’s monthly poll on issues rated “public safety and terrorism” among their top three concerns; by last month, that had tripled to 18 per cent. Still, predicting how much weight voters might put on security in the federal election is far from straightforward.

Coletto says he suspects Canadians answering polling questions are reluctant to admit to fretting too much about terrorism. Yet the topic comes up so regularly when his firm conducts focus groups, he’s certain many Canadians can’t help worrying about it. “It’s a really complicated issue that plays effectively into this whole fear idea,” he says. “People are just scared.” As concern about public safety has risen, so, too, has support for the Conservatives. “We’ve seen that when it’s in the news, they are benefiting,” Coletto says. After trailing Trudeau’s Liberals for many months, Harper’s Tories enjoyed a polling rebound last fall, which pulled them into a virtual tie. By last month, Abacus pegged the Conservatives at 35 per cent, the Liberals at 34 per cent and the NDP at 21 per cent. 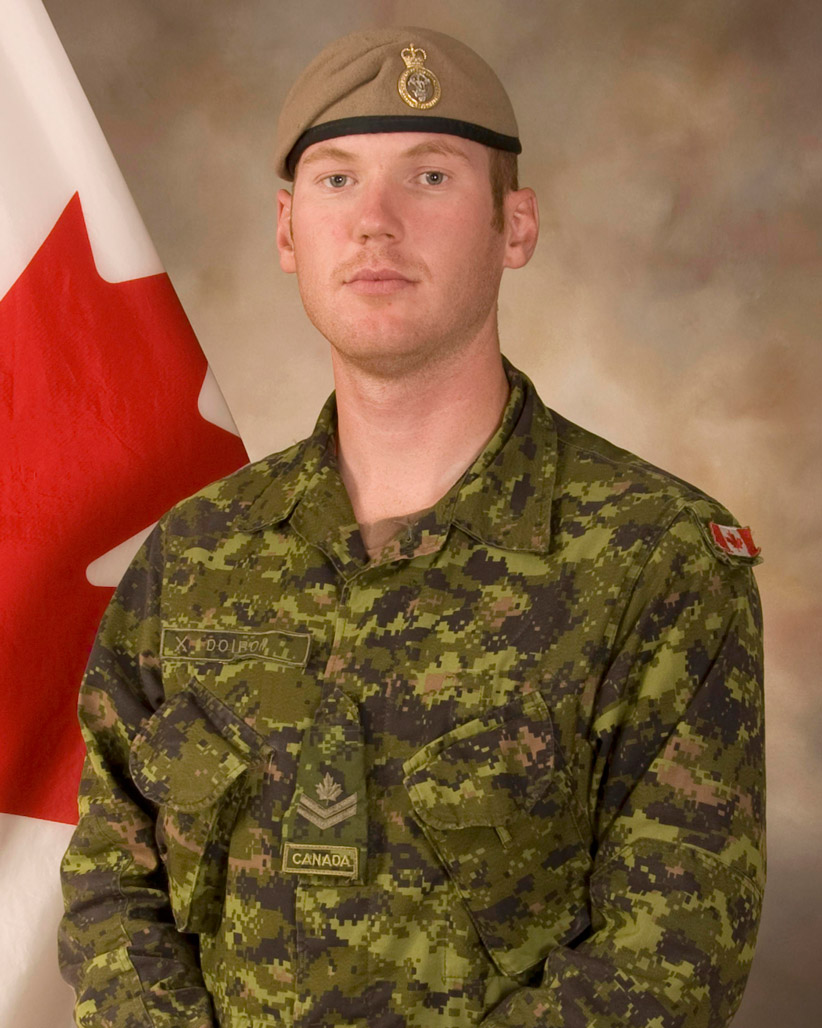 Coletto sees Trudeau facing the trickiest challenge of the three major party leaders, when it comes to positioning himself on security. NDP Leader Thomas Mulcair flatly opposes the Anti-Terrorism Act. Trudeau has pledged to vote for Harper’s bill, but amend the law if the Liberals later form a government. That balancing act suggests he’s trying to appeal to both centre-right voters, who might consider backing Harper, and centre-left voters, who might be tempted by Mulcair.

In his major speech on Monday in Toronto to the McGill Institute for the Study of Canada, Trudeau focused not on arguments about how to combat terrorism, but on standing up for fundamental rights. He aimed barbed rhetoric at the Prime Minister’s stand against face veils being worn during the swearing of the citizenship oath. “For me, it is basic truth that prime ministers of liberal democracies ought not to be in the business of telling women what they can and cannot wear on their head during public ceremonies,” Trudeau said. He acknowledged the misgivings of Canadians who see the issue as one of women’s rights, but dismissed Harper’s motives as not genuinely feminist. “We all know what is going on here,” Trudeau said. “It is nothing less than an attempt to play on people’s fears and foster prejudice, directly toward the Muslim faith.”

The government’s key voice about the matter is Defence Minister Jason Kenney. As immigration minister back in 2011, he imposed the ban on face coverings during citizenship oaths, which a federal judge ruled earlier this year violated the constitutional rights of an immigrant woman from Pakistan, who challenged the requirement that she uncover her face. Kenney slammed Trudeau for saying that Canadians “should all shudder to hear the same rhetoric that led to a ‘none is too many’ immigration policy toward Jews in the ’30s and ’40s, being used to raise fears against Muslims today.” Kenney fired back: “To compare anti-Semitic immigration restrictions during the Holocaust to a request that people take the public citizenship oath publicly demonstrates a grotesque lack of judgment on his part.”

Kenney said most new Canadians, including most Muslim immigrants, approve of the ban on veils during the ceremony. “It seems to me that there’s a point where some politically correct Liberals suspend their ability to think critically about these things, and to actually see some nuance and make some distinctions,” he said. Most newcomers, Kenney argued, understand the difference between respecting cultural differences and defending Canadian values. “They don’t believe that multiculturalism should be misconstrued as cultural relativism,” he said.

With his blunt speech, Trudeau succeeded—and not for the first time—in making his fight with Harper the main event in the federal arena. That leaves Mulcair and the NDP in the all-too-familiar position of struggling to assert their relevance. NDP MP Randall Garrison, the official Opposition’s public safety critic, stressed the need to keep pressing the Conservatives to justify their policies. “We need actual information,” he said. “What are the threats, and how do we intend to meet them? Whether that’s on the intervention in Iraq or on Bill C-51, the government hasn’t answered clearly.”

Garrison also said the NDP will call for practical techniques for opposing extremism. For instance, he said the anti-terrorism bill doesn’t propose any new programs to counter radicalism among Muslim youth. And he noted that RCMP Commissioner Bob Paulson—in testimony last week before a House committee when he released the Zehaf-Bibeau video—said he has had to shift the equivalent of 600 Mounties and other employees to counter-terrorism efforts, away from other police priorities, such as investigating white-collar crime and illegal drugs. “If we’re not properly resourcing the RCMP, then I don’t believe there’s any way we’re actually using the existing powers to their fullest,” Garrison said.

Mulcair’s unequivocal rejection of C-51 might appear to give him a chance to upstage Trudeau. By comparison, the Liberal position looks hedged. But Trudeau’s speech commanded a lot of attention, at least to the issue of the citizenship ceremony. He’s counting on even those who might dislike the niqab to respect an individual Muslim woman’s choice to wear one. “I think Canadians’ natural instincts will be on the side of understanding and tolerance,” Goodale said. Even more than police powers or military deployments, the freighted symbolism of a veiled face has, at least for the moment, changed calculations about what really matters in this election year.