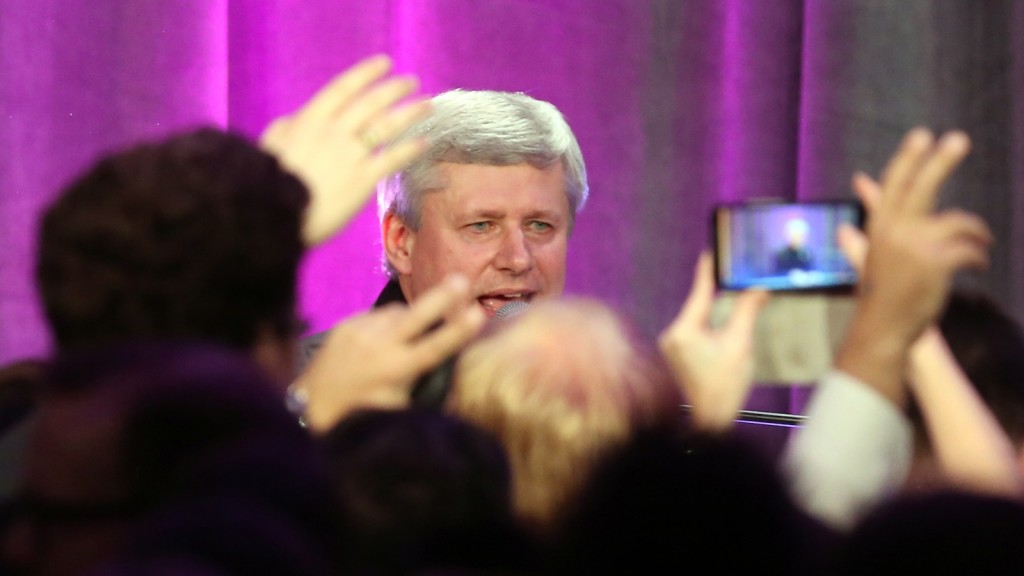 Harper was on keyboards and lead vocals with his new band the Van Cats (as in 24 in French, 24 Sussex), and played the Guns N’ Roses tune “Sweet Child O’ Mine” to round out the night.

Wearing black from head to toe, he spanned the musical decades with songs by Buddy Holly, the Beatles, Johnny Cash, Grace Potter and the Nocturnals, and the French version of “Silent Night.”

Harper also sang John Denver’s “Country Roads,” changing some of the lyrics to refer to Alberta instead of West Virginia.

The prime minister has played piano or keyboards for the cameras several times before, including at the National Arts Centre Gala in 2009.

Members of Parliament, party members from the region, and political staffers took phone photos and danced in front of the stage where Harper played several numbers. Here is some of that footage: