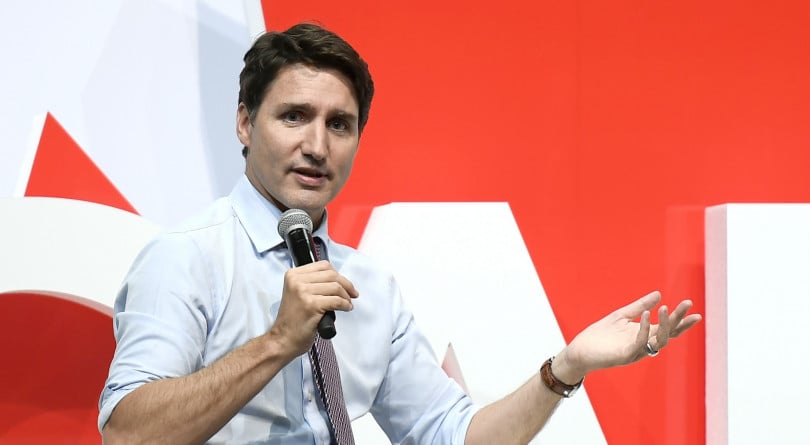 Not so far-fetched after all: After Jody Wilson-Raybould revealed last week that she would run as an Independent in the next election, much of the commentary indicated that she faces an uphill battle to re-election. But a new Mainstreet poll of residents in the riding commissioned by 338Canada gives the former senior Liberal cabinet minister an edge over her old party. When polled about party preference, an Independent Wilson-Raybould came out ahead with 28 per cent support against 25 per cent for the Trudeau Liberals, but her lead widened once potential candidates’ names were included for each party. While we don’t yet know who she’ll be running against, 338Canada’s Philippe J. Fournier writes that the poll provides a “baseline” for her support:

What these new numbers suggest above all is that Wilson-Raybould could win as an Independent candidate. Additionally, the splintering of the vote in Vancouver Granville opens up the possibility of a candidate winning with only about a third of the popular vote. This fact alone significantly increases the odds of Wilson-Raybould’s re-election. (Maclean’s)

This way to the exit: In his most recent get-to-know-me speech, Conservative leader Andrew Scheer sketched out his views on immigration and promised to show the door to anyone in his party who displayed intolerance. Over the weekend Scheer showed Conservative MP Michael Cooper to the exit—of the House of Commons Justice Committee. Last week while Faisal Khan Suri, the head of the Alberta Muslim Public Affairs Council, was testifying about hate, Cooper told Suri he “should be ashamed” for drawing a link between conservative commentators and the online activity of Quebec mosque shooter Alexandre Bissonnette. Cooper then proceeded to read into record passages from the so-called manifesto of the Christchurch, New Zealand mass murder who killed 51 people at two mosques. (CTV News)

On Saturday night Cooper tweeted out a statement that he spoke with Scheer and “we have agreed I will no longer sit on the committee.” Minutes later Scheer tweeted his own statement that sounded somewhat less mutual: “Having taken the time to review the incident, I have informed him that he will no longer sit on the Justice committee as a consequence.” (Cooper tweet, Scheer tweet)

The issue isn’t settled as far as Suri, the committee witness, is concerned. Scheer didn’t go far enough, he said, adding he wants to see Cooper ejected from the Conservatives altogether: “I would request Mr. Andrew Scheer to make the right move and to really, actually, have Mr. Cooper removed from caucus. It is detrimental to have such leaders part of any party, and part of Parliament. It’s dangerous to have such a person there.” (Huffington Post)

MMIWG findings: While parts of the final report of the national inquiry into missing and murdered Indigenous women and girls have already leaked, including its explosive conclusion that Canadian society’s apathy about the violence “amounts to genocide,” the full report, titled “Reclaiming Power And Place” will be released later today. Prime Minister Justin Trudeau will attend the ceremony in Gatineau, Que. along with Indigenous leaders from across the country. (APTN News)

Scheer’s Conservatives quickly distanced themselves from former Harper-era Aboriginal affairs minister Bernard Valcourt who has called the MMIWG inquiry’s genocide finding “propagandistic” and tweeted “Who feels better in Canada among First Nations for that thunderous silly conclusion that all we wanted was to kill them all?” Conservative MP Cathy McLeod said Valcourt does not speak for the Conservative party of Canada “with these unacceptable comments,” which won kudos from Perry Bellegarde, national chief of the Assembly of First Nations. (CBC News)

The view from up here: Canada may control a larger Arctic land mass than any other country, but it remains one of the  least populated Arctic regions in the world. In order to assert Canada’s shaky sovereignty over the area, Northwest Territories Premier Bob McLeod shares his plan with Maclean’s journalist Kyle Edwards, including a full-service military base, a floating university and icebreakers galore. (Maclean’s)

Trudeausplaining: After meeting with U.S. Vice President Mike Pence last week, Justin Trudeau threw his weight behind the USMCA trade deal and sent a message to Democrats highlighting its progressive measures and urging them to accept it. But Democrats are in no rush to ratify the deal just because the Prime Minister of Canada told them it’s good for them, as Michigan Representative Dan Kildee, a Democrat on the House ways and means committee, made clear on CBC’s The House: “Well, you know, we’re capable certainly of judging on our own what the implications of these agreements might be. Obviously there’s interest in having an improved agreement among the three countries. But we shouldn’t settle for something that’s marginally better when we can make it a very good and sustainable agreement with far more certainty. And that’s all we’re trying to do.” (CBC News)

Don’t go too far: It’s entirely possible that in order to get the USMCA trade deal ratified in Canada before the next election, Trudeau will have to recall MPs this summer, according to Transport Minister Marc Garneau speaking on CTV’s Question Period. There are just three scheduled sitting weeks left in this session. “We can’t predict how the ratification will go forward, we certainly hope that all of the parties in the House of Commons will support this deal. It is a good deal… but we’ll see how things unfold,” he said. (CTV News)

‘Never say never’: In the wake of revealing they will run as Independents in the next election, former Liberal cabinet high flyers Wilson-Raybould and Jane Philpott appeared on Question Period to discuss their decision. After acknowledging that she’d lost faith in Trudeau “with respect to certain issues,” Wilson-Raybould addressed the question of whether she would ever return to the Liberals if Trudeau were no longer the leader, and kept that door open: “Never say never. … No one knows what will happen in the future but for right now running as the Independent candidate for Vancouver Granville to advocate and advance the views and the voices of Vancouver Granville was my priority.” (CTV News)

Don’t blame me: Jerry Dias, the head of the union appointed to a panel that will decide who will dole out the Trudeau government’s media bailout package, said there is nothing incompatible between Unifor’s position on the panel and the union’s stated goal of defeating the Scheer Conservatives: “The whole argument is about journalistic integrity. It’s about free speech,” Dias said on Global’s West Block. “I’m entitled to my free speech just like everyone else. The group, I would argue, that are putting them in conflict are the editors and publishers who are openly saying, we are supporting the Conservative Party of Canada. If their owners are quite open in saying that, are you trying to tell me that Canada’s largest private sector union can’t express their point of view?”  (Global News)