Detained in Canada versus China: One of these things is not like the other 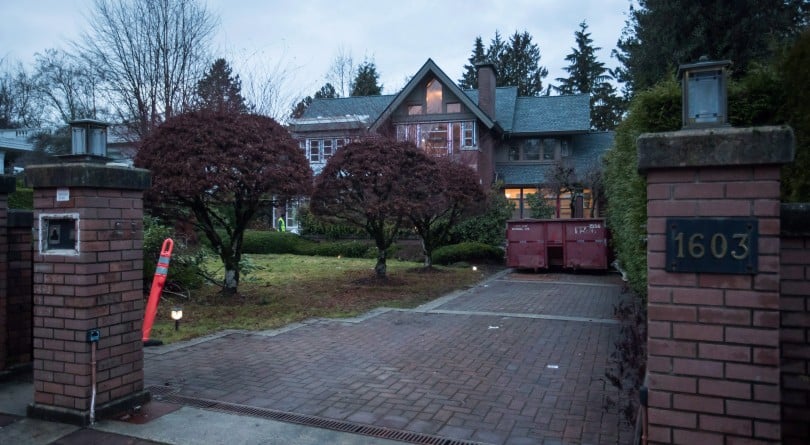 A security guard patrols outside a house owned by Huawei Technologies chief financial officer Meng Wanzhou and her husband, in Vancouver, on Monday, December 10, 2018. THE CANADIAN PRESS/Darryl Dyck

Expect Canada-China tensions to only get worse from here. The U.S. confirmed it will formally request Canada extradite Huawei CFO Meng Wanzhou to that country to face fraud charges. America has until the end of this month to submit its request. After that Canada has 30 days to decide whether to comply, though appeals could delay that timeline. (Canadian Press)

China once again claimed Canada acted politically when police arrested Wanzhou in Vancouver. Speaking in Davos, Switzerland at the World Economic Forum, Foreign Affairs Minister Chrystia Freeland drew an implicit contrast to Meng’s arrest and China’s treatment of two detained Canadians who are being held without charge or access to lawyers and kept in cells with the lights on 24 hours a day. “I want to remind people that she’s out on bail right now, she owns some beautiful homes in Vancouver, and is there. She has had and will continue to have full access to the Canadian judicial system, which is impartial and objective.”

NDP MP Nathan Cullen may bow out of politics ahead of the next federal election, though he has yet to make his final decision. Either way, he won’t make his decision known until after the Feb. 25 byelection in which NDP leader Jagmeet Singh hopes to win his first seat in the House. Could Cullen be hedging his bets about a leadership run if Singh fails to win that byelection? “Nope. I’ve been pretty clear,” Cullen told a local paper. “That’s not where my head’s at.” (Terrace Standard)

Without offering any details, Finance Minister Bill Morneau weighed into what is sure to be a big issue ahead of this fall’s federal election — housing — with a vague promise to help make it easier for millennials to enter the housing market. Morneau was speaking a day after Singh accused the Liberals of failing to act on their promises to create more affordable housing, while releasing his own plan to build 500,000 affordable homes and double the first-time homebuyers’ tax credit to $1,500.(Canadian Press, CTV News)

Prime Minister Justin Trudeau‘s head-scratcher of a decision to effectively demote former justice minister Jody Wilson-Raybould in his most recent cabinet shuffle continues to reverberate. A group of Indigenous lawyers and legal experts blasted the decision in a letter, noting Wilson-Raybould was the first Indigenous person to hold that senior cabinet position: “With the federal election looming, relieving a strong Indigenous advocate from her duties as the justice minister is a monumental symbol of the Liberal government’s lack of commitment to the meaningful recognition of Indigenous rights and interests.” (CBC News)

Ontario Premier Doug Ford stuck to his claim that putting a price on carbon will cause to a “carbon tax recession” in Canada, even as the only bit of evidence his office has provided to back up the charge crumbled. On Twitter Ford took a swipe at economists for challenging his statement: “It’s hard to believe economists with theories that making everything more expensive is a good idea.” One of those economists, who authored a Conference Board of Canada report that Ford’s team pointed to as evidence of a coming recession, responded that their report said no such thing: “We specifically described the economic impact as ‘small’. ” Another economist noted that supply management on dairy, a policy Ford and Conservatives have defended, increases food costs 100 times more than a $30-per-tonne carbon tax: “It also doesn’t risk recession.” (Canadian Press)