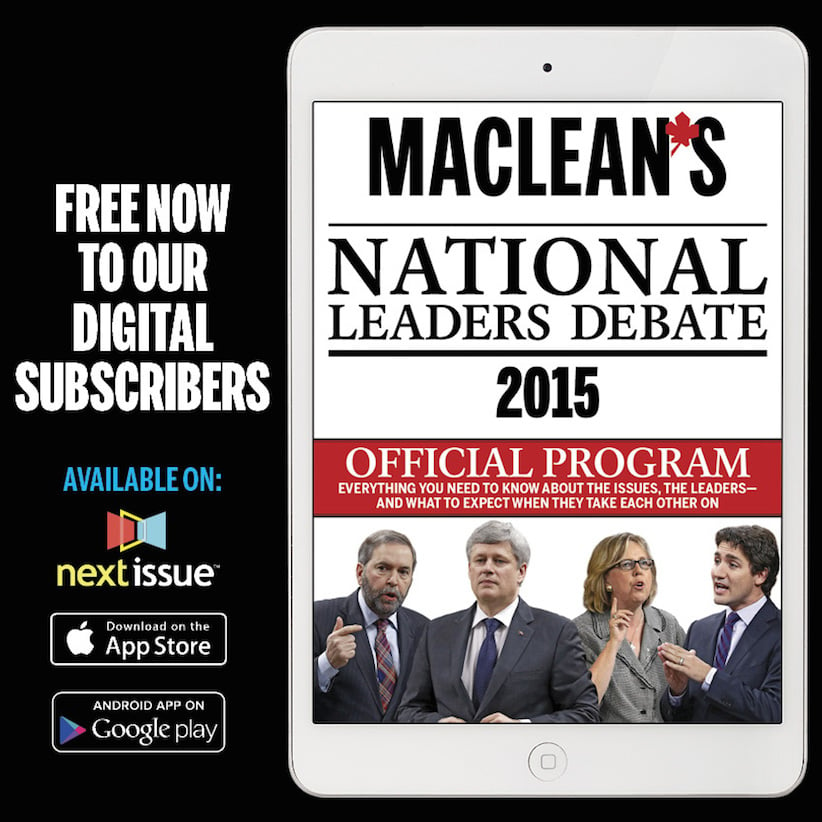 Maclean’s will host a national leaders debate on Thursday, August 6—and we’ve got your back.

This campaign is likely to be the most competitive in Canadian history, a contest of great stakes and possibilities, real policy differences and fascinating characters.

To help readers get ready for what promises to be an epic debate at the beginning of the campaign, Maclean’s has prepared a handy ‘official program’ for tablets. The program includes primers on—from the economy to democracy, foreign policy to the environment—as well as an introduction to debate moderator Paul Wells and a guide on what to watch for during the debate.

The official program also has its share of whimsy—style hacks for leaders’ wardrobes, and answers to the top-googled questions about the leaders (how tall is Stephen Harper, anyway?)