Stephane Dion says he accepts the findings of the report of an independent, UN-mandated commission 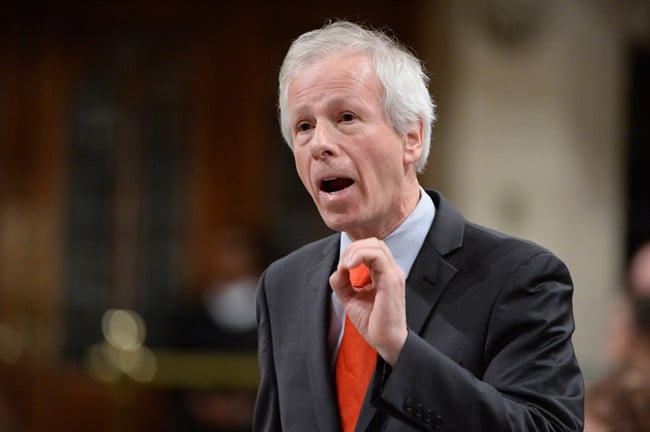 OTTAWA – Two days after the Liberals voted down a Conservative motion to accuse the Islamic State of Iraq and the Levant of genocide, Foreign Affairs Minister Stephane Dion acknowledged the group is engaged in precisely that against the Yazidis.

Dion said Thursday he accepts the findings of the report of an independent, UN-mandated commission which says the militants known variously as ISIL, ISIS and Daesh have committed genocide against the ethnically Kurdish minority group.

“We are taking the lead in asking the Security Council to be sure that they will prosecute the perpetrators of these atrocities and investigate in order to understand what is happening on the ground,” Dion told the Commons.

“In the meantime, we have tripled our effort to fight ISIL on the ground, because we need to rescue these populations. This is the priority.”

Conservative Jason Kenney, who has spent weeks urging the government to put the genocide label on ISIL, says Dion is missing the larger picture by focusing only on the Yazidis.

“This genocide affects more than the Yazidis,” Kenney said.

“It affects the other indigenous minorities of Mesopotamia. It affects the Assyrians and the Chaldeans and the Armenians, and so will he not join the U.S., EU and U.K. and the Opposition in recognizing the broader genocide?”

MORE: Did the Liberals have to wait to call ISIS genocidal?

In debating and then defeating the Tory genocide motion on Tuesday, the government said politicians should shy away from declarations of such magnitude.

“Determinations of genocide need to be made in an objective, responsible way,” Prime Minister Justin Trudeau said during the debate. “That is exactly what we have formally requested the international authorities weigh in on.”

The report issued Thursday seems to fit that bill, although it deals specifically with the Yazidis.

“Genocide has occurred and is ongoing,” Paulo Sergio Pinheiro, chair of the Independent International Commission of Inquiry on Syria, said in the report entitled, “They Came to Destroy: ISIS Crimes against the Yazidis.”

“ISIS has subjected every Yazidi woman, child or man that it has captured to the most horrific of atrocities,” he said in a news statement issued by the Office of the UN High Commissioner for Human Rights.

The independent commission was mandated by the UN Human Rights Council in 2011 to investigate and record all violations of international law in Syria.

Its report focused on violations committed against Yazidis inside Syria, where it found that thousands of women and girls are still being held captive and abused, often as slaves.

The Conservatives have used the genocide accusation to demand that the government resume the Canadian combat mission against ISIL, but Dion said that’s not the way to go.

He said Canada has tripled its effort to train fighters to take on ISIL and to help rescue the Yazidis.

The Conservatives are also demanding that the government bring more Yazidis to safety in Canada.

Tory MP Michelle Rempel said only nine Yazidi cases have been processed, despite the atrocities being directed against their people.

She said Immigration Minister John McCallum could change that with the stroke of a pen to speed up the processing.

McCallum has said that most of the Yazidis are in isolated, dangerous areas that are hard to get to and it is “far-fetched” to think that can be changed with a pen stroke.

“We will work very hard to do more, not just for Yazidis but to other endangered groups in difficult-to-reach territories of the world.”