Politics Insider for Feb. 12: A former doctor will likely replace Kelly Craft, a story from inside the Trenton quarantine, and the federal cabinet heads west en masse 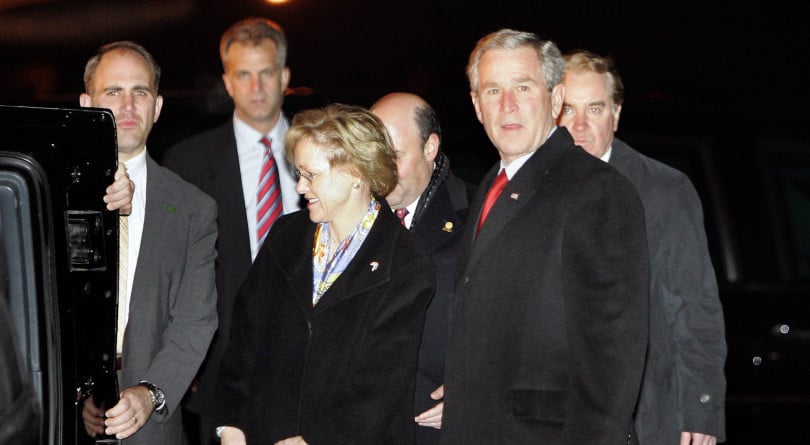 Let a new era in Canada-U.S. relations begin, represented on the American side by a wealthy Republican fundraiser and doctor-turned-ambassador named Aldona Wos. The Globe and Mail first reported rumours of Wos’s appointment last summer, but only now has U.S. President Donald Trump officially tapped the North Carolinian for the gig. Wos is not only an avid fundraiser, but she’s a prolific fund-giver, too. Federal records show 20 years of, let’s say, healthy GOP support.

At first glance, Wos’s resume doesn’t include a lot of Canada. George W. Bush appointed her ambassador to Estonia from 2004 until 2006. She went on to run North Carolina’s department of health and human services (a tenure not without controversy). And since mid-2017, she’s served as vice-chair of Trump’s commission on White House fellowships. Time to bone up on softwood lumber, CUSMA/USMCA and the difference between a beanie and a toque.

‘It felt like the end of the world’: Myriam Larouche, a 25-year-old student from Quebec who attends Central China Normal University, arrived home on the first Canadian charter plane from Wuhan. She is currently in quarantine at a Canadian Forces base in Trenton, Ont., and she detailed the ordeal—including her palpable relief on landing—in Maclean’s:

When we finally touched down in Trenton, everyone, including me, clapped and cheered. As I exited the plane and entered the hangar where we changed our masks and sanitized our hands, I felt like I was finally safe. I don’t know how many times I said thank you to the Red Cross, public health and military officials for taking care of us. Everyone was so nice and smiley. Even in these circumstances, it felt like I was being welcomed home.

The federal cabinet’s orders this week appear to be clear: if you can go west, please do go west. The proof is in the agendas. Fresh off a Monday sit-down with municipal reps alongside Chrystia Freeland in Edmonton, Mélanie Joly, the minister for economic development, was preaching “productivity” in the same city yesterday.

The same morning, Transport Minister Marc Garneau was in Calgary (the fourth cabmin to visit Alberta this week) for an announcement ostensibly for affordable housing. Garneau ended up addressing several ongoing rail blockades, including a week-long protest east of Belleville, Ont., that has choked a key east-west freight connection. The minister called the blockades, which express solidarity with Wet’suwet’en opposition to the Coastal GasLink pipeline, as “dangerous” and “illegal”—but he passed responsibility for the enforcement of injunctions to the provinces.

Seamus O’Regan, the natural resources minister, follows Enviro Minister Jonathan Wilkinson‘s keynote yesterday with his own today at the 2020 GLOBE Forum in Vancouver. Infrastructure Minister Catherine McKenna was also at the forum yesterday for a panel discussion, and stayed in town for a meeting with mayors on public transit. Middle Class Minister Mona Fortier has so far visited Regina and Winnipeg this week for pre-budget talks. Marie-Claude Bibeau, the ag minister, will announce funding at a grain industry conference—also in Winnipeg.

‘Alberta has been cheated’: That westward parade of political power is, of course, no accident. A strong undercurrent of Western discontent is, at times, boiling over in Alberta. Nadine Yousif talked to Albertans at a “Wexit” rally last month. Here’s what one of them, Walter Hunter, a 62-year-old building contractor from Red Deer, had to say:

Our natural resources drive this country. When I was up there in Fort McMurray, the whole world was there—people from different countries. The economy of Alberta was looking after all of Canada and quite a bit of North America. When we have a federal party that wants to destroy that—they don’t care about the people—we’re going to do our small part to see that Wexit achieves its goals, and make great changes here in Alberta.

Shopping for votes: Prime Minister Justin Trudeau will pull a typical move for this time of year. He’s headed to Barbados on Feb. 17-18 for the Conference of Heads of Government of the Caribbean Community. There’s nothing subtle about it: the PM’s press release references Canada’s candidacy for the UN security council. Chalk up more flight hours.

Like the ice sculptors on Sparks Street who carve masterpieces for Winterlude, the contours of the Conservative leadership race are also gradually taking shape. Yesterday, New Brunswick MP John Williamson—who described himself semi-nebulously as a “movement” Conservative as he tested the waters—declined to run.