Trudeau says charity support and public appearances are a matter of choice, and should remain so 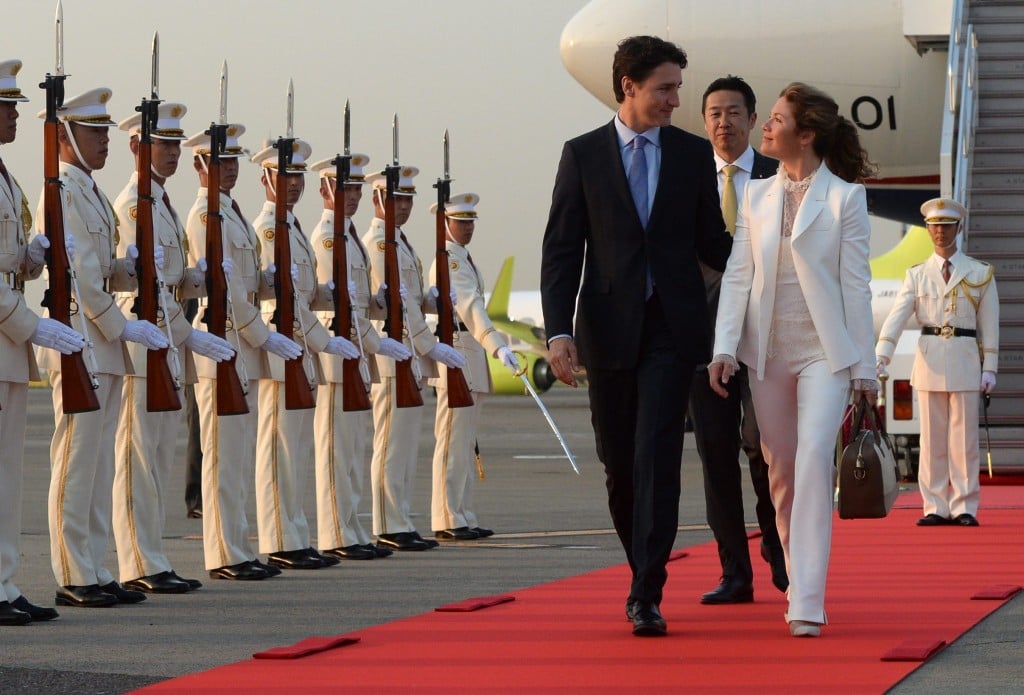 OTTAWA – Justin Trudeau says there isn’t one model for prime ministerial spouses to follow, but he’s proud of his wife’s charitable work and wants to make sure she can keep doing it.

Sophie Gregoire Trudeau sparked a frenzied week of news reports and table-thumping columns earlier this spring when she told a Quebec newspaper she could use more help.

Gregoire Trudeau, a former broadcaster, said she and her single paid assistant couldn’t even respond to all the letters and appeals for her time, let alone fulfil all the requests.

The ensuing uproar about the spousal role hadn’t been seen in Ottawa since the 1980s when Mila Mulroney, wife of prime minister Brian Mulroney, was given a staff of three in the Prime Minister’s Office.

There is no official role in Canada for the prime minister’s partner, and the job has largely depended on the interests and temperament of the individual.

Trudeau told a news conference in Ottawa that charity support and public appearances are a matter of choice, and should remain so.

“There are various different families that have different abilities so this obviously should be flexible. A person should be able to choose how they serve,” Trudeau responded in French to a question Wednesday.

Gregoire Trudeau has helped raise awareness of eating disorders, which she said she has experienced in the past, and supported various groups promoting mental health, women’s rights and cancer research, among others.

Laureen Harper, the wife of former prime minister Stephen Harper, was also involved in a number of charities, including supporting the National Arts Centre and animal rescue operations.

“I’m very proud of everything she’s done throughout the country and she will continue to offer her participation,” Trudeau said of his wife’s work.

She’s not acting for the government, added Trudeau, but “for all Canadians.”

“We want to make sure that she will continue to be able to do the work she does.”

A spokesman in the Prime Minister’s Office said Gregoire Trudeau continues to receive the assistance of one taxpayer-funded executive assistant.

“Other PMO staff can provide assistance on an ad hoc basis,” Olivier Duchesneau said in an email.

“Madame Gregoire Trudeau receives a high volume of invitations to participate in various events and activities. Therefore, we are continuing to look at new ways to make sure she is supported at the official events she takes part in, as well as making sure that correspondence from Canadians across the country is triaged and answered in a timely manner.”

He continued: “Preliminary discussions are currently taking place on potential solutions to handle the high volume of requests, but no decision has been made.”