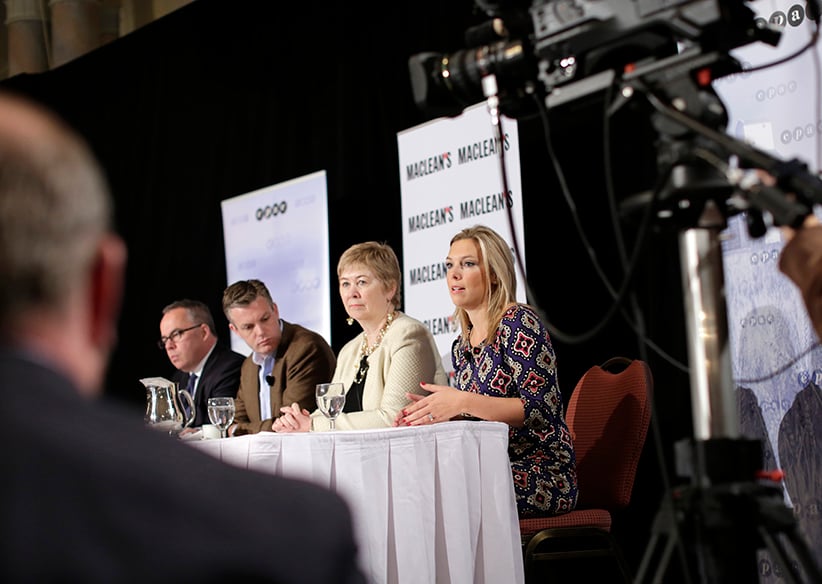 The outcome of Monday’s election was a surprise, even to the Liberals, it turns out. Liberal director of communications Kate Purchase told a lunchtime audience Wednesday that the party knew things were going well in the campaign’s final week but didn’t expect to win 184 seats, a decisive majority government.

“Our goal was 170 seats,” Purchase said. “But absolutely, 184 seats definitely exceeded our expectations. And particularly, looking at ridings like Kelowna [in British Columbia]. I don’t think we could have ever anticipated winning a riding like Kelowna.”

When all was said and done, Canadians awoke Tuesday morning to a dramatically different House of Commons: the aforementioned 184 Liberal MPs, plus 99 Conservatives, 44 New Democrats, 10 Bloc MPs and one Green MP, leader Elizabeth May. The new House, which will now seat 338 MPs, 30 more than the last one, will feature 199 new MPs.

Conservative spokesman Kory Teneycke put some of the blame for the Conservative loss on the NDP’s sudden drop in the polls. Since the Conservatives merged the Progressive Conservatives and the Canadian Alliance, they have generally relied on the NDP and Liberals to split the progressive vote, making it easier for the Tories to form government. But he also pointed to the size of the challenge for his party: no one in Canada has won four back-to-back elections for more than a century. “A large percentage of the electorate’s heart had hardened” on the Conservatives, Teneycke said. “The desire to not have us in office was greater than anything we could point in the window.”

New Democrat Anne McGrath, who as campaign chair ran the election for the party, admits the NDP didn’t hit its goals, but says there were “no serious and devastating errors.”

“There were certainly moments where I wish other decisions had been made, and I take full responsibility for that,” she said. “On the other hand, I think the NDP went in in a position that we’d never been in before. I think we emerged from this with a lot of hope about where we can go from here.”

While Stephen Harper announced in a memo from the party’s president that he would resign as Conservative leader, NDP Leader Tom Mulcair has not. McGrath said the party is reviewing its campaign and has a policy convention next April.

“I expect him to be our leader as we go into the next campaign,” she said. “I think he’s got a lot of support and will be continuing on.”

The war-roomers discussed some of the campaign’s biggest news stories and how they affected each party’s performance. On whether a woman can wear her niqab during her citizenship swearing-in—the issue that touches the smallest number of people given the emotion it whips up—McGrath says the party saw an immediate drop in support in Quebec when NDP Leader Tom Mulcair said he supported that right. The Liberals didn’t see the same loss, despite Liberal Leader Justin Trudeau holding the same position.

“I think that a lot of progressive Canadians that were looking to us felt that the base level of support was an important factor … because they were looking for the best vehicle to replace Stephen Harper,” McGrath said. “They weren’t necessarily, in my view anyway, expressing support on that particular issue, but it shook them loose.” 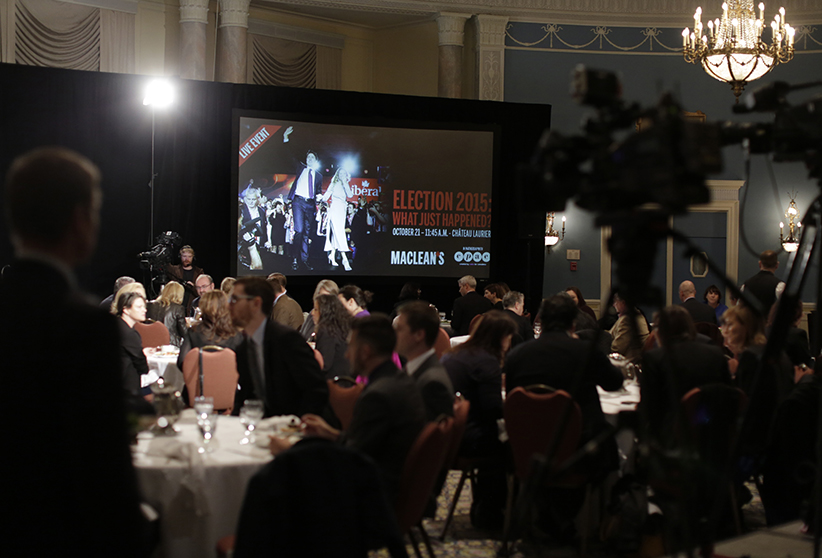 Purchase said that change in support wasn’t so much about Mulcair’s position, but more that the NDP didn’t have a solid Quebec platform to pivot to. Plus, she said, Trudeau had been clear how he felt about the niqab for months. “It was already baked into the core values of what people assumed of him,” Purchase said.

The niqab was an issue the timing of which the parties couldn’t control, since it came out of a Federal Court of Appeal decision (though they obviously controlled their responses to the decision). The Syrian refugee crisis was another such issue. Though it has been in the news for more than two years, a heart-wrenching photo of Alan Kurdi, who drowned in his family’s attempt to flee Syria, drew Canadians’ attention to the crisis.

Teneycke says he’s frustrated by how the Conservatives were portrayed on the file because they had dealt with it, even including a campaign promise to resettle more refugees from Iraq and Syria. He said that some people blamed Harper for Kurdi’s death — the family had hoped to come to Canada but didn’t have the right documents — was a sign of how strongly people dislike Harper.

“It speaks to how deep that sort of sentiment was with a portion of the electorate and frankly with a lot of people in the media,” Teneycke said.

When it comes to an issue the parties can control — who they visited on the campaign trail — Maclean’s Political Editor Paul Wells, who moderated the panel, asked Teneycke why they would put Harper in the same room as Rob and Doug Ford. Rob Ford is best known as the Toronto mayor who smoked crack while in office.

As for how the Liberals pulled off their surprising victory, Purchase says they had a plan with roots going back two years, and stuck to it. Phase one was to win the debate hosted by Maclean’s to fight their way back into the election race, with phase two intended to show Canadians the Liberals were the real change agent — not the NDP. Phase three was to turn their attention to the Conservatives in the last few weeks by sending Trudeau to their territory to try to pick up seats.

While Trudeau has already announced at a press conference that his cabinet will be sworn in Nov. 4, Purchase was coy about any further details, aside from reminding the audience that the Liberals promised their first piece of legislation would be a tax cut for middle-income families.

“Obviously there’s lots of things going on behind closed doors, but much like debate [preparation],  we don’t talk about fight club or who’s involved. But it’s going to be an exceptionally busy time,” she said.