Election 2019 primer: Energy and the environment 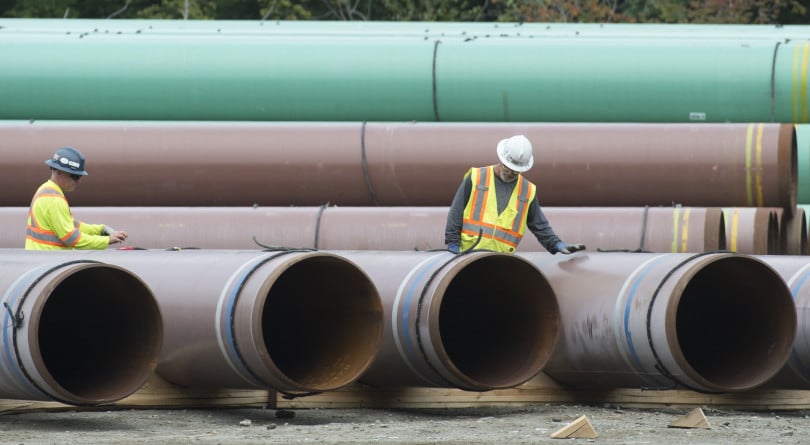 Over the last year, climate change has morphed in the collective public mind from “You know, we should really do something about that at some point” to howling-klaxon urgency. But that has hardly translated into a clear consensus about how to deal with it from a policy perspective. The real-world changes required to stave off environmental catastrophe—from government regulations, to macro economic shifts to resources and manufacturing, to individual household habits—are large and disruptive and lie almost entirely ahead of us, not on the checked-off to-do list.

And in Canada at the moment—thanks in large part to how the Conservatives have framed the issue as one of affordability, elitism and regional conflict—the issue has taken on the dimension of a full-blown culture war.

Outside of that unhelpful but politically savvy framework, energy and the environment are legitimately areas of conflicting tensions and challenges. A struggling oil patch and workers worried about paying their mortgage in some unknown new economic landscape up against the inescapable scientific conclusion that if something serious does not change, and soon, the planet faces catastrophe. A shiny new (so new some of it does not yet exist) $4.5-billion oil pipeline purchased by a government that lists dealing with climate change and reducing carbon emissions among its top-tier priorities—and has burned considerable political capital trying to do just that.

And the tightrope Canada’s political parties are walking reflects the conflicted—even outright contradictory—priorities of voters themselves. A recent Angus Reid Institute report found that seven in 10 Canadians believe climate change should be a top concern of whoever forms government, but six in 10 also place oil and gas development at the top of that list. Three-quarters of those who prioritize climate change want to see at least some investment in oil and gas, while 80 per cent of the oil-boosters also want to see investment in climate change.

Meanwhile, furious public debates about everything from plastic straws to how much change is reasonable to demand from ordinary people compared to big industrial outfits play out against fresh weekly dystopian dispatches from scientists discovering new things that are melting, dying and burning at record rates.

None of this is easy; all of it matters to an existential degree.

The Liberal position is that when it comes to grappling with climate change, it’s not just that Canada can walk and chew gum at the same time, but that one activity demands the other. It was right there in the title of Chapter 3 of the 2015 platform—”A clean environment and a strong economy”—which placed a carbon tax and working with the provinces to develop a national climate strategy in the front window, alongside big investment in clean jobs and green technology. Since then, a series of elections flipped presumably cooperative red provinces into more reticent blue ones, and so on April 1, a federal carbon tax was imposed on the four provinces—New Brunswick, Ontario, Manitoba and Saskatchewan—without a provincial plan that passed muster.

Earlier this summer, when Justin Trudeau announced that his government had approved the Trans Mountain expansion, there were of course plenty of tough questions about a government that lists curbing carbon emissions as one of its highest priorities also purchasing an oil pipeline. Trudeau’s explanation hinged on that same why-not-both argument. “We need to create wealth today so we can invest in the future,” he said. “We need resources to invest in Canadians so they can take advantage of the opportunities generated by a rapidly changing economy, here at home and around the world.”

The incumbent Liberals are the only one of the major parties that have not yet released a full climate platform, but they’ve also had four years in government to implement some of the many promises floated in the 2015 platform and since then.

The federal carbon tax is currently set at $20 a ton and will rise to $50 a ton by 2022. However, the parliamentary budget office says that at that level, Canada will miss its commitment under the Paris agreement—which was also the target of the previous Conservative government—of reducing emissions by 30 per cent from 2005 levels by 2030, by a wide margin. The Liberals’ response is that the carbon tax is just one piece of their climate response, with more to come.

On Jan. 1, the federal government’s Output-Based Pricing System took effect, targeting big facilities that emit more than 50,000 megatonnes of carbon per year (smaller ones fall under the carbon tax scheme). If they create less pollution than the “performance standard” for their business sector, they get credits, and if they produce more, they must pay a penalty at the federal carbon tax rate, buy credits from another facility or earn “offset credits” for measures that reduce emissions.

Earlier this summer, the government launched consultations for a Clean Fuel Standard, which would kick in for gasoline and diesel in 2022 and require fuel suppliers to “reduce the lifecycle carbon intensity” of their products, from extraction to use in vehicles. The Liberals say this measure will reduce pollution from transportation, trimming Canada’s greenhouse gas emissions by 30 million tonnes a year by 2030.

The Conservatives have spent the last two years relentlessly hammering the drum that the carbon tax is a federal cash-grab that will make life even more unaffordable for regular people—and to be sure, cost of living is a top concern for Canadian voters right now. (It is worth noting, however, that the parliamentary budget office determined that all but the wealthiest 20 per cent of households will get a bigger rebate than they pay in the four provinces where the federal plan is in place for lack of a provincial one.)

The Conservatives’ own climate plan focuses on large industrial emitters rather than individual consumers, and foresees Canada playing a sort of helper-monkey role in the world, exporting cleaner energy products to countries that would be pleased to allow Canada to claim credit for any resulting emissions improvements.

The plan includes $900 million per year for a green homes tax credit people could claim on energy-saving improvements to their homes—up to $2,850 a year. Stephen Harper’s federal government had a similar plan that was enormously popular with homeowners. The Tory platform also proposes a “patent credit” that would reduce the business tax rate for companies that develop and patent green technology, and a $250-million “green technology and innovation fund” that would give green entrepreneurs access to venture capital.

But arguably the heavy-lifting centrepiece of Scheer’s plan is a proposal to require big industrial emitters that exceed a certain threshold to pay a financial penalty—the amount is not specified—that would fund investments in cleaner technology in that sector.

The plan does not offer specific targets for how much the various proposals would reduce Canada’s emissions, but the Conservatives say their plan gives Canada “the best chance” to meet its commitments under the Paris climate agreement.

The NDP plan is ambitious, aiming for emissions reductions targets that would keep global temperature increases to no more than 1.5oC, which is where the United Nations Intergovernmental Panel on Climate Change set the threshold to avoid catastrophic real-world consequences.

That’s no small task. IPCC models show that holding to a 1.5oC increase would mean reducing emissions by roughly 40 per cent below 2005 levels by 2030, while a 2oC threshold would demand 20 per cent reductions in emissions from 2005 levels.

NDP Leader Jagmeet Singh has attempted to thread a thorny rhetorical needle when it comes to balancing energy and economic development against environmental concerns. Last winter, Singh said he was in favour of a liquefied natural gas project in northern British Columbia, which was supported by the province’s NDP government, on the grounds that it involved robust consultations and approvals from Indigenous communities. A few months later, however, he was speaking out strenuously against fracking and apparently rescinded his support for the LNG project, while also studiously refusing to clarify his change of heart in interviews.

The NDP proposes making half of all buildings in Canada energy efficient by 2030 and retrofitting the rest by 2050, along with offering homeowners low-interest loans to pay for efficiency upgrades. Those measures, together with renewable energy, infrastructure and transit changes will add up to at least 300,000 new “good jobs,” the party says.

The NDP plan calls for ending fossil fuel subsidies and instead ploughing that money into retraining workers, research and innovation, helping communities pay for building retrofits, investing in greener and more affordable transit and goosing green technology development and investment through a $3-billion Canadian Climate Bank.

There are also more targeted policy proposals on still-ambitious timelines, including a ban on all single-use plastic bags, cutlery and other items by 2022, and seeing Canada powered solely by net carbon-free electricity by 2030. By 2025, the party proposes to make all government vehicles electric, ramping up to include all-electric public transit by 2030, and by 2040, all new cars sold will be net-zero emission.

Andrew Leach, and energy and environment economist at the University of Alberta, dubbed the Green Party’s climate plan—which the party calls Mission: Possible—Mission:Improbable when he unpacked it in detail. The plan is hugely ambitious and if successfully implemented would have a far greater impact on Canada’s carbon emissions than any of the platforms proposed by the other parties. But that “if” is a big one.

The plan aims to cut greenhouse gas levels to 60 per cent below 2005 levels by 2030—double the Paris target. Leader Elizabeth May has likened the scale of the climate crisis to the threat of the Second World War, and advocates creating a multi-party “survival cabinet” to tackle the issue, because the urgency demands a Churchillian moment.

The Greens propose a massive retrofit of all of Canada’s residential, commercial and industrial buildings to be carbon neutral by 2030, creating “millions of new, well-paying jobs” in the process. The party also wants to eliminate all fossil fuel power generation and “modernize” Canada’s electricity grid so that renewable energy can be moved between provinces—though as Leach points out, given the wildly uneven sources of power generation among provinces and intertie requirements, that is a daunting prospect.

The Green plan also calls for a ban on fracking and no new fossil fuel projects in Canada, along with an end to importing foreign oil to Canada. The party would maintain the carbon tax put in place by the Liberals, and also abolish subsidies for oil and gas.

Perhaps the biggest contribution of this plan is a subtle one, as identified by Leach: “The Green plan gives a sense of the order of magnitude of the transitions we’d need to see if we’re going to meet aggressive global goals.” So if this particular plan is predicated on massive societal and economic change occurring on an unrealistically tight timeline, well, if nothing else, that gives us some sense of what it will take to save ourselves—however we get there, and whoever voters choose to steer the ship.