Election 2019 primer: Jobs, the economy and the deficit

Where the parties stand on the tricky question of an economy that's booming, but has also left many Canadians feeling left behind 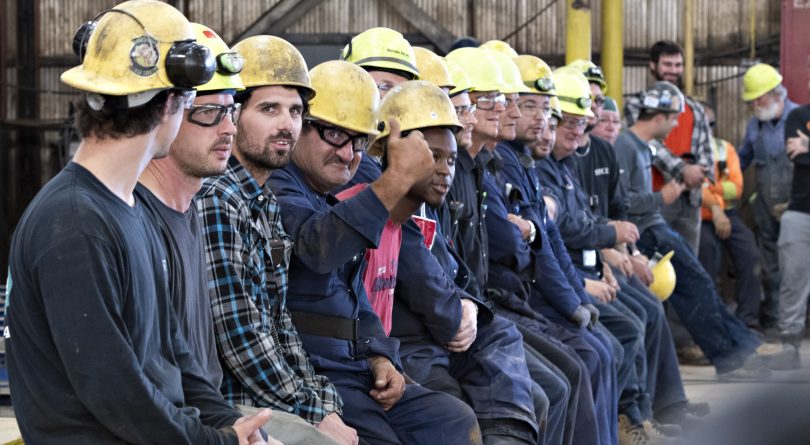 Workers listen to a contract announcement at Davie shipyard on July 16, 2019, in Levis Que (Jacques Boissinot/CP)

If it was only about hard economic numbers, Justin Trudeau’s Liberals might not have all that much to worry about in their bid for another four years in office. The most recent economic releases from Statistics Canada on jobs and GDP growth both delivered pleasant surprises to the upside, for which Team Trudeau wasted no time in taking credit. And with Canadians once again telling pollsters that the economy is at the top of their list of priorities, the Liberal’s message—that their strategy of deficit-driven intervention in the economy is working—might carry the day for them.

The problem for Trudeau is that a lot of Canadians don’t feel the economy has gotten better, or at least not for them.

First, the numbers. Last month StatsCan reported that the Canadian economy expanded 0.9 per cent in the second quarter. When measured on an annualized basis, assuming three more quarters of 0.9 per cent growth, Canada’s GDP grew 3.7 per cent, the fastest pace since 2017 and more than the two per cent growth seen in the United States during the same period.

Timing wise, coming after two quarters of dismal growth, the report was a boon to Trudeau. 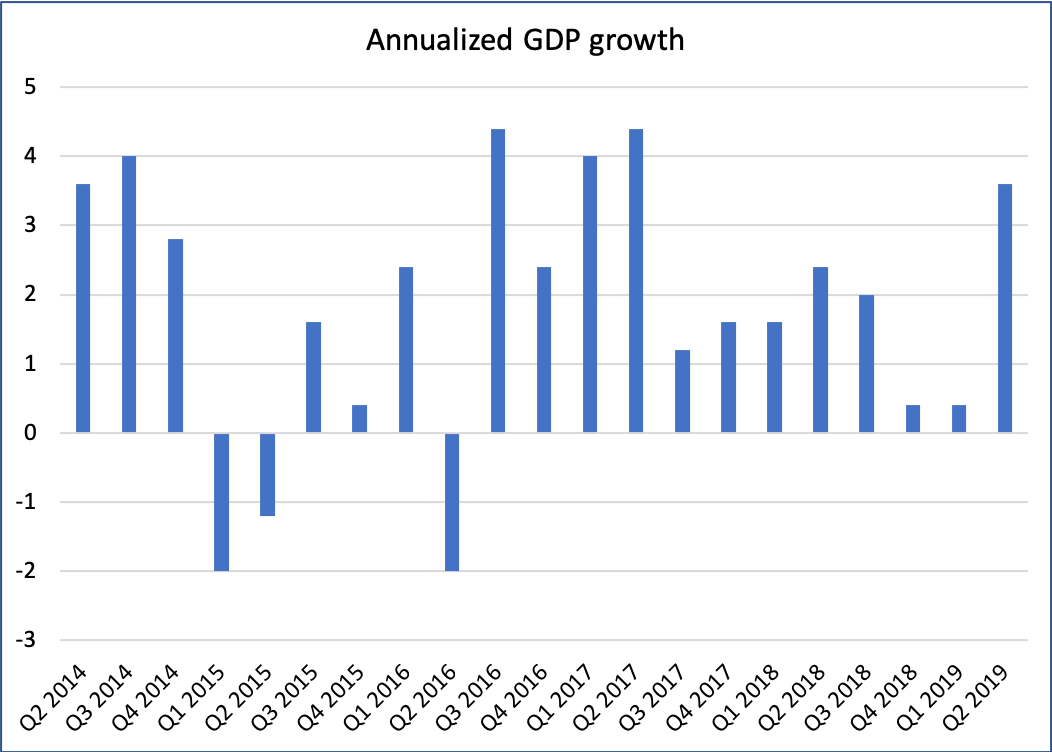 Then on Sept. 6 StatsCan released employment figures for the month of August, showing the economy created 81,000 net new jobs as the unemployment rate held steady at 5.7 per cent, nearly a 40-year low, and wages rose 3.7 per cent.

And yet a disconnect exists between the statistics and Canadians’ perceptions about the economy.

For one thing a lot of those new jobs Trudeau boasts about in comparison to the previous Conservative government of Stephen Harper have been part-time positions. 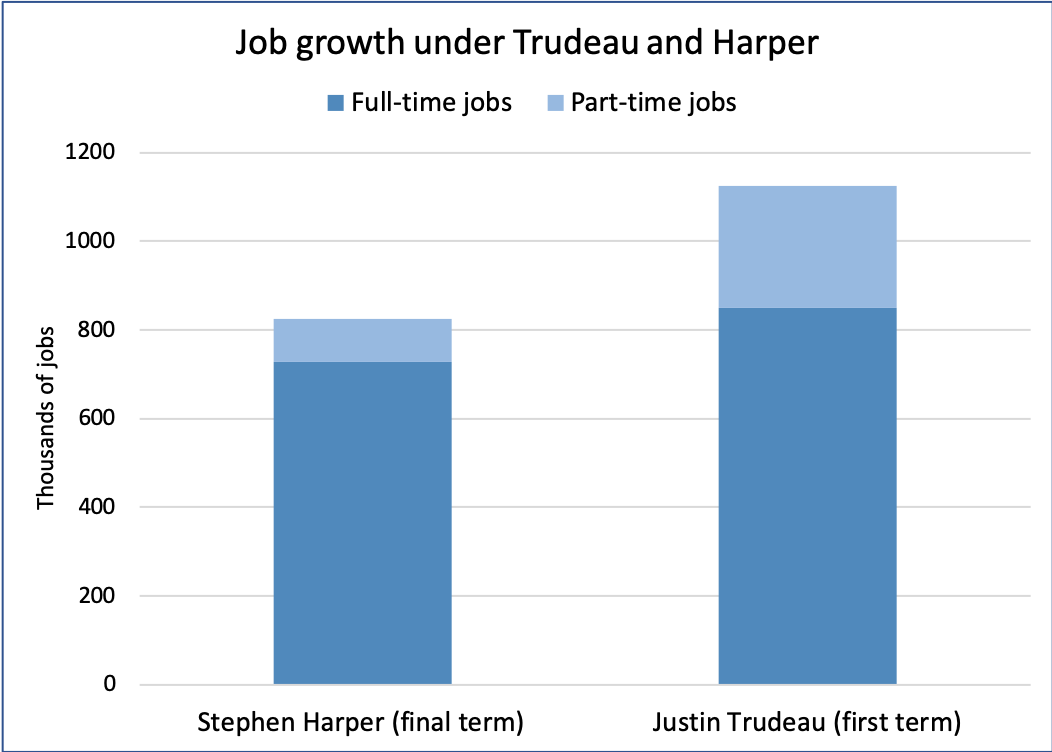 Then there’s the perception that that the deck is stacked against ordinary Canadians. A recent poll by Ipsos Public Affairs Canada found 67 per cent of Canadians believe the economy is “rigged to advantage the rich and powerful.”

“The economy is better today but we don’t think it is good enough to withstand future challenges,” wrote Ipsos President Mike Colledge. “We feel our household and country’s economic progress over the last four years has been built on a house of (credit) cards and it is only a matter of time before the crash.”

That anxiety is on display in the topics that Canadians are searching for online. Lately Canadians have been googling the word “recession” at the fastest pace they have since the 2008 recession, and on par with their searches for the word just ahead of the 2015 election. The latest jobs and GDP reports seem to have assuaged some fears, but nervousness about the next downturn remains high. 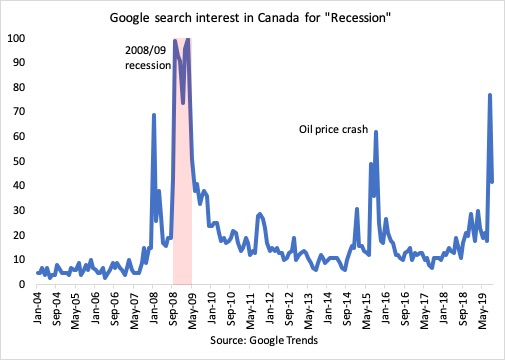 All of the parties are keenly aware that Canadians feel like they’re stuck in a quagmire of debt and limited options, hence the common theme among campaign slogans imploring voters to “choose forward” (the Liberals), to move “forward together” (Green Party) and to “get ahead” (the Conservatives).

In the coming weeks the opposition parties will focus their attacks on Trudeau, arguing that he’s had his chance to help Canadians over the past four years and failed. NDP leader Jagmeet Singh has latched onto the SNC-Lavalin controversy to blast Trudeau for siding with his “rich friends and corporations over Canadians” and failing to be sufficiently progressive in his approach to affordable housing, protecting consumers and the environment. Green Party leader Elizabeth May has largely framed her criticism around what she says is the Liberals’ failure to transform Canada into a green economy.

Meanwhile Conservative leader Andrew Scheer has launched a multi-pronged attack on Trudeau’s economic record, accusing the Liberals of making life more expensive for Canadians with carbon pricing, limiting Canada’s economic potential by failing to get pipelines built and reminding voters at every turn that Trudeau broke his 2015 pledge to run “modest” deficits for three years and instead set Canada on a path of double-digit billion dollar deficits for years to come. 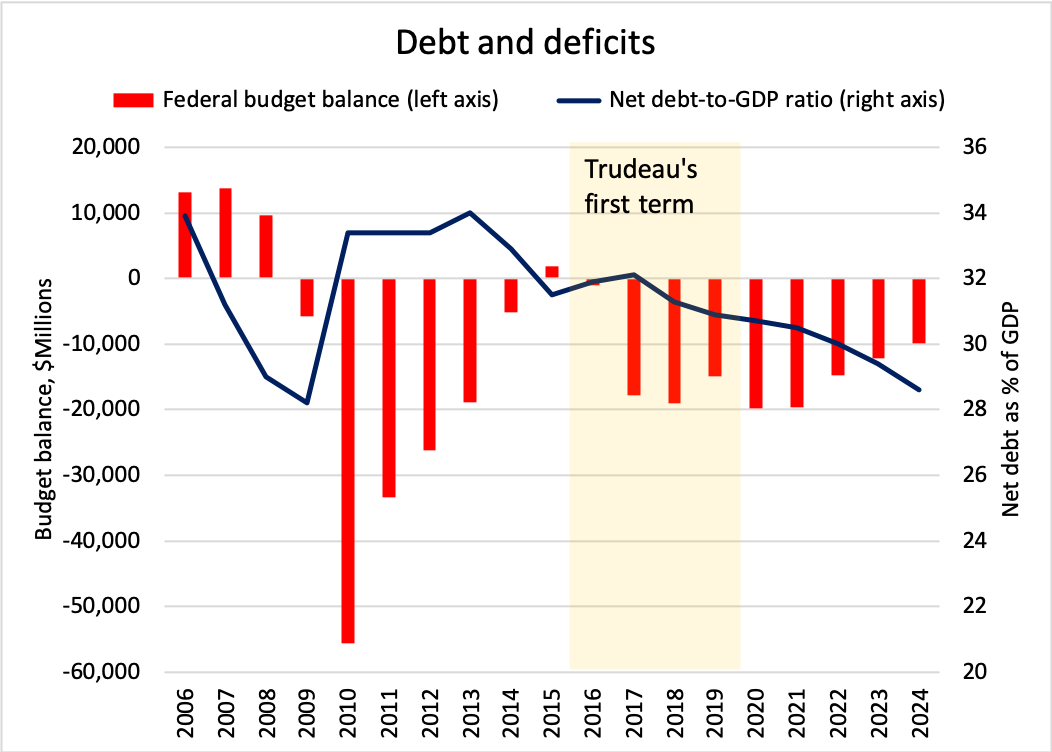 As for Trudeau, on the day he called the election he repeatedly deflected questions about SNC-Lavalin by turning attention back to jobs. “We made a commitment of Canadians to grow the economy for the middle class and those working hard to join it and we’ve delivered on that,” he said. “We’re the first to recognize there’s an awful lot more to do.”

For the rest of the campaign expect Trudeau to keep a tight focus on those hard economic numbers—and hope that the nation’s mood about the economy starts to improve.

While neither the Liberals or Conservatives have released platforms yet, here’s a look at what the parties are promising on the economy, jobs and deficits. See our election platform guide for more.

Conservatives: Scheer has promised to erase the federal deficit in five years. He has also made some pocket-book promises: to remove the GST from home heating costs and to kill the carbon tax.

NDP: Boost Export Development Canada’s mandate, enact a federal minimum wage of $15 per hour, impose a one per cent tax on wealth exceeding $20 million and lower Canada’s debt-to-GDP ratio but with no specific target.