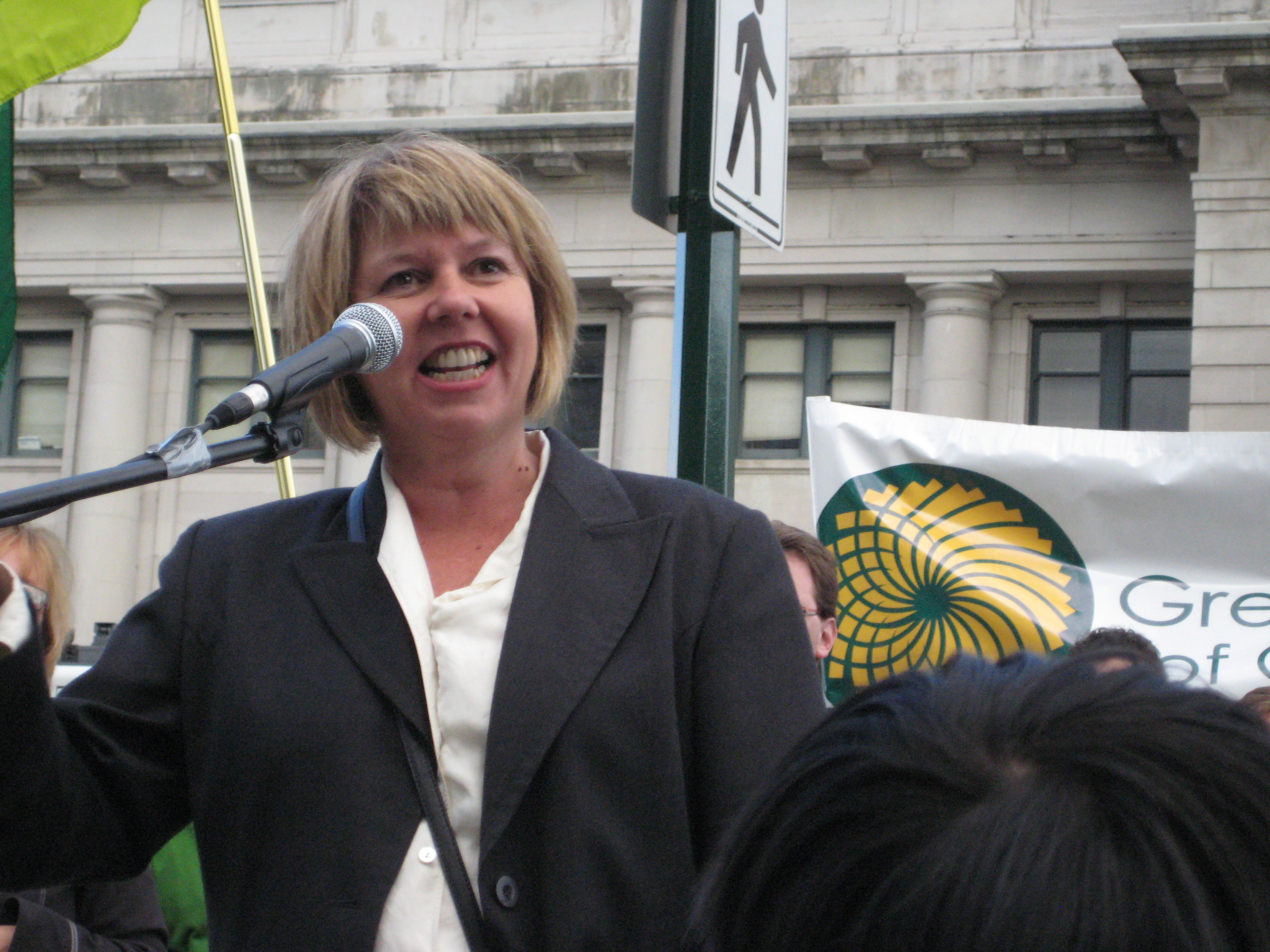 Deputy party leader Adriane Carr joined Wilson up at the mic wearing neither green nor red. Carr—said to have arm-twisted May into running for leadership of the Greens—met May in 1993, at the blockades at Clayoquot Sound, one of the biggest protests in Canadian history. She’s running in Vancouver Centre, a well-educated, high-turnover, young urban riding; it’s sent Liberal MP, Hedy Fry to Parliament Hill five times since 1993. But this time around, every party’s fielding a star in Van Centre. The NDP have a popular professor, the Conservatives have a gay, tough-on-crime former Liberal MLA. The Greens, meanwhile, are hoping the vote gets split eight ways from Tuesday, allowing Carr to sneak out the win. That’s the plan, anyway, according to one party insider.