Politics Insider for March 29: Wilson-Raybould's document release, SNC to prosecutors: don't try so hard, and apologies and denials from Trudeau 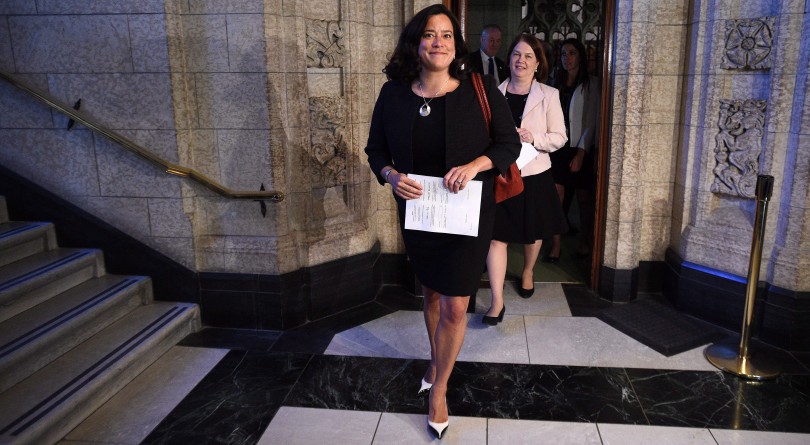 Not since the heyday of Bruce Springsteen & the E Street Band has a nearly four-hour performance held a crowd quite like Jody Wilson-Raybould’s Feb. 27 show at the House justice committee. Political obsessives (our kind of people) couldn’t get enough of her marathon recitation on pressure applied to her by Prime Minister Justin Trudeau and his functionaries—phone calls, meetings, texts, and a memorable meal at the Chateau Laurier—on the SNC-Lavalin case.

Today, the former justice minister and attorney general’s cache of documents backing up that testimony, plus a new written statement, are slated to be made public by the committee—after its Liberal majority voted down recalling her for a second sizzling live performance. Official Ottawa’s prediction machine grossly underestimated the impact of her debut testimony. Nobody is making the mistake of shrugging off her follow-up document drop. CTV’s Rachel Aiello gives it the full set-up treatment: CTV News.

“Humbly”—good one. Just in time to furnish a fresh backdrop to Wilson-Raybould, the Print Version, another leak. This time, Canadian Press has a PowerPoint presentation that SNC-Lavalin apparently created to spin a tale for federal prosecutors last fall about how, if they didn’t offer the Montréal engineering giant a way to avoid criminal prosecution, they’d up and move offices to the States and slash jobs in Canada. “We must humbly ask whether the public interest is served to prosecute SNC-Lavalin, and to try to achieve a guilty verdict,” the presentation asks in this news cycle’s prize one-liner.  (Canadian Press)

Over the transom: This isn’t the first leak in recent days to suggest that shadowy figures try to shape the publicly understood narrative of this saga. So speculation regarding whence these tantalizing leaks emanate has become a sort of story all its own. On the source of the latest CP scoop regarding SNC-Lavalin’s dire warnings, the national wire service tucked a little explanation in thusly:

The presentation, which was delivered by mail to The Canadian Press anonymously and without a return address, also suggests the end of seven-figure donations and sponsorships for various community causes, hundreds of millions more in lost tax revenues, and the loss of spending on research positions at universities.

Don’t look at us: Meanwhile, Prime Minister’s Office has denied it had anything to do with the leak of a few days ago that revealed hitherto sacrosanct details of Supreme Court of Canada appointment deliberations. That leak sure looked designed to make Wilson-Raybould appear to have been a justice minister of dubious judgement, and Trudeau a stout fellow for refusing to take her advice.

But that spin soon went all wobbly. Here’s our friend Cormac MacSweeney tweeting yesterday about the PM putting some distance between his operation and that botched bid to make his nemesis look bad. Oh, and Trudeau made use of the same media opportunity to say sorry for his snide remark to a protester in Toronto, and also to touch on the chance that next week J W-R (identified here by her Twitter handle @Puglaas) and her friend and fellow dissident ex-cabinet minister, Jane Philpott, might have a meeting with destiny, i.e., their fed-up fellow Liberal MPs, next week:

Speaking in Halifax, Prime Minister @JustinTrudeau apologizes for saying “thank you for your donation” to an indigenous protester at a Liberal fundraiser who raised concerns about mercury poisoning in Grassy Narrows. Says party will also refund the cost of the ticket #cdnpoli

Trudeau was asked if he will allow a vote in caucus to see if @Puglaas and @janephilpott should remain in caucus. He says his caucus is united and as for Philpott and JWR’s status, you’ll have to ask them what they intend to do #cdnpoli

Trudeau condemns leak of confidential information over appointment process for the Supreme Court. Says his office did not have any part in leaking it.
Why not call for an investigation?
He says they’ll continue to work to ensure Cdns have confidence in judicial system #cdnpoli