Paul Wells: The Conservative leader can only be sure of having one shot, and people in his party are still not sure what that shot will look like 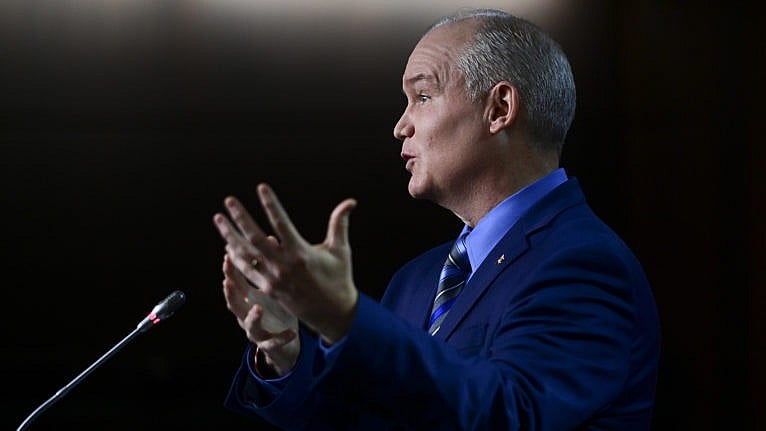 The good news for Conservative Leader Erin O’Toole, as an election looms more or less ominously, is that winners often look like losers before they win. In July 2005 I attended a dinner at the Calgary Stampede with assorted federal Conservatives. “Stephen Harper has earned the right to run one more campaign,” one said mournfully. “We’ll do our best and then pick up the pieces.” Seven months later Harper was Prime Minister.

In May 2015 I ran into Justin Trudeau at a Kentucky Derby party at the U.S. ambassador’s residence. The Liberals were in third place in the polls. “The Conservatives have made this about whether we have any ideas,” he told me. “That’s easy to fix.” Two days later he announced plans for a Canada Child Benefit. Six months later he was Prime Minister.

The bad news for O’Toole is that, on the other hand, losers often look like losers before they lose. Stéphane Dion and Michael Ignatieff and Thomas Mulcair and Andrew Scheer all had plans for victory that didn’t work. None was permitted by his party to try again. O’Toole can only be sure of one shot, and talking to Conservatives this week, what struck me was that they still don’t know what that shot will look like.

It’s normal for a leader to have closely-held policy positions as a campaign approaches. It’s less common for a party to be a week from a national convention and—two? Three? Six?—months from a general election and have no idea what the party will propose on major issues.

“I don’t feel like there’s a threat to his leadership,” one MP who’s never struck me as any kind of troublemaker said this week, speaking on condition of anonymity because they’re no fool. “There’s frustration with his leadership. Nobody’s saying, ‘We so-cons [social conservatives] need to rise up,’ or ‘Next time we’re going to be united behind this other person.’ There’s no danger of a coup, but people are saying, ‘Let’s go. Tell us what you stand for and we’ll get behind it and support it.'”

This person characterized O’Toole’s public message to date as, “We’re going to do everything the Liberals are doing, only better.” And they weren’t the only one to express frustration with the party’s repeated attempts to re-introduce the leader as a personality instead of saying much about Conservative ideas or Liberal errors. “We can’t just keep running ads saying, ‘Nobody knows who I am, please visit my website.'”

Two of the biggest question marks facing the party are matters that once seemed settled, at least within the Conservative Party’s internal culture. (Canadians could decide whether they liked the answers, but at least Conservatives had answers.) The first is the place within the party of religious conservatives whose views, especially on abortion, drive their political engagement. The second is what to do about curbing carbon emissions as a response to climate change.

On climate change, the party had a clear debate in its 2017 leadership contest, with candidate Mike Chong urging the party to back a carbon tax, and every other real or imagined candidate saying, “Nope.” Chong lost big, and every other candidate won. Well, at least at first. Andrew Scheer joined a national coalition of conservative leaders with, at best, minimalist carbon-reduction plans, and he got absolutely shut down at the Manitoba-Ontario border. Nor was he helped by having no answer on assorted social-conservative questions more persuasive than a promise to refrain from doing what he plainly wished he could.

O’Toole won the leadership on his second try by running to Scheer’s right and, essentially, building a coalition of Conservatives who bought the act and Conservatives who knew it was baloney. Turns out the two halves of that coalition are having a hard time getting along.

Those who come from the West and especially Alberta are starting to suspect the cheerfully inoffensive O’Toole they knew from 2012 to 2019 was the real one, and the firebrand who showed up for a leadership campaign in 2020 was fibbing. They didn’t run four national election campaigns against carbon taxes between 2008 and 2019, winning two of those elections and losing two more, because they thought it was strategically clever. They ran against carbon taxes because they don’t want carbon taxes. They’re less and less sure the new boss agrees with them.

Much of their concern centres on the presence around O’Toole of senior Ontario advisors like Dan Robertson and Walied Soliman, who worked for Patrick Brown when he was leader of Ontario’s provincial Conservatives. Brown was the only prominent Conservative leader in Canada who wanted to accept the Trudeau Liberals’ federal carbon tax. So there’s plenty of reason to speculate about what O’Toole would do. And since his own caucus doesn’t know more than you or I do, there’s no reason to refrain from speculating.

It’s not as though there were an obvious policy on carbon taxes that O’Toole refuses to see. One longtime Harper Conservative acknowledged it’s a harder question today than it was when Conservatives who opposed carbon taxes used to routinely stomp their opponents. Public opinion keeps shifting and the markets are starting to put their foot down too. Even Jason Kenney lately claims to discern complexity on the climate file. Not that Kenney is lately seen as a model of Conservative victory, even in Conservative circles.

Which brings us to the last bit of trouble for O’Toole. The party’s activist and donor base remains its right wing, overwhelmingly based in Alberta, Saskatchewan and the British Columbia interior. Stephen Harper lived in the party’s geographic and ideological centre of gravity. Erin O’Toole doesn’t. When there’s tension between the party’s factions, he’s poorly placed to defuse those disputes. His roots are in Progressive Conservative parties in Nova Scotia and Ontario. And unlike Harper, who leaned heavily on Progressive Conservatives like Peter MacKay and Marjory LeBreton to explain to Tory alumni the benefits of unity, O’Toole has no prominent and loyal Alberta Conservative loudly protecting his right flank.

If he picks up a few more points of support, none of this will matter. That’s clearly his game. And if he doesn’t? One veteran Conservative told me the party is unified for now, more or less, by the imperative of defeating Justin Trudeau. But if the Liberals win their majority back, Canadian Conservatism will have four years to revisit whether its various factions feel like sharing one party. And that’s the kind of debate that takes place whether a leader wants it to or not.