Paul Wells: Without power or focus once again, the Conservative Party has been left disappointed—and alone with the voices in its head 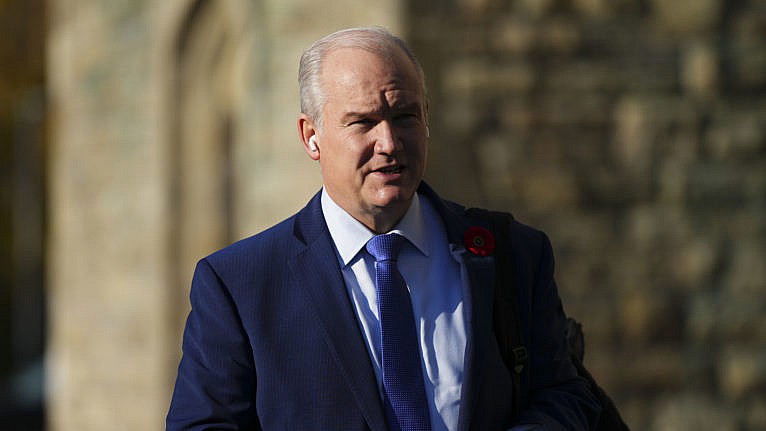 My favourite bit of any story about Erin O’Toole’s leadership of the Conservative Party of Canada these days is the part where his office declines a chance to defend him.

“Batters did not respond to Global News’ request for comment Monday,” one chronicle of a rogue Senator’s efforts to unseat the leader said. “Neither did O’Toole’s office.”

In one of my favourites, from Global’s redoubtable Alex Boutilier, MPs are told to refer questions about seat distribution to the Office of the Leader of the Opposition—which then refuses to comment. Look, if anybody’s not going to be commenting, make sure it’s us.

READ: There’s no you in Team Trudeau

To say the least, it’s easy these days to find communications experts, in any organization, who are quite convinced that the smartest thing to do in a given circumstance is to forego comment. O’Toole, or the people he hires to withhold comment on his behalf, seems to have raised reticence to the level of art. If, hypothetically, the earth were to open up and swallow him tonight, I wonder how many weeks would go by before anyone could be sure it had happened. I’ve got a long history of being less clever than communications pros, so for all I know, maybe it’s actually really smart to respond to accusations of a leadership vacuum by acting out a leadership vacuum.

Both times, a federal election led to a result that mixed disappointment with tantalizing progress for the main opposition party: a popular-vote plurality, a Liberal incumbent held to a minority in the House of Commons, but no outright victory, no return to power. Each time, the immediate disappointment led to questions about the leader—Andrew Scheer then, Erin O’Toole now. Each time, the early grumbling seemed to give way to longer-term pragmatism. “Sure, we don’t love this guy, but we can’t just be switching leaders every few months either. Let him be.”

MORE: All the good politicians are in Montreal

And yet by the time the snow flew, both in 2019 and in 2021 questions about the leader had returned. In a second wave, if I may borrow a gruesome analogy. For O’Toole this must be particularly disappointing. He was supposed to represent an alternative to everything Scheer had come, by the end of his leadership, to represent. O’Toole was climate friendlier. He had offered agreement in principle to marching in as-yet-hypothetical Pride parades. Fat lot of good it’s done him so far. In yet another weird flashback to the Scheer era, he’s beset by opponents who, to say the least, seem not to have a clear alternative in mind. Denise Batters was a Peter MacKay supporter. Did she expect MacKay to be more of a true-blue conservative than O’Toole has been? Does she expect MacKay to return from (there’s no kinder way to phrase this) ignominy to run again—to O’Toole’s right? I’d ask her, but I’m given to understand she’s not responding to requests for comment. Which, I mean, would you?

This too was the curse of 2019. “Not Scheer” was an easy answer to who Conservatives wanted as leader, easier than providing an actual person’s name turned out to be. Brad Wall, Jason Kenney, Jean Charest, Rona Ambrose and Pierre Poilievre turned out to be indisposed. Most had made no secret of their reluctance to run. Some would have been highly problematic candidates if they had run. One or two may yet be highly problematic candidates if given the chance.

RELATED: Michael Wernick has some advice

What’s wearing the leader, now as in 2019, is the sound of silence. Two things can be relied on to rally even a moderately divided party: power and a crisis. If O’Toole had won the election he’d have actual cabinet jobs to hand out, a throne speech to write, a new course in government to steer. It’s not easy and it’s not without its own peril, but power at least brings a sense of momentum. Crisis, and by this I mean a crisis out in the real world, clarifies stakes. It encourages people to set aside petty differences to meet the needs of the moment. But in the absence of a crisis, or indeed much of anything else, a party is left alone with the voices in its head.

I’m almost wondering whether Justin Trudeau’s reluctance to convene Parliament, about which I recently grumbled, isn’t a stroke of tactical genius. Conservatives facing a Trudeau know what they’re fighting. Conservatives facing the void soon find it staring back at them. If I were Trudeau I’d wonder whether it’s possible to prorogue this Parliament before it starts.