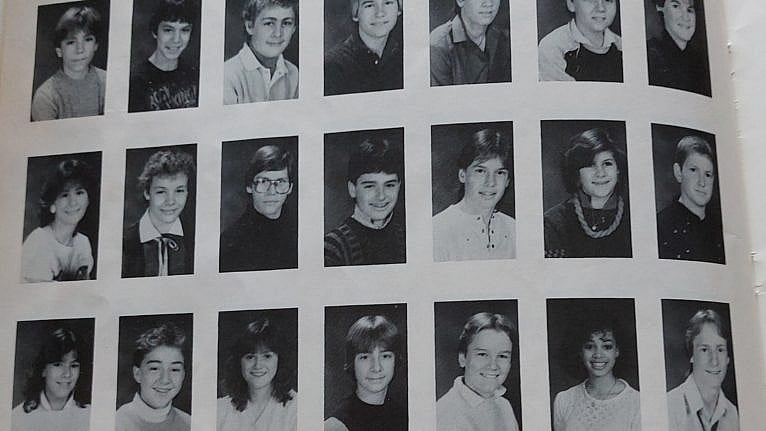 O'Toole (bottom row, third from the right) in his Grade 8 yearbook

I hesitate to say the word “yearbook” out loud in the middle of a Canadian federal election but bear with me: this is the story of a Grade 8 student in Port Perry, Ont., who decided his “probable fate” was to become prime minister of Canada and sealed this wish in a yearbook.

In the mid-1980s Conservative leader Erin O’Toole was just a young boy at R.H. Cornish Public School in Port Perry. He and his classmates were busy playing sports, everything from basketball to skiing and rollerskating, and dealing with annoying (I assume) siblings.

A page from O’Toole’s class yearbook, shared with me by someone who attended the school at the same time, gives a fun glimpse into this time. The Grade 8 class of 1984 was asked to share their favourite saying, their favourite pastime, a pet peeve and their probable fate.

Kids, of course, say the darndest things and this page is full of them.

I can only relate to being annoyed by Mondays, “no dinner!” and “life!” I have many questions for Albert H. whose favourite pastime was “killing chickens.” Lori N. likely envisioned the era of Instagram influencers with the dream of becoming a “famous partier.” Jennifer C. is a hero for dreaming of being a “bum.” We hope Derek C., who thought his fate was to be a “hitman,” and Andy E., who aspired to be a “surfing accident,” are both doing well.

But Grade 8 Erin O’Toole (‘Erin O” in the yearbook) aimed high with his answer to “probable fate”: “Prime Minister.”

His favourite saying: “Sure!”

His favourite pastime: “Breaking my arms”—a sarcastic nod to how he broke each arm within a two-year period while still at school, once during a soccer game and another during a game of tug of war. 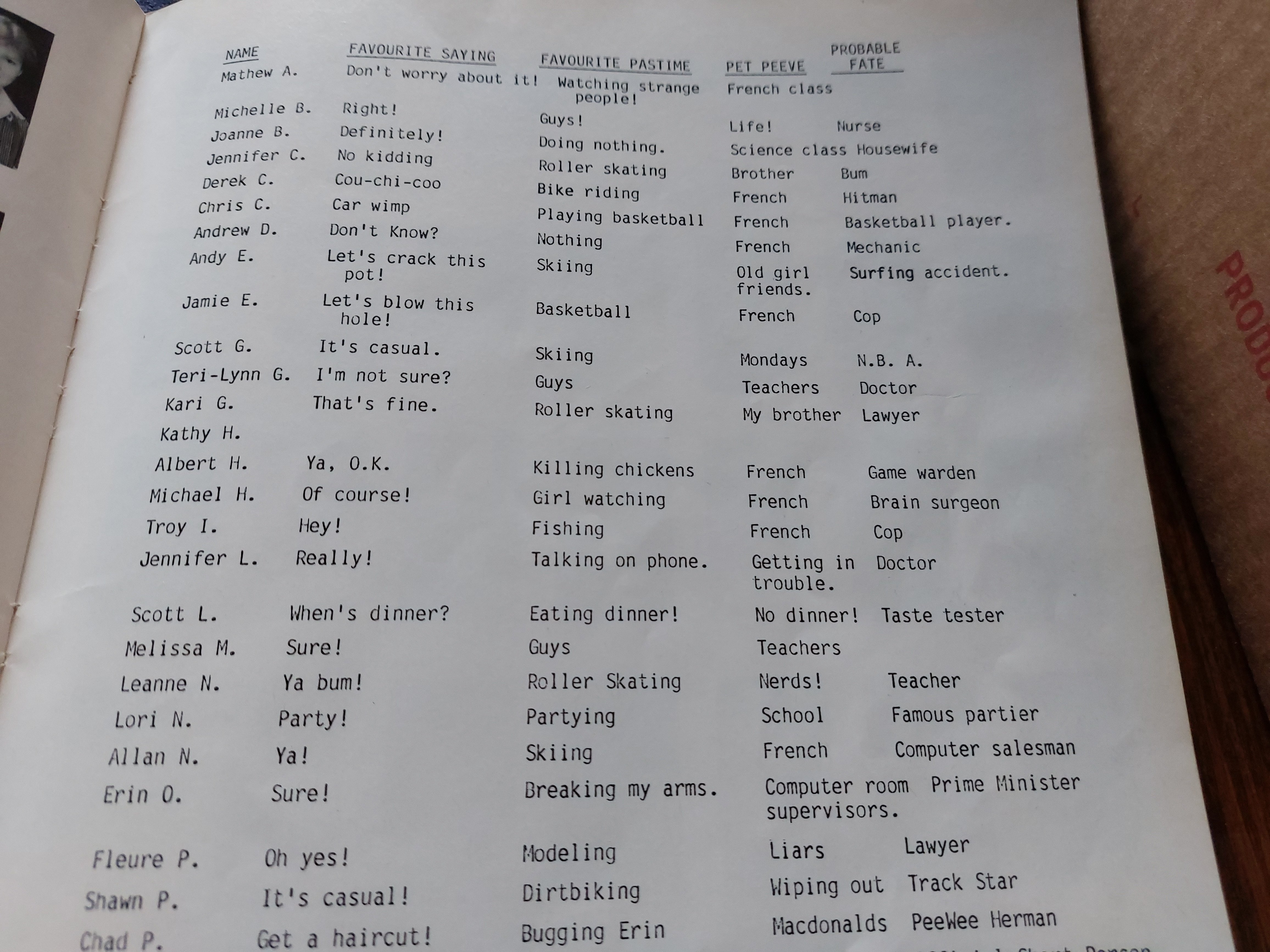 A page from O’Toole’s Grade 8 yearbook

His pet peeve: “Computer room supervisors.” As O’Toole tells it, the supervisors were strict about allowing computer usage for homework only, a rule he broke by playing games.

The yearbook page even gives a glimpse into one of O’Toole’s long-standing friendships: Chad P. wrote that his favourite pastime was “Bugging Erin.”

In an email, the Conservative leader told me he hadn’t seen the yearbook since he left R.H. Cornish, and “got a real kick” out of re-reading what Chad P. wrote. Today, Chad P. still lives close to Port Perry and comes out to put signs up for O’Toole.

“I have to say, it’s heartwarming to get the chance to glimpse back into my time at R.H. Cornish,” O’Toole wrote. “Thanks for this trip down memory lane!”

It’s the kind of storybook ambition that movies are made of, but this one’s real: Erin O’Toole is running for Prime Minister. His probable fate will be decided on Sept. 20.