Every important number in the WE drama that's consuming Ottawa 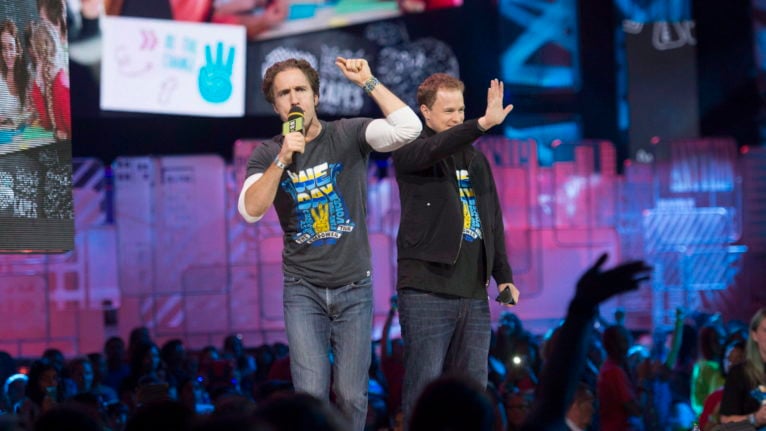 Craig Kielburger and Marc Kielburger speak during We Day in Toronto on Oct. 2, 2014 (CP/Hannah Yoon)

The scandal of the summer doesn’t go by a single name. Is it the Kielburger affair? Maybe the WE affair? The value of the failed program at the heart of the scandal, the Canada Student Service Grant (CSSG), ranges from $543 million to $912 million. As far as scandals go, this one’s got a lot of numbers, and numbers within numbers. It’s a bit of a Russian nesting doll. As the Tories call for the heads of Prime Minister Justin Trudeau and his finance minister, Bill Morneau, here is a comprehensive look at every significant dollar total, data point and date in the scandal with no name.

$912 million: The total value of the Canada Student Service Grant when the program was announced by Prime Minister Justin Trudeau on April 22. A comprehensive table that lays out all federal emergency spending estimates still assigned that number to the CSSG program on July 28. A separate estimate, last updated on July 24, pegs the program’s cost at $900 million.

$543.53 million: The total federal funding allotted to the CSSG according to the contribution agreement signed by both WE Charity Foundation representatives and Minister Bardish Chagger. (Read the full contribution agreement here.) The discrepancy between this figure and the $912-million estimate hasn’t yet been fully explained by federal officials.

$500 million: The total federal funding allotted for students, who would be eligible to receive $5,000—paid in increments of $1,000 for every 100 hours volunteered.

$43.53 million: The total federal funding allotted to WE Charity Foundation for “eligible expenditures” associated with the “design, implementation and delivery” of the CSSG.

$33.03 million: The amount to be paid to WE Charity Foundation as early as July 2, only nine days after the contribution agreement was finalized.

$5 million: The total loss to WE Charity Foundation after the cancellation of the contribution agreement on July 3, according to a statement made by Marc Kielburger during parliamentary testimony on July 28. (Kielburger said WE had already started spending funds, including the hiring of staff.)

40,000: The combined number of students who could sign up for what the contribution agreement calls “WE volunteer service opportunities across Canada,” which included roles with both WE and the program’s other non-profit partners.

60,000: The combined number of students who could sign up for what the contribution agreement calls “non-WE volunteer service opportunities,” which would be “generated by not-for-profits who proactively reach out and would like to be part of the program.”

$41,366: The total amount reimbursed to WE Charity by Finance Minister Bill Morneau, who’d joined his family on a service trip to Ecuador in 2017

$12,000: The total amount that would have been available to teachers who recruited students into the CSSG, according to a Globe and Mail report that cited a WE posting.

390: The number of employees at WE Charity before layoffs prompted by the pandemic.

187: The number of employees at WE Charity after layoffs prompted by the pandemic.

33: The length, in words, of the affirmation given by each of the Kielburgers when they appeared before the House finance committee (“My name is Craig/Marc Kielburger. I do swear that the evidence I shall give on this examination shall be the truth, the whole truth, and nothing but the truth, so help me God.”)

20: The length, in minutes, of the opening statement the House committee granted the Kielburger brothers on July 28

10: The actual length, in minutes, of the Kielburgers’ opening statement

Key dates in the WE affair

March 27: WE Charity’s chair of the board, Michelle Douglas, resigns after a disagreement with the organization about the disclosure of financial documents. WE was in the process of laying off staff in the midst of the pandemic.

April 9: The WE Charity submitted a youth entrepreneurship proposal to the federal government.

April 19: Rachel Wernick, an assistant deputy minister at Employment and Social Development Canada, requested an urgent phone call with Craig Kielburger to discuss a prospective federal program that would evolve into the Canada Student Service Grant

April 22: Prime Minister Justin Trudeau announces the creation of the CSSG. Craig Kielburger submits a proposal to Wernick that would see WE Charity deliver the program.

June 12: In a statement he’d later retract and apologize for, Marc Kielburger tells Canadian youth organizations that the Prime Minister’s office contacted WE directly in April to take on implementation of the CSSG. When the National Post reported on a leaked version of that videoconference, WE reportedly reiterated that a senior public servant—Wernick—actually made the call.

May 5: The contribution agreement formalizing WE Charity Foundation’s administration of the CSSG goes into effect.

June 23: The contribution agreement is signed by Scott Baker, the head of WE Charity Foundation; Victor Li, WE’s CFO; and Minister Bardish Chagger. The agreement is implemented retroactively to May 5.

July 2: WE Charity Foundation would have collected more than $33 million.

July 3: The contribution agreement is cancelled.

July 21: Finance Minister Bill Morneau receives a bill from WE Charity for the costs of a trip, initially covered by WE Charity, to Ecuador in 2017.

July 22: Morneau testifies at the Commons finance committee, and states that he cut a cheque to WE earlier that day.

July 28: The Kielburgers testify for four hours at the finance committee. They followed Douglas, who testified for an hour.