Everyone in Canada's doing it

Politics Insider for June 25: A Ford fix, Meng's lawyers say 'let it go' and the Raptors not Washington-bound 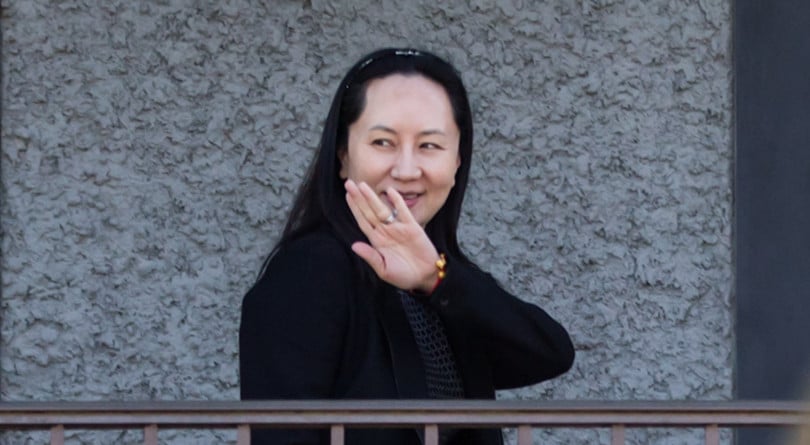 Huawei chief financial officer Meng Wanzhou, waves as she returns home after attending a court appearance in Vancouver, on Wednesday May 8, 2019. (Darryl Dyck/CP)

Insecure bosses: With the departure of Dean French as Ontario Premier Doug Ford‘s chief of staff this week after a patronage scandal and major cabinet shuffle, and the earlier exit of Justin Trudeau‘s principal secretary Gerald Butts, Paul Wells looks at question of what these two departures tell us about the governing styles of two very different leaders, such as the inexperience of their respective governments, the lack of continuity from campaign to government, and the insecurity of each chief of staff’s boss:

One doesn’t have to sink too deeply into one’s armchair-psychiatrist’s armchair to note that just about the last person who was going to bring Dean French into line was Doug Ford, just as Justin Trudeau was unlikely to offer much criticism of Butts or Telford. Both leaders seem adrift without their closest advisor. Other leaders have seemed more independent; Brian Mulroney comes to mind. But this is a key weakness of the Jed Bartlet formula for picking a lieutenant: who on earth do you hire after you’ve lost your best friend who’s smarter than you, whom you’d trust with your life? (Maclean’s)

Part of the problem with the idea of Ford Nation is that it always presumed the presence of a nation, rather than a much smaller subset of individuals who prefer their politics served simple. One year in, it’s safe to say there is no such thing as Ford Nation, or at least not one big enough to command reelection. Ontario’s Progressive Conservatives are going to have to learn how to govern beyond the buck-a-beer crowd.

And while the resignation of hard-charging Ford Chief of Staff Dean French (ostensibly for a pair of bonkers patronage appointments) might help on that front, things will only truly get better when the Premier’s Office realizes the true talent of this government lies outside its four walls. There can be no more command and control from a now-hollowed centre. (Maclean’s)

Put a fork in it: All three main party leaders made a pre-campaign stop in Quebec Monday for Fete Nationale celebrations. NDP leader Jagmeet Singh headed for Montreal while Conservative leader Andrew Scheer made for Quebec City and Sherbrooke. As for Trudeau, he stopped off in his home riding of Papineau, where he thanked a local youth council for proposing ideas for fighting climate change, among other challenges. But wait, what was that some on Twitter noticed next to the pizza boxes displayed in one of Trudeau’s tweets? Surely not a plastic fork food lifter sort of thing. (Canadian Press)

It’s a Canadian thing: Lawyers for Meng Wanzhou, the Chinese telecom executive detained in Vancouver on a U.S. arrest warrant, say the Canadian thing to do would be for the minister of justice to interfere in the case, disregard Canada’s extradition treaty with America and set Meng free. “Over our history, the Canadian government has stood up for Canadian values, including the rule of law, even in circumstances where this has meant a departure from American foreign policy,” her lawyers wrote in a letter to Justice Minister David Lametti. “Ending the extradition proceedings against Ms. Meng now is entirely consistent with Canada’s commitment to the rule of law, our international treaties and Canada’s independent foreign policy.” (Global News)

No travelling: The White House hasn’t extended an invitation to the Raptors after winning the 2019 NBA championship, but if the Trump administration does, it may go unanswered. “I try to respect everybody in every field that they do regardless of how crazy things are, but he makes it really hard,” Raptors forward Danny Green said this week. “[Trump] makes it very, very tough to respect how he goes about things and does things. To put it politely,” he said to the question of whether the Raptors would meet with President Donald Trump, “I think it’s a hard no.” (Global News)