Everyone wants the last word in the SNC-Lavalin controversy

Politics Insider for April 1: Butts has more to say, fallout from Wilson-Raybould's secret phone recording and its carbon tax day in four provinces 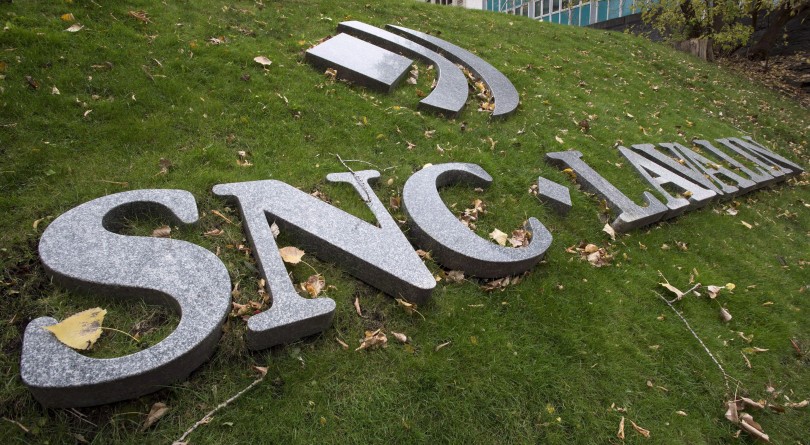 Once more with feeling: For a Liberal-dominated justice committee that wants nothing more to do with the SNC-Lavalin controversy,  there seems to be no end to past witnesses hoping to get in a last word on the matter. After former attorney general Jody Wilson-Raybould released an explosive audio recording of her conversation with soon-to-be-former Privy Council Clerk Michael Wernick—with that release coming after Wernick reappeared before the committee to address Wilson-Raybould’s testimony—Justin Trudeau‘s close friend and former advisor Gerald Butts revealed he has more to say, too. “Having reviewed Ms Wilson-Raybould’s further testimony,” he tweeted Sunday, “I have tabled with the Justice Committee notes and texts between us related to the events Ms Wilson-Raybould describes.” (Twitter)

After Butts’s texts and other documents have been translated they will be released to the public, ensuring another news cycle in the justice committee’s SNC-Lavalin investigation, which officially ended March 19 when the committee’s Liberal majority determined “we have achieved our objectives with regards to these meetings.” (CTV News)

Over the weekend Wernick’s lawyer said the PMO was not briefed about Wernick’s call with Wilson-Raybould because “everyone went on holidays the next day” and that despite Wernick’s assertion that Trudeau would “find a way to get [a deferred prosecution agreement] done one way or another” the SNC-Lavalin issue wasn’t even a top priority for the Prime Minister. Conservative Leader Andrew Scheer found that hard to believe: “The idea that [Trudeau]  was on vacation and couldn’t be briefed about an issue that he took such great interest in, that he sent his principal adviser multiple times to lobby Ms. Wilson-Raybould to interfere in this situation, an issue that he himself had a meeting with her on, and then never asked about it, certainly I’m not buying that.” (CBC News)

In case you missed it, here are key highlights from Wilson-Raybould’s phone call with Wernick along with a recording of their conversation. (Maclean’s)

Wilson-Raybould and her tape recorder brought out more grumbling from the Liberal caucus about her continued presence on Team Liberal. Labour Minister Patty Hajdu called the tape recording “unethical” and “deceptive” and said while the decision about Wilson-Raybould’s future in the party is up to Trudeau and her fellow Liberal MPs, she’s not happy: “I, personally, don’t feel comfortable, personally, with a colleague who may be recording me without my knowledge.” (Canadian Press)

Go away: Hajdu joins a long list of other Liberal MPs—overwhelmingly women—who’ve come out against Wilson-Raybould and former cabinet minister Jane Philpott. Their futures as Liberals will likely be put to the test Wednesday when the party’s MPs gather for their next caucus meeting.

Here to stay: Wilson-Raybould has no plans to go anywhere. “I was just doing my job,” she told the Toronto Star after a ceremony in her honour near her We Wai Kai First Nation in Campbell River, B.C. on Saturday. She said she is “absolutely ready” for whatever comes next in the SNC-Lavalin saga and stated once again that she intends to run as a Liberal in the next election. As for Philpott, she said her former cabinet colleague resigned “for her own integrity.” (Toronto Star)

Happy carbon tax day: In the same way the SNC-Lavalin saga stole the thunder from the Trudeau government’s pre-election budget last month, it has overshadowed the roll-out of carbon taxes in Manitoba, Ontario, Saskatchewan and New Brunswick today, for better or for worse. While Scheer and the Conservatives, as well as Premier Doug Ford in Ontario, have stepped up their campaign against the carbon levy on social media, the new tax, which will add 4.4 cents to the price of a litre of gas, has garnered relatively little coverage. (Canadian Press)

NDP’s sexual misconduct baggage: Late last year, Rachel Notley conceded two NDP MLAs were the subjects of noncriminal sexual misconduct allegations, and that they were investigated and dealt with through “education and instruction.” The two NDP men implicated were never named—the Premier said the cone of secrecy was to defend the complainants’ privacy, though it cast a shadow on every male in her caucus. Complainants have never come forward.

In recent days, the UCP has urged their rivals to name the misbehaving politicians. Deputy leader Leela Aheer released a public letter to Notley that asks by name whether one senior MLA is among the two, stemming from a tweet posted and then deleted by a former political aide who also accused Liberal MP Kent Hehr of sexual harassment. The opposition Alberta party called Sunday for better rules on MLA conduct and complaints. Notley is sticking with her previous line of disclosing nothing about the accused parties to protect the privacy of the accusers. With no evidence to name names, this story seems to be in a holding pattern. (We’re not linking to Aheer’s letter due to this lack of evidence.) This has now become a highly partisan issue, if it wasn’t already.

After the UCP has fielded nearly two weeks of questions about allegedly nefarious deeds in Kenney’s leadership bid and the bigoted comments of ex-candidates, the Conservatives clearly wish to drag the NDP into the mud and get Notley on defensive, too, and perhaps deservedly. It could be a sign the UCP isn’t having the cakewalk they expected.

Is the race tightening? There are hints and murmurs that the NDP have slightly narrowed their gap behind the UCP. We won’t know the definitive answer until some horse-race polls come out, likely later this week. (No new ones have come out since the election was called.) Alberta Labour Federation’s president threw out some jolting numbers about a mere four-point lead for Kenney’s party—down from an average of 15— but it’s likely the sort of polling released to give the impression of great momentum, not to give an accurate state of the race.

It’s an Ekos poll conducted for Unifor, and it only represents a selection of the polling the NDP-friendly union commissioned. One labour official also explained that the poll wasn’t conducted for public release, but to direct union activists where to mobilize support. The respondents weren’t a random sample of Albertans, but a panel of the same sample of people used for previous Unifor polls—a less conventional method designed primarily to track changes in support. Mainstreet Research claims the NDP are gaining and now lead in Calgary and Edmonton, but they release data only to subscribers. That firm’s reputation is dismal in Alberta after Mainstreet terribly botched the Calgary last mayoral race.

If you didn’t catch the weekend political shows, here’s some of what you missed:

Nothing to see here: In the wake of Wilson-Raybould’s release of her phone conversation with Wernick, Liberal MP Randy Boissonnault, a member of the justice committee, was dispatched to do damage control with a message that there was nothing new in the recording. “The prime minister’s been very clear that there was an erosion of trust here,” he said on Global’s West Block. “Really good working relationships broke down. But even in yesterday’s, you know, submission to the justice committee, what’s clear is that nothing illegal took place.” (Global News)

Pump up: Ahead of today’s debut of the new federal carbon tax and rebate program in Manitoba, Saskatchewan, Ontario and New Brunswick, Environment Minister Catherine McKenna appeared on CTV’s Question Period to defend the Trudeau government’s climate plan against attacks from Conservatives: “Yes, let’s be clear. The price of gas will go up just over four cents. And that creates an incentive for people to consider ‘Maybe I should look at a more energy-efficient vehicle’ … but that’s your choice. You still get the money back at the end of the day.” (CTV News)

Sunless ways: After Trudeau smugly thanked Indigenous protesters at a Liberal fundraising party for their donation last week—a remark he apologized for the next day—Union of B.C. Chiefs Grand Chief Stewart Phillip unleashed on the Prime Minister during an interview on the West Block: “Now that he’s under tremendous pressure from the Jody Wilson-Raybould/SNC-Lavalin issue, Mr. Trudeau is really revealing himself to be who he really is, which is a very self-centred, conceited, arrogant individual and I think that was demonstrated with his very smug, mean-spirited response to the Grassy Narrows demonstrators … Without question, the sun is setting on Justin Trudeau.” (Global News)