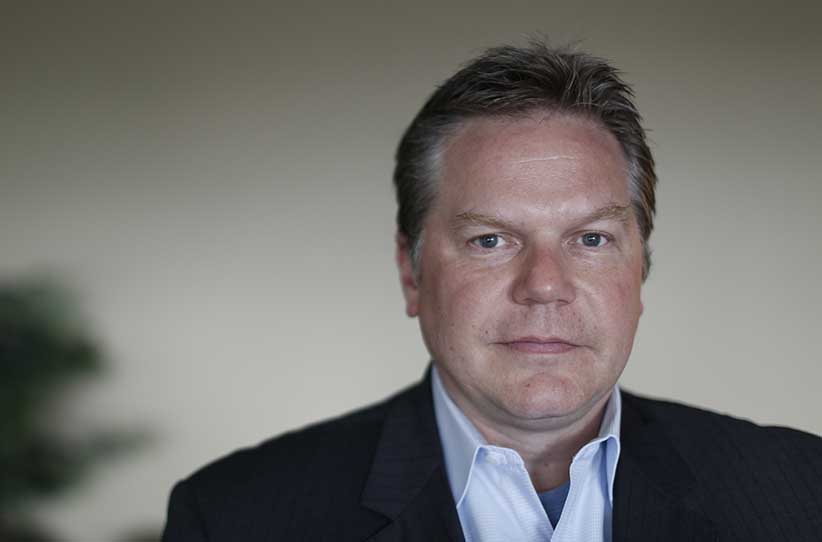 James Rajotte accomplished more in politics than most: five-time Canadian Alliance and Conservative MP for Edmonton ridings, and chairman of two powerful Commons committees (Industry, then Finance). But he never had a chair at the cabinet table, and, last week, the 44-year-old MP announced he won’t run again this fall. He met with Maclean’s in his suite at the top of a Sparks Street office tower in Ottawa.

Q. You’ve been in the House of Commons for 15 years. When you announced that you wouldn’t run again, a lot of people said, “Well, what a great guy,” and, “Parliament will be diminished without him.” A number said, “It’s got to be an expression of frustration at having never gotten further.” Is that the case?

A: No. I’ve loved my 15 years here. I served 5½ years in opposition, the rest of the time in the governing caucus, and I’ve chaired two committees, and that’s been the most rewarding part of my parliamentary experience. I think, with my temperament, I’m well-suited to that role. One could argue that in chairing Finance, you have an awful lot of input into the budget, which is the primary document the government follows each and every year. So, in that role, I think I’ve had a lot of impact on public policy, which is why I ran.

Q: The other thing people are saying is, “Rats fleeing a sinking ship. We saw what happened in Alberta and you’re getting out while the getting is good.” How would you respond to that?

A: If you look at the polls, it’s going to be a three-way competitive race, this federal election. I think we’re at a very good number for a party that’s been in power for nearly 10 years. If you look at Alberta, I would point to a couple of differences. First, the Conservative vote was split in the provincial election. It’s united federally. And second, the Liberal party in the provincial election was not really on the radar for voters at all. That’s not true federally. Federally, the Liberals are definitely an option for some voters in Alberta.

A: That’s an interesting question. My entire life, essentially, we had a Progressive Conservative party in power [provincially], so that is a fundamental, substantive change there. Edmonton, though, has always had an interesting political dynamic. We had mayors in the past [such as] Jan Reimer, [who] was certainly progressive, if not, one would argue, left. We had Laurence Decore, who was mayor of Edmonton, who became leader of the Liberal party, and who nearly beat Ralph Klein in Klein’s first election. You go back to Don Getty; he lost his seat to Percy Wickman when he was premier and, in fact, had to force a by-election and run in another seat. Look at people like Anne McLellan [a Chrétien-era Liberal] in Edmonton. Political parties other than Conservatives have always had footholds in Edmonton, so it’s nothing new for us.

Q: I want to make sure I understand this correctly: You’re not going away mad?

A: I’m not going away mad at all. In fact, I’m very happy. Initially, when I decided I would perhaps run for a sixth election, I think there was just something gnawing at me saying, “I don’t think this is the best thing for you as an individual.” So it is a very personal decision, but, the more people I tell, the more at ease I am with the decision.

Q: You were one of the first five members of the Alliance caucus to talk to Prime Minister Stephen Harper about coming back to politics. What did you see in him?

A: Incredible intellect, obviously. Strong facility in French. Very good strategic mind. He had strong support from party activists. He was somebody who talked about bringing professionalism, competence, discipline to the party and the caucus, and a real structure and an order. If you’re going to campaign against [what is] arguably the most successful party in liberal democracy in the 20th century, you had better be prepared to compete with them at that level, and he brought a sense that that was required. And when you have a caucus where there was an internal battle, you often do require somebody from outside to try to make peace between the various factions.

Q: Is that also something that might hold for the future? Are you done with politics?

A: I am for now. It’s hard to say, going forward. I will volunteer, I will follow news and be active in public policy debates. But I will not be in active politics.

Q: What surprises did being in government hold?

A: I don’t know if anything can prepare you for the vastness of the operation. I remember reading a paper every morning and thinking, “How can a government make so many errors? How can they not be on top of all these facets?” And then you get into government, and the number of agencies and departments, the size of them, the number of officials and the thousands of decisions that are being made every day, and, if one of those decisions goes wrong, obviously, the minister and the government have to account for that. I remember Anne McLellan telling me, “James, it looks very easy from the opposition benches, and I know it’s your job to critique, but you will see one day that it’s really hard as a parliamentarian because there are so many decisions being made and you’re trying to influence it, but you don’t have any control over the decision.”

Q: What would you say that people don’t get about the Conservative party or about this Prime Minister? What’s the big misconception?

A: I wish people could see how thoughtful [he is]. In caucus, you’ll raise an issue and he will respond in a very substantive way. It’s clear he’s thought the whole policy issue from A to Z, back and forth, and he’s analyzed every option. He will explain why they have come to the decision they did. I wish people could see the side of him that we see every week in our caucus.

Q: Why can’t people see that?

A: One thing I would say is the friendly advice I give to my colleagues on the Conservative side: Don’t be afraid of communicating and explaining your rationale for why you’re doing what you’re doing. I think they would argue that they are doing that. But we all have to understand that most people are not political animals. I would just encourage the Prime Minister and others to keep showing that side of the government—that, on a tough issue, we’ve thought about it, and this is why we’ve arrived at this decision.

Q: And did you ever wish you had more latitude to speak your mind on issues?

A: I never felt actually controlled in that way. I mean, this is a very partisan environment. I’m not an excessively partisan political figure, but I find that more disconcerting from all political parties in the sense of, you know: You can disagree with someone, but let’s not take it personally. Members can support a party nine out of 10 times and still be strong members of that party. I would also say, if I could very gently, I would like the media to think of members of Parliament as something other than sheep or rebels. You vote differently from the cabinet on two bills, private member’s bills, and you’re considered a rebel by the media, and that’s not true at all.

Q: This majority mandate for the Conservatives was often a lousy time for you guys. The Prime Minister loses his chief of staff, the RCMP laid charges against suspended Sen. Mike Duffy. And the polls have been rocky. Was there ever a moment you thought, “Harper’s going to throw in the towel”?

A: No, I certainly didn’t think that. He loves this job. The caucus has been very united in saying, “This is the person who is the right person to lead us into the next election.”

Q: Is there a discussion starting within the Conservative party about what happens after Stephen Harper?

A: I think people are probably thinking about it, but I don’t think it’s at a conversation stage yet. People are very much focused on the next election. We don’t have a situation as the Liberals had with Paul Martin and Jean Chrétien; nobody has been seen as a challenger. Even the strong ministers have played very supportive roles.

A: I’ll certainly miss the people, the friends I’ve made. The policy discussions: I will miss being at the centre of those. The Finance committee of so many different witnesses coming forward . . . and seeing somebody present a policy idea on changing the charitable donations and, three years later, [it] makes its way into a budget; or an industry-committee manufacturing report that makes its way into a budget because you managed to convince [the late Finance minister] Jim Flaherty. That is rewarding and something I’ll treasure forever. The camaraderie with colleagues, it’s something. I grew up playing hockey on a team, but it’s far and away beyond what that ever was. The things I will not miss? I will not miss question period. I will not miss most of the debates in the House. There’s an awful lot of negativity in politics. It may ebb and flow, but it is a permanent reality, and I will not miss that.

Related reading: James Rajotte on the state of the House