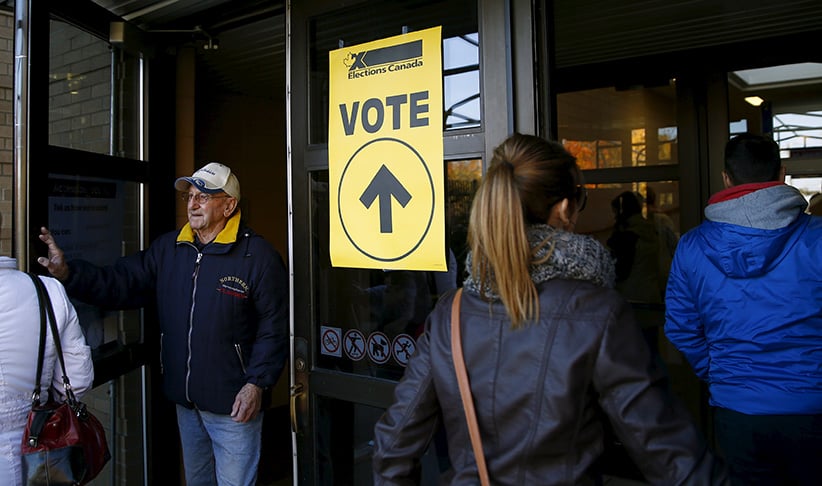 TORONTO – Allowing long-term Canadian expats to vote in federal elections is not a Constitutional requirement but a policy decision that Parliament has the right to make, the government plans to tell the country’s top court.

Elected officials implemented the voting ban for those out of the country for more than five years as a matter of fairness, and the decades-old law is perfectly legitimate, the Liberal government argues in new filings with the Supreme Court of Canada.

At the same time, the Liberal government indicates in the documents — as it has done several times during and since last year’s election — that it plans changes to the law.

“Parliament’s 1993 choice…had the pressing purpose of maintaining the fairness of the democratic system and was a proportional limit,” the government says in its factum.

The law, the Liberal government argues in its factum, recognizes that long-term non-residents have “different and less onerous responsibilities” under Canadian law and the ban was not intended as a value judgment on any individual voter.

In February, the Supreme Court is set to take up a challenge to the ban by two Canadians living in the U.S. The pair initially won a declaration in 2014 that the law infringed their constitutional rights, but Ontario’s top court — in a split decision — restored the legislation on the basis of preserving the “social contract” between Canadians and their government.

The expats appealing the ruling— as many as 1.4 million Canadians abroad are believed to be affected by the law — had wanted the government to abandon its defence of the ban given its promises to change the legislation.

While the ban has been on the books since 1993, it was only actively enforced under the former Conservative government of Stephen Harper.

“The Conservatives then sought to use the courts to validate the constitutionality of this position,” said Gillian Frank, one of those involved in the legal fight.

“The Liberals, on the other hand, are trying to convince the Supreme Court that it is constitutional for the government to disenfranchise millions of Canadians because of where they reside.”

While Parliament has the right to pass legislation, the courts have the duty to ensure such laws are constitutional, Frank said. The Liberals, he said, are playing a “dangerous” game defending the legislation while promising to change it.

“They are seeking to make voting rights, which should be inalienable and irrevocable, subject to the political whims of Parliament,” he said. “Canadians living abroad have been down that road before with Stephen Harper. They were excluded from two federal elections as a result.”

The government’s legal filing comes during the heated U.S. presidential election. American embassies and consulates in Canada and elsewhere held voter registration drives to encourage millions of expats — many of whom have never even lived in the United States — to cast ballots.