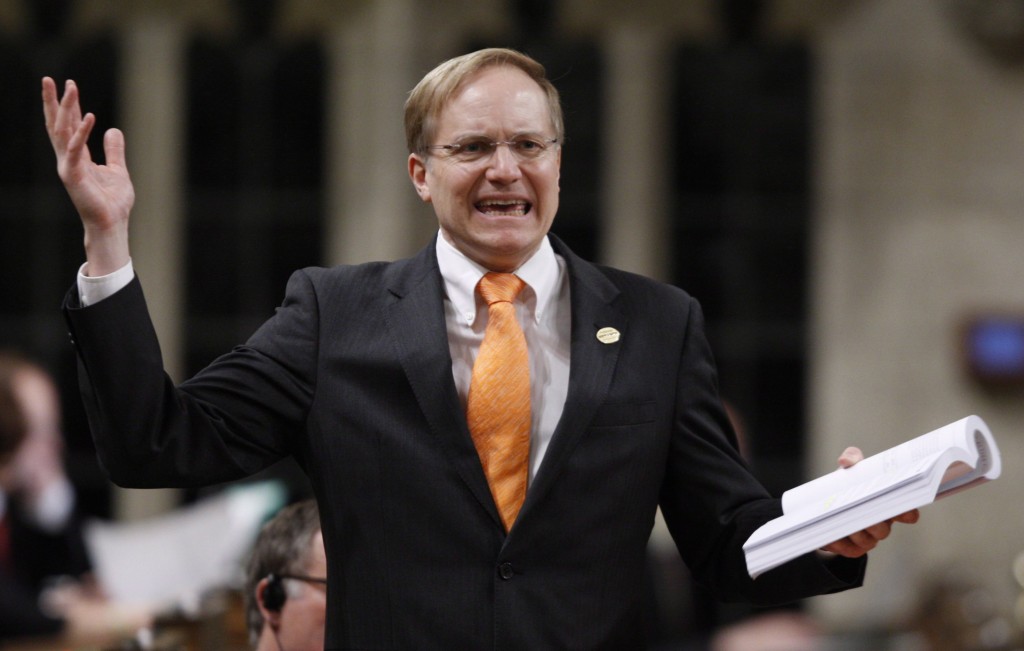 VANCOUVER – The NDP leadership race is off the ground with its first contestant along with a campaign of soul-searching to map out the party’s future identity, experts say.

Julian said his vision of the country is one “where everyone matters and no one is left behind.” He promised to get rid of tuition fees at post-secondary institutions and oppose pipeline projects such as Kinder Morgan’s Trans Mountain project.

Max Cameron, a political scientist at the University of British Columbia, said Julian’s announcement speech signalled a desire to move the NDP back towards the left of the political spectrum.

“I think the NDP has to do that in the current circumstances. Sometimes people talk about the NDP being torn between power and principle, but at this moment in time, the NDP really doesn’t have much of a choice, I don’t think,” he said.

MORE: The NDP’s Charlie Angus comes in from the cold

Both the NDP and Conservatives are being pushed to the outer edges of the political spectrum by the governing Liberals, which occupies the centre, Cameron added.

But creating a party that’s a viable challenger to the Liberals didn’t come across in Julian’s announcement, he said.

What issues will determine who becomes the next leader remain to be seen, but Christopher Cochrane, a political science professor at the University of Toronto, said there could be a disagreement between the “old left and the new left” on what the party should stand for.

The NDP has been moving its agenda toward the centre for years, but that movement was interrupted by the 2015 election, Cochrane said.

“The progress that the NDP had been making towards victory really came crashing down in the last election and that’s an opportunity for the ideologues to reclaim the party,” he said.

The results of the last federal put both the NDP and the Conservative party in unique positions, he added.

The Conservatives currently have a leadership race of their own underway — one with more than a dozen candidates, including a reality TV personality and an MP known for offering polarizing opinions on Canadian values.

Both the NDP and Conservative leadership races show a struggle to define their parties, Cochrane said.

“That’s not the case with all leadership races,” he said. “I think most times leadership races revolve around the question of who’s most likely to win for the party or who in the party do folks like the most. They’re not the same kind of existential choices that candidates are now presenting to the parties.”

“There’s no doubt it’ll have a major effect,” he said.

While some Conservative candidates have been influenced by the social and economic policies of President Donald Trump, some people believed to be in the running for the NDP leadership seem to be taking note of the campaign ran by Vermont Senator Bernie Sanders, Aivalis said.

Sanders ultimately lost the race for the Democratic nomination, but his campaign grew from modest beginnings to raise “a ton of money” and inspired a lot of enthusiasm, particularly among young people, Aivalis explained.