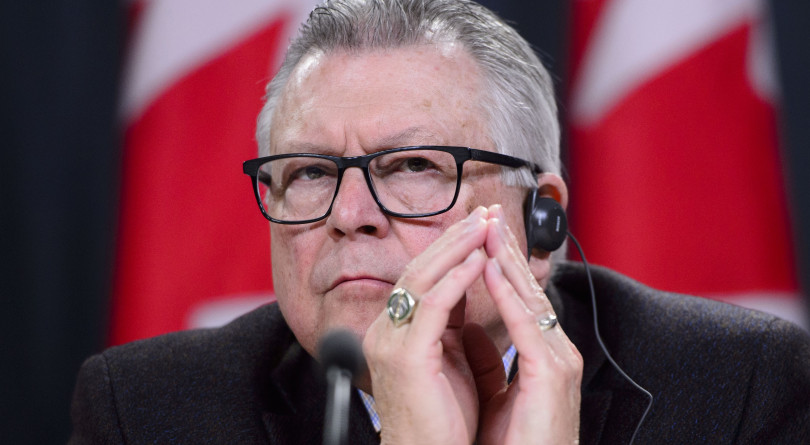 Going, going… : The latest seat projection from 338Canada is out, and the Conservatives have let their winter/spring lead fade into the distance, writes the firm’s founder Philippe J. Fournier. After the latest polls are factored into 338Canada’s projection model, which also reflects historical riding results and demographic data, the Liberals’ projected seat average is 149 versus 147 for the Conservatives. And once again, the results show Ontario is emerging as a make-or-break province for both parties:

Hypothetically, according to current numbers, should the Liberals fall to or below 50 Ontario seats (a net loss of at least 30 seats compared to 2015), it would be virtually and mathematically impossible for the Liberals to win the most seats in Canada. In this scenario, the only way Justin Trudeau could remain Prime Minister would be to forge alliances with the NDP and the Greens (and the Bloc?) to win the confidence of the House.

Conversely, the Conservatives simply cannot expect to win the most seats in Canada if they do not make significant gains in Ontario. In 2015, the CPC won 33 Ontario districts—a sharp 40 seat drop from the Harper majority victory of 2011. According to the model’s data, a net gain of 20 Ontario seats for the CPC (for a hypothetical total of 53) could barely be enough to secure a Conservative plurality—that is if the Conservative Party manages to keep its current numbers in Quebec and Atlantic provinces. (Maclean’s)

Heard it all before: Those phone calls from a senior bureaucrat at Global Affairs Canada to two former Canadian ambassadors to China — David Mulroney and Guy Saint-Jacques — urging caution in their comments about the ongoing diplomatic dispute hit more than a few notes we’ve heard before, observes Paul Wells:

The PMO and Chrystia Freeland’s office were left, not really to deny any part of Mulroney’s account, but to couch it in the most anodyne terms. Nobody was forbidding Mulroney from speaking, they insisted, and I’m sure it’s true. He can say what he likes. They just hoped he’d get a second opinion. The way Michael Wernick hoped Jody Wilson-Raybould would get a second opinion—or a third, or a sixteenth, or however many it took until she finally guessed the right answer—on SNC’s eligibility for a deferred prosecution agreement.

As for the mention of “an election environment,” well, that’s familiar too, isn’t it. Wilson-Raybould testified that a majestic procession of Liberals, from Justin Trudeau on down to Ben “Be Careful When Using My Name” Chin, kept mentioning upcoming Quebec and federal elections to her when advising her on the finer points of prosecutorial style. Because if there’s one thing that comes to mind when you think of a fair trial, it’s constant reminders that the party in power must not lose. (Maclean’s)

Team Green: Comedian Tom Green stepped up his campaign to block the owners of Ottawa’s Château Laurier hotel from going ahead with a controversial addition. The Ottawa-born actor held a picnic protest over the weekend to draw attention to the proposed changes. “It’s an incredible place,” he said. “It is a world class place. You can’t recreate that. That’s something that we have that shouldn’t be messed around with.” (CBC News)

Among the politicians joining Green: Enviro minister Catherine McKenna, who told CBC she’s reached out to the owners of the hotel, Vancouver-based Larco Investments, about reaching a compromise. “We should celebrate the Château Laurier, but also work to do better,” she said. “My goal is to get a win-win. That’s the outcome I am looking for.”

If you’re new to Ottawa’s Laurier Wars, here’s Stephen Maher on why the addition is such an architectural disaster for the city’s historic downtown, and the fiasco behind Ottawa city council’s decision to let the project go ahead.

Didn’t catch the weekend political shows? Here are the highlights:

Perry Bellegarde, national chief of the Assembly of First Nations, was on CBC’s The House making the case for pushing Indigenous issues onto the election agenda, but he stopped short of endorsing any one party. He did however weigh in on the SNC-Lavalin controversy and Justin Trudeau’s decision to boot Jody Wilson-Raybould from the party: “It will hurt the Liberals I’m sure, in some cases, but reconciliation doesn’t rest on anyone’s shoulders,” he said. “We’ll see what happens at the polls. I would just say to people who look at one single item there are bigger things at play we have to consider.” (CBC News)

Outgoing NDP MP Murray Rankin also appeared on the House to talk about his new role as chair of the upstart National Security and Intelligence Review Agency. His message: Canadians can trust NSIRA not to be a “rubber stamp agency.” (CBC News)

Public Safety Minister Ralph Goodale is in London meeting with other representatives from the Five Eyes intelligence alliance of Australia, Canada, New Zealand, the U.K. and U.S. Speaking on Global’s West Block, he said he’ll be talking about Canada’s new intelligence review agency, the debate over allowing Chinese tech giant Huawei access to Canada’s 5G networks — the U.S. favours an outright ban while the U.K. merely imposed conditions on the company —  as well as cybersecurity threats and “the use of the internet and the social harms that flow from the illegitimate and sometimes criminal use of internet services and platforms.” (Global News)

Boris is no Donald, the former editorial director of the BBC said on the West Block, and that’s good for Canada. Despite the populist similarities between the new British Prime Minister and the U.S. President, Richard Ayre said “there are very, very serious differences between the two. Boris Johnson is a very, very bright guy. Intellectually, he runs rings around Donald Trump. Johnson speaks fluent French, he speaks fluent Italian, he speaks fluent – would you believe it – Latin. Donald Trump’s command of even English raises some doubts.”  (Global News)