Fear and loathing in Canadian pharmacies 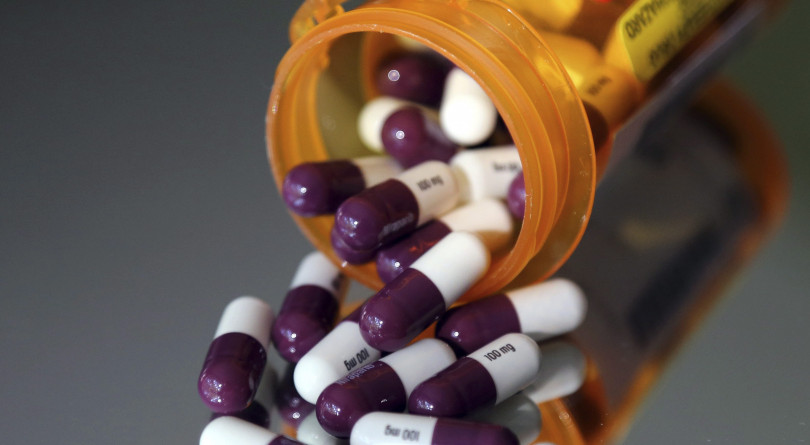 Trump’s drug fix: Remember when Canada’s socialized health care system was “catastrophic”? Yeah, neither does Donald Trump, whose fix for the problem of ridiculously expensive prescription drugs in the U.S. is to import cheaper ones from Canada. Well, to at least let states and companies explore ways to import drugs from Canada and then convince Washington to allow it. “What we’re saying today is we’re open. There is a pathway. We can be convinced,” says Health and Human Services Secretary Alex Azar. (Washington Post)

So what happens when a country with a population 10 times larger than yours starts hoovering up Canadian pills? Economics 101 would suggest to you that your own pills are going to get more expensive. Which is why Ottawa is reacting coolly to Trump’s proposal. “(We) will be working closely with health experts to better understand the implications for Canadians and will ensure there are no adverse effects on the supply or cost of prescription drugs in Canada,” Health Minister Ginette Petitpas Taylor said in a statement. (CBC News)

Good luck with that, say Canadian patient advocates. “We may not have all the necessary tools in place,” John Adams, the volunteer chairman of the Best Medicines Coalition, told the Canadian Press. “If not, let’s be honest about that and let’s call Parliament back to a special session before the election to create the legal tools to protect the supply of patented medicines for Canadians and their health needs.” (Canadian Press)

Who’s running again?: Justin Trudeau launched an attack on his main rival in the next election: Ontario Premier Doug Ford. “Conservative politicians love to say they’re ‘for the people,’ but we all know what happens when they’re in office,” Trudeau said at a meeting of Liberal candidates, eager to reinforce in the minds of Ontario voter his message that Andrew Scheer is indistinguishable from Ford. “The middle class can’t afford another Doug Ford and it’s up to every single person in this room to make that case by sharing our positive, inclusive vision for the future.”  (Global News)

Big money: Scheer’s consolation prize for Trudeau seemingly forgetting he exists is the Conservatives out-fundraising the Liberals by a significant margin. Team Scheer raised $8.5 million in the second quarter, an all-time high for the party. But wait, the Liberals had their own record to tout with the $5 million they took in. It was a record high, when measured by the number of donors, during a second quarter. (Canadian Press)

Little money: The NDP may hold 41 seats compared to just two for the federal Green Party, but Elizabeth May still managed to out-fundraise Jagmeet Singh, $1,437,722 to  $1,433,476. (National Observer)

The debaters: We have our first leaders debate of election 2019 scheduled. The English language debate will take place Oct. 7, followed three days later by the French language debate, the Leaders’ Debate Commission announced Wednesday. It will be produced by an amalgam of broadcasters and news orgs. (CBC News)

So who’ll be on stage that night? Parties have to meet two of three criteria for their leaders to qualify: 1. At least one MP elected under the party’s banner. 2) Candidates running in 90 per cent of ridings. 3) At least four per cent of the vote in the last election, or a “legitimate chance” of winning seats this time around, at the discretion of debate commissioner, former GG David Johnston. That means the Liberals, Conservatives, NDP and Bloc are in. So is May, since the Greens will have met the first two criteria and likely the third. That just leaves People’s Party leader Maxime Bernier, who fails the first test but passes the second. It’ll be up to Johnston to determine if the party has a legitimate chance this fall.

Photo bomb: The National Post’s John Ivison is out with a new book ahead of this fall’s election. Part of Justin Trudeau: The Education of a Prime Minister looks at how the most image conscious leader in Canadian history made himself look like such a fool with his trip to India:

“We walked into a buzzsaw — (Narendra) Modi and his government were out to screw us and were throwing tacks under our tires to help Canadian conservatives, who did a good job of embarrassing us,” said Gerald Butts, in his evaluation. “But none of that is the core issue …. Nobody would remember any of that had it not been for the photographs. We should have known this better than anybody — in many ways we’d used this to get elected. The picture will overwhelm words. We did the count — we did forty-eight meetings and he was dressed in a suit for forty-five of them. But give people that picture and it’s the only one they’ll remember.” Prince Harry, so often depicted in a Savile Row suit, probably felt the same way about the pictures of him on the one occasion he dressed as a Nazi. (National Post)