A way forward for Indigenous peoples: It’s about more than the money 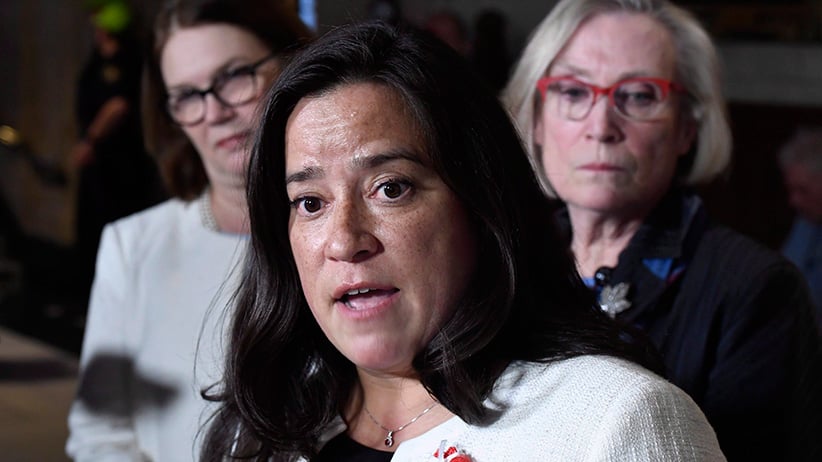 Minister of Justice and Attorney General of Canada Jody Wilson-Raybould speaks to reporters as Minister of Indigenous Services Jane Philpott and Minister of Crown-Indigenous Relations and Northern Affairs Carolyn Bennett look on, in the House of Commons on Parliament Hill in Ottawa on Wednesday, Feb. 14, 2018. THE CANADIAN PRESS/Justin Tang

This next-to-pre-election budget was a political one. The Liberal government effectively targeted its largely urban, progressive constituency with spending commitments to the middle class, innovation and science, and equality with a gender-focused lens. The single departure from this réal politique may be its commitments to Indigenous peoples. A cynic may say the Canadian Human Rights Tribunal (CHRT) rulings have compelled the government to act in this area. Why else would the government have committed $5 billion in new spending (on top of its existing spending base) over five years? Politically speaking, Indigenous peoples do not represent a territorially concentrated voting block whose vote may swing the outcome of the next election. So why the fuss?

Because there are bigger issues at play. The Canadian federal government has constitutional and legal obligations to Indigenous peoples. Whatever your moral or political suasions may be on the matter, the federal government must spend in this area. So, why not get it right? Why not improve outcomes for Indigenous children? Why not have clean drinking water on-reserve? Why not spend money in a way that drives positive social, fiscal, and economic changes? If it were easy, perhaps it would be done already.

In Budget 2018, the government directed more than a quarter of its new spending to Indigenous peoples—and it hit the right notes. The focus of its spending even aligns to Nobel-prize winning economist J. Heckman’s work on child well-being. Based on years of research and analysis on various early-childhood intervention programs, Heckman and his colleagues suggest that early investments in education, health and family well-being can significantly improve the outcomes for success for children over the long-term. To that end this year’s investments in Indigenous peoples are focused on child and family services, health, and related areas like clean water and housing.

To address the overrepresentation of Indigenous children in foster care, Budget 2018 commits to investing $1.4 billion over five years for child and family services, with an emphasis on preventive care. There is also an investment of $1.5B in health over five years for things like nursing services, culturally appropriate addictions treatment and expanding successful models of self-determined health systems. There is an Early Learning and Child Care Framework being co-developed with Indigenous partners; with dedicated funding to meet the distinct needs of First Nations, Inuit, and Métis children and families. These investments seem like a small price to pay when Indigenous youth represent Canada’s fastest growing demographic. According to an estimate by the Centre for the Study of Living Standards, closing the education and labour market gaps for Indigenous people, could result in a $36 billion increase in GDP by 2031. Isn’t their success ours too?

The challenges for Indigenous peoples are well-documented. So, when it comes to spending public money to address these problems, we need more than spending allocations, Canadians need to see a plan. This is where the basic tenets of public budgeting can serve to guide investment and connect it to outcomes. There are three things to consider when it comes to public budgeting: 1) the human and financial resources that are allocated to an issue (inputs); 2) the products or yields this investment generates (outputs); and 3) the results over the short-, medium-, and long-terms that come from the decision (outcomes). New investment should not allow for complacency.

Allocation is a powerful indicator of commitment; but a plan forward on how outputs and results will be generated and monitored in partnership with Indigenous peoples is the true test of a government’s ability to fulfill its obligations. The plan matters because past governments have also made significant financial commitments to Indigenous issues, yet the results, are plain to see. So, if there is an expectation for change–and Indigenous peoples and Canadians need it–we require a clear roadmap to get there.

What we have from Budget 2018 is a clear commitment on inputs across a series of critical issue areas. What we need to see is a clear plan as to what outputs we’re expecting these investments to generate, and what outcomes they will produce for Indigenous peoples. That’s the hard part.