Federal election 2015: Bring on the endgame

The election is nearing its endgame. And strategists know what that means: The campaigns will shift from policy to emotional appeals 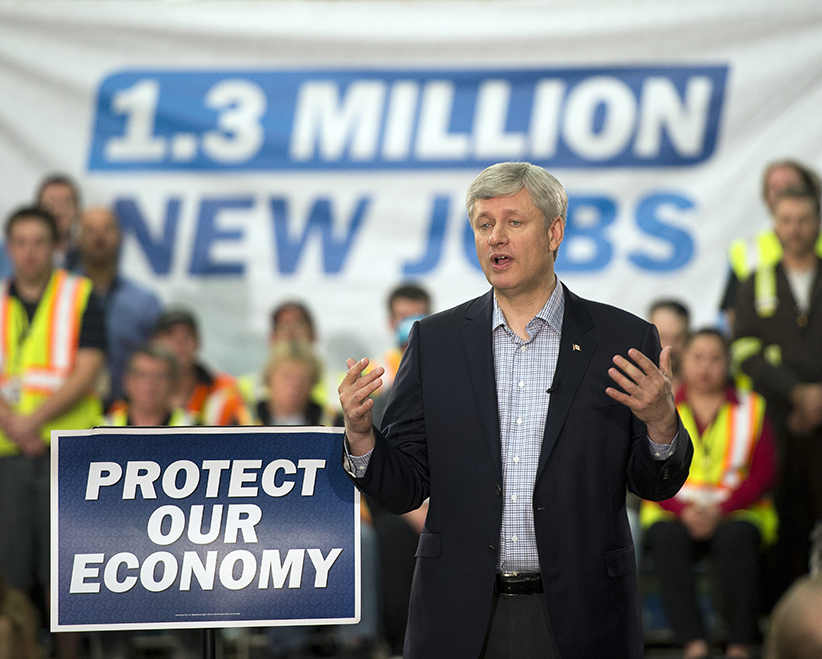 The animal spirits have been released. That’s what I thought when I heard Stephen Harper describe the NDP and the Liberal refugee policy in the last leaders debate. “These guys would have had us throwing open our borders and literally hundreds of thousands of people coming in without any kind of security check or documentation,” he said.

It was a ridiculous statement and Harper knew it was blatantly false. He’s promised to accept more than 20,000 refugees, aiming to resettle 10,000 Syrians by this time next year. Guess what? The Liberals want to bring in 25,000 immediately, while the NDP is starting with 10,000 this year alone.

Related: Our in-depth explainer on where the parties stand on Syrian refugees

All parties support security checks. The NDP would establish a refugee co-ordinator. Hundreds of thousands? It would be easy to dismiss the absurdity of the remark as fear-mongering if it didn’t signify a turning point in the campaign. In that moment, Harper signalled that policy alone will not break the three-way deadlock in the election. Another weapon is needed, and that weapon is emotion. What John Maynard Keynes once called the animal spirits.

With his economic background, Harper well knows about animal spirits. In 1936, Keynes used the term to describe the non-rational, impulsive side of the mind that inﬂuences behaviour. The idea has since morphed into a sophisticated and influential field of behavioural economics, pioneered by Daniel Kahneman. Kahneman argues that our brains make decisions based on two systems. System one is our unconscious, emotional mind. It is extremely fast and makes snap judgments. System two is our rational, logical mind. It works more slowly. These two systems work in tandem, system two often tempering and editing system one. But one of Kahneman’s key insights posits that system two is often lazy, and so instead of constructing new, rational ideas to inform our decisions, it simply confirms the snap biases. In other words, we don’t often act to maximize our utility as a policy wonk might think—we act emotionally, based on a whole bouquet of reasons.

This has a profound impact on elections, especially close ones. “Every strategist knows emotion is more powerful than reason and has a contagion effect in a way a policy idea can’t,” Bruce Anderson, the chairman of Abacus Data told me. “Not to say that policy isn’t crucial—it has to be right and every party has to pass that critical test of competence—but then it has to connect.”

Making it connect comes in two forms: fear and hope. The negative ad or the charismatic speaker. In the 2006 campaign, a desperate Liberal campaign launched a tawdry negative ad about Stephen Harper bringing soldiers into the streets. The campaign abandoned its belief in policy and prayed to the animal spirits of fear. Their prayers went unanswered—the Conservatives won.

Campaigns have three phases. First, introduce the candidate. Next, introduce the policy. Then comes the emotion. In political war rooms, this last phase is called the endgame, or, as one senior NDP strategist told me, the “anthem.”

“Policy pitches won’t break deadlock, but they set you up for the emotional close, the anthem,” the strategist told me. Usually this comes in the last weeks, but this time, with the three-way tie, it has started much earlier. This may sound cynical, but the deeper you dig into the science of voting, the more you realize this is actually just smart strategy.

Related: Our series on the psychology of politics

In 2005, a Princeton psychologist named Alexander Todorov published a fascinating study in Science magazine about how people vote. His team flashed the faces of U.S. congressional candidates to test groups for one second—one second!—and then asked them to predict the election results. The results were startling. They predicted the correct winner in almost 70 per cent of the races. Why? Todorov concluded the critical characteristic was a perception of “competence.” The article, called “Inferences of competence from faces predict election outcomes” was a startling counterpoint to the notion that people vote based on a long, reflective, strategic process.

Of course, Todorov admits many other factors influence voters, but the importance of competence explains why Stephen Harper might not care about his low likeability scores. Ads focus on him working late, alone in Parliament. He’s competent. Competence also explains the logic behind the anti-Trudeau, “just not ready” ad. “We give people permission to like Trudeau,” a senior Conservative told me, “but not let him have the top job.”

Likeability is a battle politicians should be willing to lose. “When people say Harper looks like the dullest accountant at the convention, I say that’s good, because competence is crucial,” Dan Gardner, the editor of Policy Options told me. He’s just co-written a new book about this, called Super Forecasting. “Any decent political strategist knows images and feelings are vastly more potent than logic and evidence.”

Now we know why. The strategy is shifting away from the head and over to the heart. All the parties have marshalled their financial resources carefully so that these last four weeks the “anthem” will be an aria of ads. Negative and positive. The policy details blur. The animal spirits howl.