How the leaders hope to win this election

An air war. A street fight. A long march. Evan Solomon offers an inside look at each leader’s favourite tactics in an election that anyone can win. 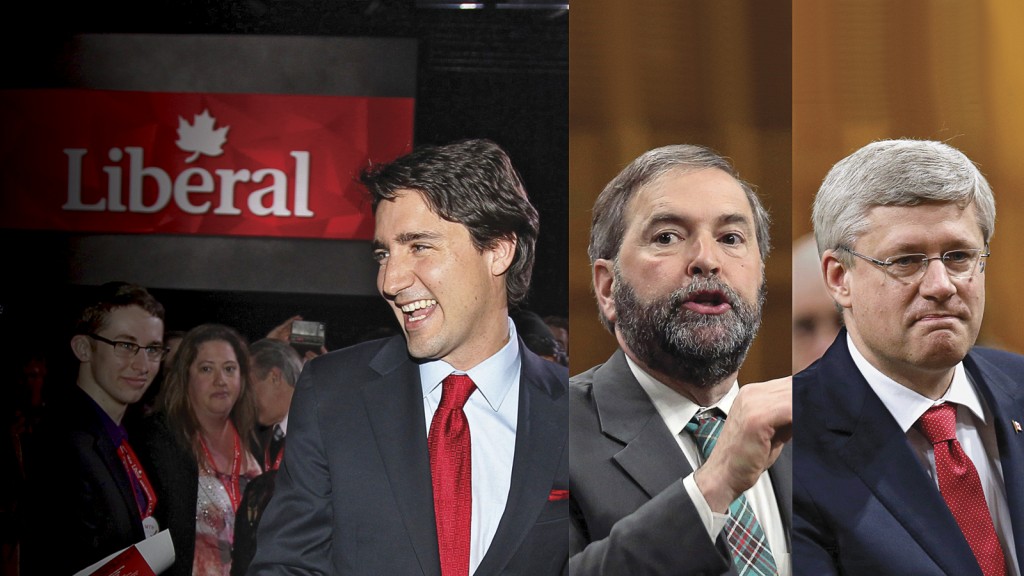 Maclean’s is pleased to welcome Evan Solomon to our pages—print and digital—as an election campaign commentator. Solomon, a veteran political journalist and former host of CBC’s Power and Politics and The House, launches a radio show called Everything Is Political: Campaign 2015 on Sirius XM starting August 6.

If all goes right for Stephen Harper, the Super-Sized federal election campaign will be decided by an air war. Define and destroy the opposition with millions of dollars of TV ads before ground troops even get a chance to fight. Keep firing off those universal child benefit cheques, the cruise missiles of the air campaign.

Thomas Mulcair wants an old-fashioned street fight. The bloodier the better. For him, the leaders debates are his octagon, where he can deploy his intellectual mixed martial arts skills and destroy his opponents.

Justin Trudeau wants neither. He wants the campaign to be about a long march for change. Rise above the negative attacks. Represent what political strategists call, with gnostic whispers, “The Change.” Take your punches, retain a sunny disposition, and hope for a wave of people to follow.

The Harper Air War Campaign (call it the HAWC) begins with a huge advantage. The Conservatives have spent months during the pre-writ phony war doling out government money for dozens of programs and larding regions and families with cash. But the 11-week campaign means parties can spend more than $50 million and only the Conservatives have close to that kind of money. Election rules also shut out third parties—like unions—from spending big on anti-Harper ads.

The strategy goes even deeper: It also sets the Tories up for the next election. Why? Because of the rebate, parties are reimbursed 50 per cent of their expenses and candidates 60 per cent of theirs. So, let’s say the Tories spend over $51 million on this campaign, as expected. They will get back about $25 million. “That gives them a fully funded 35-day campaign next election, no matter how they do in this campaign,” a senior Liberal told me. “Everyone else will be in debt.”

The HAWC began in earnest a month ago with the launch of the anti-Trudeau “Just Not Ready” ad. Even Liberals admit it has dropped Trudeau’s poll numbers like a football tossed to Robert Stanfield. Conservatives tell me they have seven or eight more versions of that ad ready to run. The strategy is deliberate, if dangerous. Push Trudeau down five points and let Mulcair rise so the Liberal and NDP votes split in Ontario. Conservatives believe that, if Mulcair is seen as the only alternative to Harper, they will win. Given Mulcair’s steady rise and the Conservatives’ recent horror show in Alberta, the strategy could prove much riskier than imagined.

The HAWC is meant to frame the debate on two Ts: tax and terror. Even as Canada lurches toward a possible recession, Conservatives are happier to debate dollars than Duffy. “As long as we are talking about the economy and security, we’ll take it,” a Conservative strategist told me.

Finally, the HAWC takes the pressure off Harper to be, well, likable. He knows people are sick of him. In a recent Ekos-iPolitics poll, 60 per cent of Canadians said Harper makes them feel “angry” and “discouraged.” The pitch for Harper is like the ad for Buckley’s medicine. Yeah, it tastes terrible. But it works. If the Mike Duffy fiasco isn’t already priced in, if the economy doesn’t go Grecian or if the wave of change doesn’t ﬁnally drown him, Harper the Air Warrior may be able to keep his cash cannons firing—and win.

Mulcair the Street Fighter cannot wait for the debates. He’s the perfectly built machine for face-to-face battle—smart, fearless and goes for the kill, as he proved in question period. He cut his political chops in the National Assembly, which, he likes to say, is a much tougher political neighbourhood than Ottawa.

Still, Mulcair knows winning an election is not just about being a gladiator. He once told me, “I know how it works: He who wields the sword often doesn’t wear the Crown.” He fears he will do all the hard work to take down Harper, and smiling Trudeau will glide in and get the top job.

That’s why he’s learning from the pros behind the ﬁrst Orange Wave, like Brad Lavigne and Anne McGrath, not to be such a know-it-all. As the saying goes, people don’t care how much you know until they know how much you care. So, Mulcair is donning the proverbial sweater-vest. Smiling more. Slashing less. Talking about his family and hard-working “values.”

As Trudeau keeps fading in the polls, Mulcair is likely to ignore him in the debates and make it all about Harper. That’s why the NDP has already said it will drop out of any debate Harper does not attend. Orange door. Blue door. If the debates matter in the campaign, the Street Fighter Mulcair could be the next prime minister. 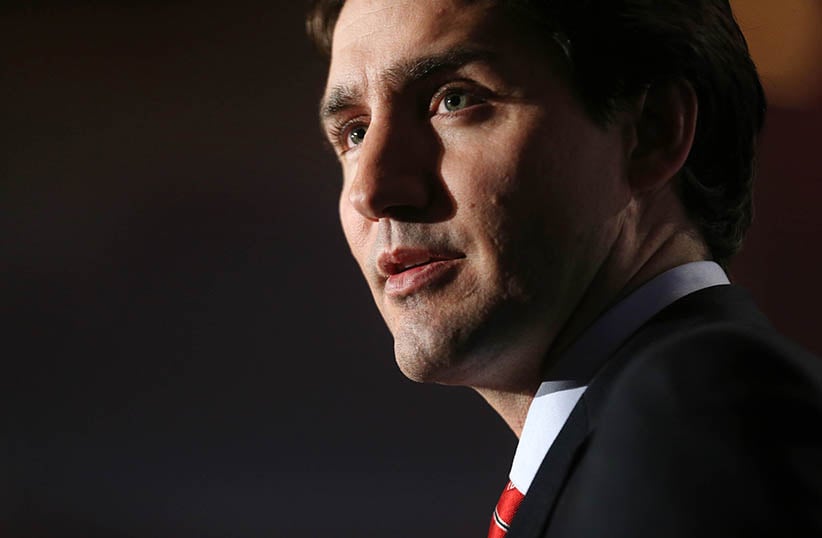 Trudeau needs his March to get back on track. For months, he was seen as the alternative to Stephen Harper. Wherever he went, the polls followed. Those days went away as fast as Trudeau could whip out a CF-18. Still, internal Liberal polls show that twice as many people want change in this election as the last. Harper’s greatest challenge is the great Liberal hope.

Trudeau is well aware of his vulnerability. A few days before his now-famous boxing match with then-Tory senator Patrick Brazeau, Trudeau assured me he was going to win. “I know everyone thinks I’m a pretty boy who can’t take a punch,” he said. “But I’ve been training all year, and have done this my whole life. It’s good to be underestimated.”

The same goes for the debates. He’s been training hard. As long as he doesn’t create a goofy clip that can go viral, he comes out clean. His bar for debate victory is probably the lowest.

Expect Trudeau to go much harder on Mulcair in the debates than he does on Harper. Liberal strategists say he will try to link the two on issues such as universal child benefits, by suggesting both Muclair and Harper support subsidies to millionaires. Can Trudeau outflank Mulcair on the progressive left? It’s a gamble for the Liberals, who made their reputations as tough deficit-slayers and who stand close to the centre on security issues.

But if the election turns on the big question of Time for Change, and sanguine Ontario is still too reticent about a NDP federal government, Trudeau could well lead a march that ends up in his old home on Sussex Drive.