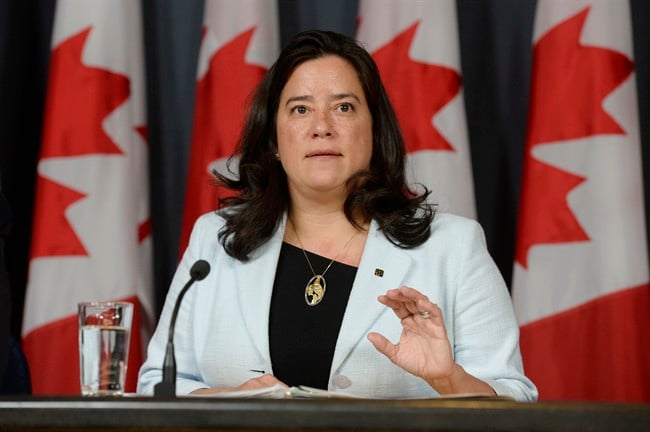 OTTAWA – The federal government has introduced a long-awaited and controversial new law spelling out the conditions in which seriously ill or dying Canadians may seek medical help to end their lives.

The legislation says there should be a choice of medically assisted death “for adults who are suffering intolerably and for whom death is reasonably foreseeable.”

That’s more restrictive than what the top court said last year when it overturned the existing prohibition on doctor assisted suicide. The Supreme Court did not require person’s condition to be terminal for them to request a doctor’s help to end their lives.

The bill says those eligible would be mentally competent adults, 18 years or older, who voluntary request help with informed consent. They must have a serious and incurable disease, illness or disability and be in an advanced state of irreversible decline in capability. The person must be on a course towards the end of life but while death would have to be foreseen, there would not have to be a specific prognosis or prospected time period before death.

To get a doctor’s help, a written request would be required, either from the patient or a designated person if the patient was incapable, and the request would need to be signed by two independent witnesses. Two independent physicians or authorized nurse practitioners would have to evaluate it and there would be a mandatory 15-day waiting period unless death or loss of capacity to consent was imminent.

The legislation is the long-awaited response to the Supreme Court’s ruling last year that the prohibition on doctor assisted suicide violates the right to life, liberty and security of the person.

The court gave the federal government until Feb. 6, 2016 — later extended to June 6 — to come up with a new law that recognizes the right of clearly consenting adults who are enduring intolerable physical or mental suffering to seek medical help to end their lives.

The government is going to appoint one or more independent bodies to study some outstanding issues not explicitly dealt with in the legislation, including whether it could cover mature minors, people who only suffer from mental illnesses and whether people could have advance directives that would grant them access to medically assisted death should a situation arise.

The federal government will also work with provinces to co-ordinated end of life care and connect patients with doctors or nurse practitioners willing to help them die.

Op-Ed: The delicate balance of freedom of conscience and the right to death

The government confirmed late Wednesday that Liberal backbenchers will be free to vote according to their consciences on the legislation, the same as MPs from other parties. Government House leader Dominic LeBlanc had suggested some weeks ago that Liberal MPs would be required to support it.

Interim Conservative leader Rona Ambrose, who was health minister in the previous government, said she’s concerned there’ll be little time for all MPs to debate the merits of the new bill and pass it in both houses of Parliament by June 6.

Legal experts and others also predict the new bill will inevitably be challenged, both by those who feel the law doesn’t go far enough and those who feel it goes too far.

Consequently, some members of the special committee and some advocacy groups have called on the government to pre-emptively ask the Supreme Court whether the new law complies with the charter of rights — rather than forcing sick and dying individuals to launch their own court challenges.