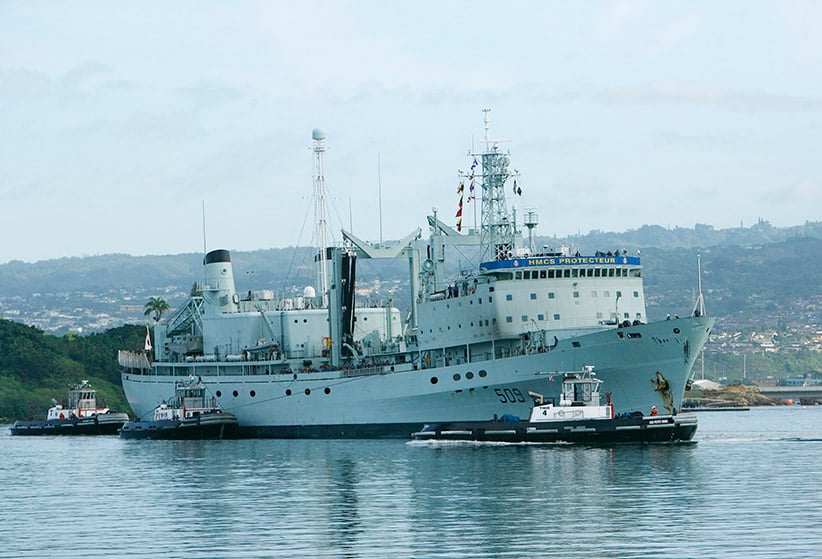 HALIFAX — The federal government said Monday it will streamline its warship replacement program by purchasing an off-the-shelf design to save money and speed the process.

Public Services Minister Judy Foote made the announcement at Irving Shipbuilding’s Halifax headquarters, saying a single competitive process will select an existing warship design along with the systems and equipment that will be integrated on the vessels.

“The new approach significantly reduces the design and technical integration time,” she said as the sounds of industrial machinery chugged in the background. “Construction of the first surface combatant ship in Halifax can start up to two years sooner than originally planned.”

The Halifax yard is one of two construction sites contracted in the government’s bid to build new warships, with the surface combatant fleet to replace the Iroquois-class destroyers and the Halifax-class frigates.

She said the first of the Arctic offshore patrol ships should be finished in 2018 and carry on into the early 2020s, followed by the construction of the warships.

Kevin McCoy, president of Irving Shipbuilding, said purchasing a design will save about two years in producing the warships.

“Two years is a long time. You’re essentially saving 10 per cent of the cost if you can knock two years off the time period,” he said after the news conference.

Last month, Foote indicated the government would stop making public cost projections to allow for wiggle room as the project evolves. She said the cost savings on using an existing design are yet to be determined.

She estimates that about 2,400 jobs will be created at the peak of construction for the surface combatants and Arctic offshore patrol vessels.