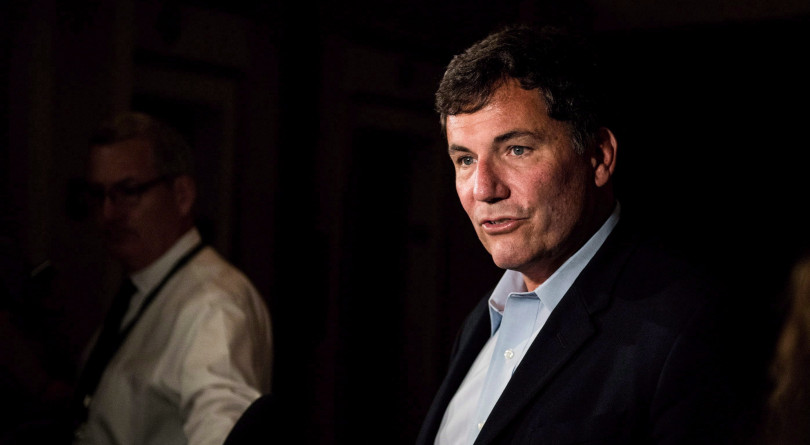 Allied persuasion: A day after China called Canada “naive” for thinking there’s any value in courting allies to pressure China to release Michael Kovrig and Michael Spavor, Justin Trudeau shot back at Beijing: “On the contrary what we’re seeing really is that our allies (are) helping us and showing they’re concerned about the behaviour of China towards Canada. Our allies know it is now time to come together to support the values that we share, the rule of law as well.” (Canadian Press)

You be the judge: After it was revealed that five of the last six federally-appointed judges in New Brunswick have ties to Liberal cabinet minister Dominic LeBlanc, Trudeau was grilled by reporters but avoided specifically talking about the five judges in question. Instead, he defended the federal system for appointing judges: “We have a merit-based, transparent appointment system. We are pleased that we have nominated top-notch judges right across the country — and we will continue to.” (Canadian Press)

No, we don’t have a merit-based system, says Democracy Watch’s Duff Conacher, who has filed a complaint with the Conflict of Interest and Ethics Commissioner: “To stop this dangerously undemocratic and unethical appointment process for judges and watchdogs, the appointment process should be suspended until, as in the UK and Ontario, a fully independent public appointment commission is created to conduct public, merit-based searches for nominees and send a short list to Cabinet, with Cabinet required to choose from the list.” (Democracy Watch)

A metro pour vous: Metro users in Montreal have been waiting for an extension to the city’s Blue Line since 1973, but four months before the next federal election works too. Trudeau made the $1.3-billion funding announcement in person. No word yet on whether SNC Lavalin is in the running to build it. (CTV News)

Bernard Rudny, a Toronto communications consultant who works with non-profits, tracked Facebook engagements (likes, comments, shares) for 75 days this spring, focusing on the top 52 groups concerned with climate or energy. He discovered that conservative Facebook groups—like Canada Proud and Elect Conservatives—are beating progressive groups by about five to one.

These groups all produce memes and videos on the benefits of petroleum, attack Trudeau and other politicians and environmentalists whom they see as enemies. Most of them did not exist during the last election. (Maclean’s)

Trouble at Rideau Hall: The latest results of the Public Service Employee Survey, a massive probe of the workplace experiences of federal civil servants is out and Nick Taylor-Vaisey digs into the numbers. Whereas Rideau Hall’s managers once outperformed the rest of the public service in the eyes of their employees, things have changed:

The 2018 survey most notably raises questions about what it was like to work at Rideau Hall in the first year of Governor-General Julie Payette’s term. More than two-thirds of Payette’s team, 112 out of 157 Rideau Hall employees, filled out the survey—and 29 of them reported harassment. Forty-two per cent of those who said they were harassed pointed the finger at co-workers, but 71 per cent blamed their superiors (employees could select multiple options). Two-thirds said harassment took the form of an offensive remark, 55 per cent said aggressive behaviour, and 49 per cent cited excessive control. (Maclean’s)

Trading places: Last month Liberal MP Geng Tan surprised everyone by announcing he wouldn’t run for reelection this fall in order to “spend more time with family.”  Now Tan’s wife, Dr. Xinglai Laura Huang, has put her name in the hat to replace him. “I am standing for the Liberal nomination in the riding of Don Valley North as an independent woman,” she said in a statement. Last month the Hill Times reported that one of Tan’s former staffers alleged that she had an affair with the MP and that he is refusing to pay child support for their two-year-old daughter. (Hill Times)

Carneywatch: If there ever was anything to that rumour that some Liberal insiders were organizing a Draft Mark Carney campaign to replace Trudeau if the next election goes awry for the party, they may be out of luck—Carney’s name keeps coming up to be the new head of the International Monetary Fund. “Carney is a smooth internationalist and effective communicator,” Neil Wilson, the chief market analyst at Markets.com, told Yahoo Finance UK. “The IMF is right up his street.” (Yahoo Finance)

Down in the Trump dumps: America’s confidence in itself has fallen to a new low, according to a new survey. But with the “creeping fascism” on display at President Donald Trump’s choreographed Independence Day rally on the National Mall, writes Scott Gilmore, should anyone be surprised? (Maclean’s)