Feschuk: How to care for your retiring MP

The retiring MP needs firm handling and patience. Also, a lot of applause. 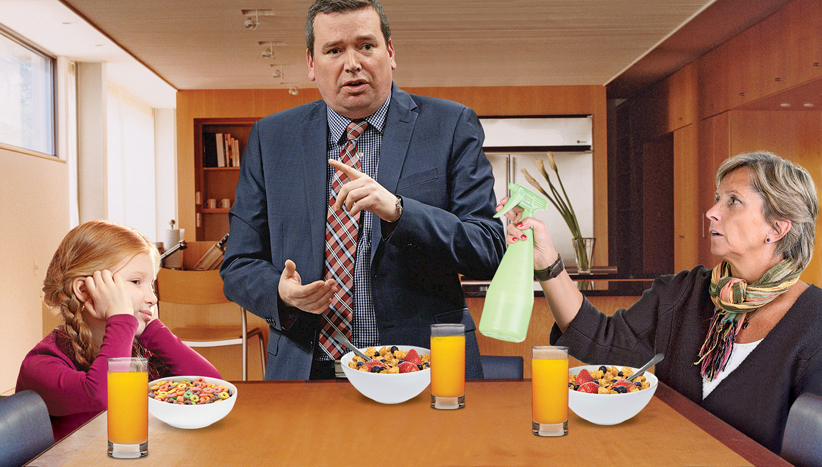 This is a difficult time for a number of Canadian families. With the election fast approaching, several MPs are deciding to step away from politics in order to spend more time with them.

Don’t get me wrong: All families want their loved ones around. In theory. But, in reality, the shift from public to private life can be tricky and destabilizing. Here’s a guide to help families make the transition as smooth as possible. (For pronoun-based convenience, let’s assume the member of Parliament in question is a man, because the math says he probably is.)

Be patient. It may be months before your retiring MP stops wandering in to say a few words at the 50th-anniversary celebrations of complete strangers.

Be firm. No matter how much he complains, stick to your guns: No one requires a sheet of talking points for a trip to the McDonald’s drive-thru.

Be understanding. When he says something, he’s going to expect immediate, unconditional applause, just like in the House of Commons. Yes, it will feel weird to clap when your loved one declares, “I have finished my pie”—but just go with it.

Be proactive. Have you watched Question Period lately? Your retiring MP is going to need somewhere to direct his hostility and negative energy. I recommend having him review the new Cameron Crowe movie, Aloha, at least once a day.

Be creative. When someone in your family speaks at the dinner table, your retired politician will invariably start heckling. This is deeply ingrained. The good news? Some families have achieved modest behaviour modification using a spray bottle to spritz their MPs.

Be forgiving. During your “private sexy time,” don’t get upset if he calls you “Mr. Speaker.” It happens.

Was your retiring MP a cabinet minister? If so, he may require special care.

For instance, ministers in Stephen Harper’s government have grown accustomed to fielding pre-arranged puffball queries from Conservative MPs during Question Period. You can help ease the transition to post-political life by keeping this tradition alive. It’s as simple as having the kids ask things like, “Dad, is it hard being so handsome?” or, “Your career has the momentum of a runaway freight train; why are you so successful?”

But there’s a deeper challenge. Anyone who’s served under our control freak of a Prime Minister is going to leave politics with his decision-making muscles having atrophied. Indeed, it is feared that today’s retiring Conservative MPs may lack the ability to make the simplest of judgments on their own. It therefore falls to you to help nurture a recovery:

Perhaps the best thing you can do for a retiring MP is to provide continuity. For example, politicians are accustomed to being “prepped” for events—so it would be helpful to put together a briefing book for each day’s activities. Include details about the people he’ll be meeting so he can pretend to remember them. It’s best to adhere to the established format:

Event synopsis: At 5 p.m., you’ll be picking up your son Ryan from daycare.

How long you’ve known each other: Four years.

Spouse: Ryan is not married, though he is fond of Mr. Teddy, his blue blankie and anyone who can fart on command.

Potential icebreaker: We advise returning Ryan’s nose, which you stole during your previous meeting.

Here’s the bottom line: The months ahead will be tricky to navigate. The upside is that, for most retiring MPs, it’s just a matter of time until they find a job or, just as likely, a new opportunity in politics—at which point, they will make the decision to spend less time with their families. Though, weirdly, they never seem to use that phrase during the press conferences.