First rule of Official Underground Ottawa: Don't write it down

Love to chat. What’s your gmail address? Evan Solomon on the information problem in Ottawa 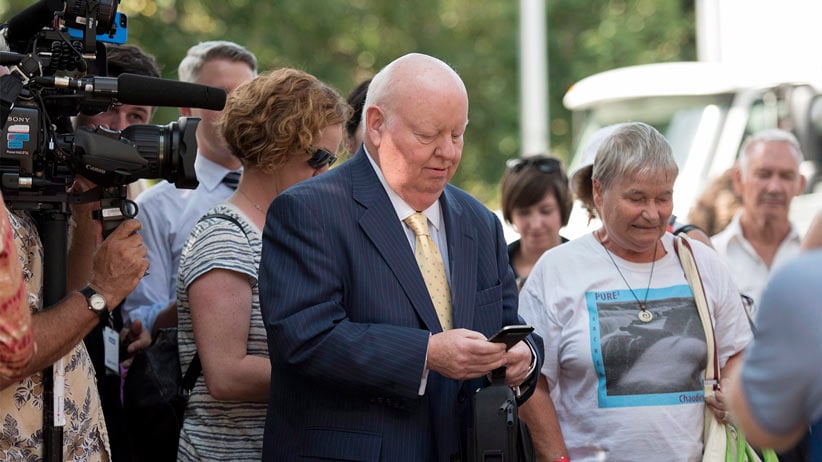 There are “pretend” problems and “real” problems. At least, that’s what a senior Conservative strategist told me when I asked if the trove of “who-knew-what-when” emails at the trial of suspended Sen. Mike Duffy will be an ongoing issue for Prime Minister Stephen Harper. “No one cares if someone inside the PMO [Prime Minister’s Office] read an email or not, when the Chinese economy could be melting down,” he explained in a tone meant to convey that I was just as detached from reality as the rest of the media.

Apparently, the Duffy trial is merely a “pretend” problem fuelled by salacious media lickspittles and will soon fade away.

I knew he was spinning me. In the game called Political Jeopardy, Conservatives will take Economic Chaos over Duffy Disaster any day, but he’s not wrong. The economy is a “real” problem, especially for a government whose brand depends on solid economic management.

The Conservatives are trying to craft a campaign message that lets them slip away from responsibility for the teetering economy while making it work in their favour. You almost have to admire their rhetorical ju-jitsu. Do they control the bubble in China? No. Do the other parties really have a magic wand to restore the price of oil or fix Greece—a crisis that has gone on so long, it will soon be measured in geologic time? No. Has there been modest growth and balanced budgets? Yes . . .

Hang on there, I say, interrupting the narrative. What about the opportunity to diversify the economy over the last decade? What about macroeconomic policy that argues governments should stimulate the economy with low-interest-rate deficit spending? The strategist countered with a shot about Liberal Leader Justin Trudeau and NDP Leader Thomas Mulcair and their hyperactive deficit disorders and then . . .

Did you see that? He had me. I’d asked about Duffy and, before I knew it, we were in the middle of a debate about the “real” problems, the economy. Still, the issues raised by the Duffy trial remain relevant. The secrecy surrounding the $90,000 payment, the efforts to change an independent audit, the conflicting stories about who helped to cover up the scheme, all go to the heart of how the highest office in the country—the PMO—is run.

But the “real problems” go even deeper than that. The revealing PMO emails have hinted at an even more secretive Ottawa, where staffers, diplomats and journalists communicate with each other by direct messages, private emails, or services such as LinkedIn—in other words, on any platform that cannot be exposed under the Access to Information Act, or can be erased before called for as evidence. Call it the Official Underground Ottawa.

“The rule is: Don’t write anything down on official channels that you wouldn’t want to see on the front of the newspaper,” one government source told me. We connected via direct message on Twitter, then used the phone. No email. “And, since the Duffy trial, people in government are even more cautious.”

So what happens in Underground Ottawa? No one uses official, on-the-record channels for the “real” problems. Everyone “off-lines”—it’s a verb. As one MP told me, “I never get on those email chains where cc’ing 10 people is normal. I insist on using the phone.” At the Duffy trial, we learned that key players in the PMO were using instant messaging and text messages to talk about Duffy, but none of it was entered as evidence.

In 2013, information commissioner Suzanne Legault investigated a range of government departments over their use of offline communication. She uncovered the secret door leading to Underground Ottawa, a world with no oversight, no rules and no transparency. Key information “is being irremediably deleted or lost,” she wrote. Legault concluded that retrieving messages was “practically impossible,” and the likelihood of getting instant messages from within a ministerial office was “non-existent.” No records means no accountability.

In the U.S., this has become a major political issue. Hillary Clinton’s use of her personal email for state work could well derail her campaign, but here, it’s still the dirty secret of government.

This isn’t the only information problem in Ottawa. MPs vote blindly on budgets that have little relationship to the main spending estimates that are supposed to be their guide. Campaigns don’t release fully costed platforms until days before E-day, if at all. The parliamentary budget officer has to take the government to court to get data on spending cuts. Politically, this is still the Age of Missing Information.

That’s the great irony of the Duffy trial. For all the talk about accountability, the legacy could mean less transparency—that government goes even darker, more underground. We can pretend that’s not a problem, but it has very real costs.