Major portfolios are switching hands, and some new roles have been created. It points to shifting priorities and a new power balance in Trudeau's Ottawa. 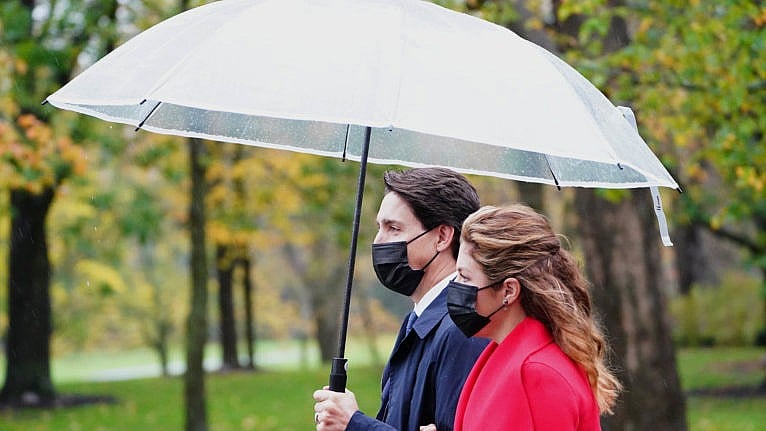 Finally—finally!—cabinet speculation season has ended. On a soggy day in the nation’s capital, Prime Minister Justin Trudeau has unveiled a new cabinet.

It’s a substantial shuffle. Only seven ministers are retaining exactly the same portfolios they had before being re-elected. Many others are moving laterally, with major portfolios switching hands, but some are absent, and a handful of new faces are joining the team—some with brand-new portfolios that signal Liberal priorities going into another minority Parliament.

Power is shifting with major promotions and demotions.

Harjit Sajjan is, as expected, out as defence minister; he’s been shifted to international development. It’s a nod to the talents of pandemic-era procurement minister Anita Anand that she’s being put in charge of such a huge mess. (Or a political death sentence. But let’s keep things positive.)

Out of the picture altogether despite their re-elections are Jim Carr, whose has had recent health struggles; Marc Garneau, late of foreign affairs, who is rumoured to be in line for an ambassadorship in France; and Bardish Chagger, who has had a rough few years as House leader.

Meanwhile, the stars of Quebec ministers Mélanie Joly and Steven Guilbeault are rising; Joly is the new foreign minister and Guilbeault will be let loose on the environment file—something the former Greenpeace activist has been vocal about throughout his career. Karina Gould, the international development minister, is now in charge of families, children and social development—a promotion in light of this government’s heavy focus on childcare.

A notable new face in cabinet is Sean Fraser, a Nova Scotia MP who won “Best Orator” in the Maclean’s 2021 Parliamentarian of the Year awards. He takes over the immigration file from Marco Mendecino, who has his own big promotion to public safety.

Liberals are looking to get the most out of a minority Parliament, but a big cabinet means a muddle of priorities.

That the cabinet has stayed so large—with 38 ministers—signals that Liberals want to be ambitious with their third mandate, despite their failure to make gains in an election Trudeau ostensibly called to secure himself a majority.

But it also means that the Liberals’ laundry list of priorities could get muddled when it comes to the legislative agenda. It is almost impossible to think of a policy area that isn’t covered by the ministers’ sweeping job titles. It is almost impossible to imagine a cabinet table where their voices will have equal weight, or a Parliament that can handle major initiatives from more than a handful.

Still, notable new portfolios signal areas the government cares about. The headline is that housing gets its own minister in Ahmed Hussen. Mental health and addictions also gets a minister in Carolyn Bennett. This both signals the government’s seriousness on that file and proves a tacit acknowledgement of the need for a refresh in Bennett’s previous Crown-Indigenous relations role, now to be headed by Marc Miller.

A trio of rookie ministers are responsible for specific areas for economic development: Gudie Hutchings gets “rural economic development” writ large; Helena Jaczek gets Southern Ontario; and Pascale St-Onge, who is also Minister of Sport, gets the regions of Quebec. (Northern affairs minister Dan Vandal picks up the prairies and the north; Patty Hajdu, on top of her new Indigenous services role, gets Northern Ontario; and Ginette Petitpas Taylor, back for a second chance in cabinet after being demoted out, is in charge of official languages and the Atlantic Canada Opportunities Agency.)

The appointment of Mélanie Joly as foreign minister seems to say more about Joly and the Liberal Party’s future than it does about Trudeau’s foreign policy agenda.

To be sure, this is a major promotion for Joly. She fumbled in the government’s early days (see: Netflix and Quebec) but has more recently found her footing and is on the lips of those speculating about who might replace Trudeau whenever he steps down. If pundits are correct that the Liberals would like to create a level playing field for those potential successors, this is one way to put Joly in league with Chrystia Freeland, who remains finance minister and deputy prime minister.

Joly’s appointment sends no particular signal to the global community, however. Foreign governments will find little in her CV to indicate how she will approach international policy. Theoretically, that could be to her advantage as she tries to carve out a meaningful profile and handle huge geopolitical questions. But she is the fifth and youngest foreign minister to serve under a PM who has never seemed particularly interested in foreign policy. It will be an uphill battle no matter what.

The pandemic era is (almost) over.

Jean-Yves Duclos has been one of the Trudeau government’s most effective, least controversial ministers. It signals a level of seriousness that the former Treasury Board president is being put in charge of health.

Emergency preparedness has been carved out from the public safety umbrella as its own portfolio, another serious change that could have an impact on how the government plans ahead for future disasters. It will be headed up by Bill Blair.

But there’s little evidence of the pandemic on this list. Some speculated that a 2021 cabinet would feature a new ministry in charge of public health. Not so. Instead we have new portfolios focused on other crises. This is a government that is ready to move on.

That’s despite the strangeness of a cabinet swearing-in ceremony where everyone is masked at all times, where oaths are slightly muffled, where smiles are obscured and elbow-bumps (in some cases, forearm caresses) have replaced handshakes. The shadow still hangs over.

Cabinet-building is always an exercise in optics and regional politics. Trudeau’s first, photogenic roster in 2015 was carefully manufactured to project optimism and diversity. And it was pure luck that the front benchers could stride out on the Rideau Hall lawn on a gorgeous day. But it gave the new Prime Minister’s “sunny ways” speech a ring of destiny.

There’s no mistaking that the shine has worn off. After six difficult years of governing, a handful of ethical scandals and two rocky elections, Trudeau’s Liberals are chastened. Staffers are tired. Opposition parties are emboldened. And a new cabinet is leaving the building on a cold, rainy day. How’s that for symbolism?