Mike Duffy, Moncton, rot in the RCMP — and in our oceans 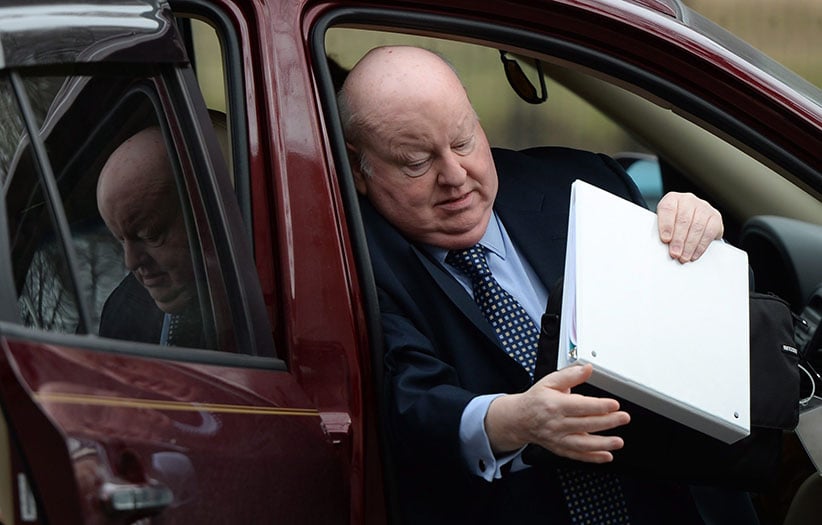 Mike Duffy’s lawyer will ask an Ottawa court today to force the Senate to release an audit on the residency status of all senators. It’s the first thing the court will deal with as Duffy’s trial resumes today on charges of fraud, bribery and breach of trust. The Senate has refused to release the report citing Parliamentary privilege. Duffy has pleaded not guilty to the charges.

It has been almost a year since Justin Bourque went on a shooting rampage that killed three New Brunswick Mounties and wounded two others. Many residents of the Moncton neighbourhood where the killings occurred say they think less of that June 4th evening, but some say the memories of that day often come flooding back in vivid detail. And still others say the city has lost some of its innocence and now if anyone sees any kind of incident they call 911 without hesitation.

B.C. COURT TO BE ASKED TO GREEN LIGHT TO RCMP LAWSUIT

Lawyers representing hundreds of current and former female employees of the RCMP will ask a B.C. judge today to certify a class-action lawsuit against the force. The women allege harassment, gender discrimination and bullying in the workplace. The case has taken about three years to wind its way through the legal system.

As Vancouver Police jail guards allegedly bound her feet with a strap and yanked it hard under a cell door, Bobbi O’Shea says she remembers feeling betrayed. The 44-year-old First Nations mother of four will finally have her day in court on Tuesday, when her lawsuit against the City of Vancouver and four Vancouver Police officers is set be heard. O’Shea is seeking $25,000 in damages for alleged lasting injuries and emotional trauma she suffered in 2008.

A report released today by the Canadian Parks and Wilderness Society says Canada is doing a poor job protecting its ocean ecosystems from industrial development. It says only 0.11 per cent of Canada’s ocean territory is fully closed to what it calls extractive activities such as fishing and oil and gas development. That compares quite poorly to the United States and the United Kingdom where the fully protected area is closer to 10 per cent.