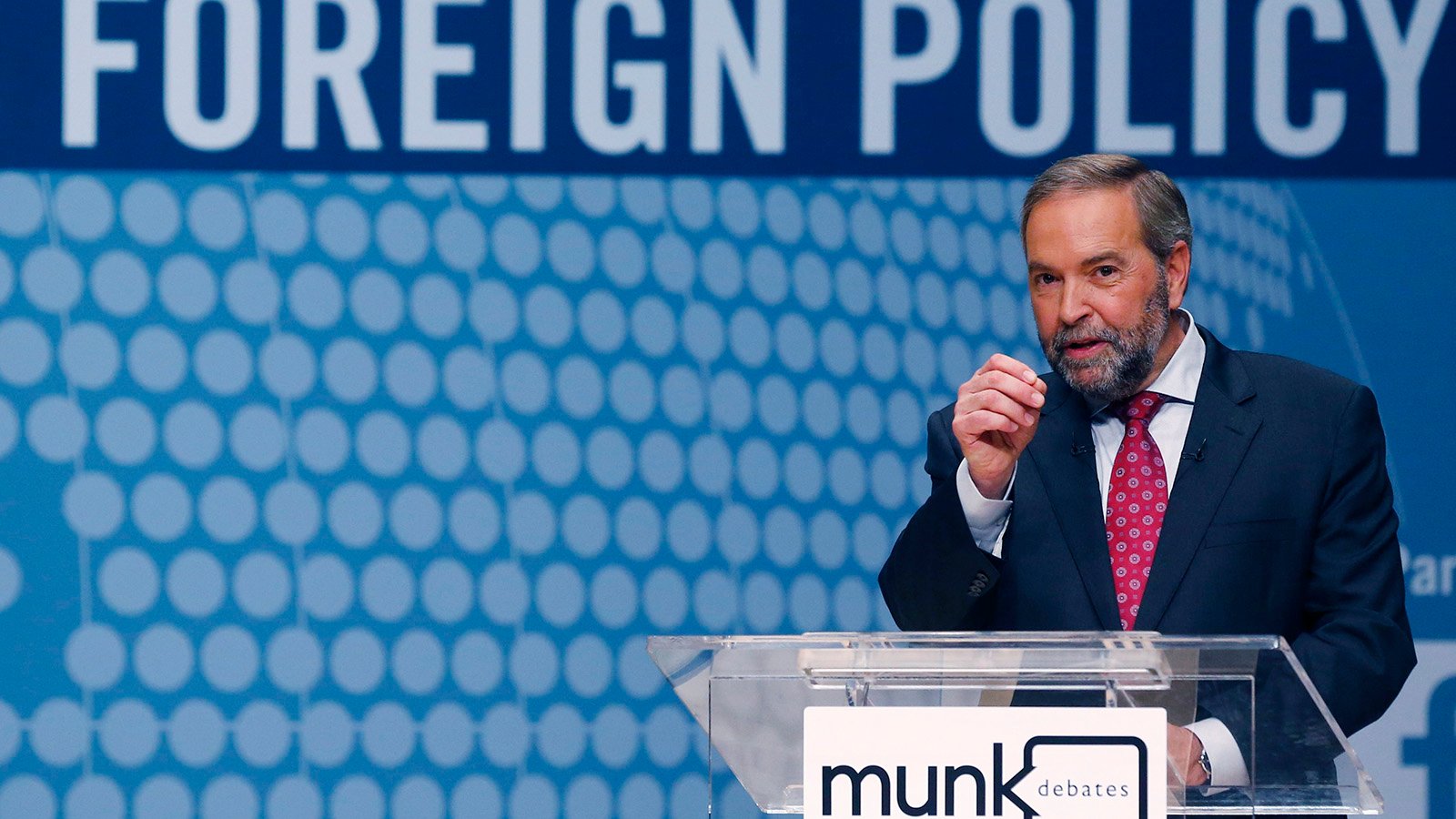 OTTAWA — As NDP Leader Tom Mulcair heads into tonight’s French leaders debate, recent polls are suggesting his support in Quebec is loosening. Here are five things that Mulcair could do tonight to help his party’s fortunes in the current NDP stronghold of Quebec:

1. Present the NDP as the only viable alternative to the Conservatives.

Mulcair will try to make the case that the NDP is the only party in a position to replace the ruling Conservatives. NDP strategists argue the party needs only a few dozen more seats to win a minority government whereas the Liberals would need to scoop up more than 100 new seats. Meanwhile, the Bloc Quebecois can do nothing to stop Harper, even were it to win every seat in Quebec.

2. Position himself as the dairy industry’s champion.

Mulcair will play up fears that Quebec’s dairy industry could be harmed by the Trans-Pacifc Partnership currently under negotiation in Atlanta. He could try to turn this into a trust issue, building on arguments he’s been making this week that Harper can’t be trusted to protect supply management or the auto sector. He’s also been arguing that the Liberals can’t be trusted either, pointing out that they campaigned against free trade with the U.S. back in the late 1980s but eventually embraced it.

3. Go on a niqab offensive.

The ban on veiled citizenship oath taking is popular everywhere but nowhere more so than in Quebec. The NDP, which opposes the ban, has been bleeding support to both the Bloc and the Conservatives on the issue. But with news this week that a pregnant Muslim woman had been knocked to the ground by teenagers who grabbed her hijab, Quebec’s National Assembly unanimously passed a motion calling for calm. Even some MNAs who support the ban accused the Conservatives of recklessly inflaming this issue for political gain. That gives Mulcair an opportunity to turn the tables on Harper and Bloc Quebecois Leader Gilles Duceppe and to put himself on side with provincial politicians.

Mulcair could focus his main attacks on Conservative Leader Stephen Harper, who will likely be trying to stay above the fray and allow Mulcair and Liberal Leader Justin Trudeau to trade punches. Mulcair expended a lot of energy in the last debate attacking Trudeau as he was starting to do better in the polls. Focusing on Harper could help dispel the perception that the NDP is fading in the home stretch. A strong performance could remind Quebecers what they like about the party and Mulcair.

5. Be a climate change champion.

This is a way for Mulcair to shift the focus off cultural identity issues and focus on an area that makes him different from Harper. Mulcair needs to remind Quebec voters that he has a track record in reducing the province’s greenhouse gas emissions, and is capable of doing more than Harper. The NDP leader has been talking about fighting greenhouse-gas emissions and global warming all week, and tonight is no time to stop. He has to remind viewers of his promises to put more money into renewable energy and home retrofits, pledges that would also save homeowners and renters money.