For the record: 500 women leaders call for respect in niqab debate 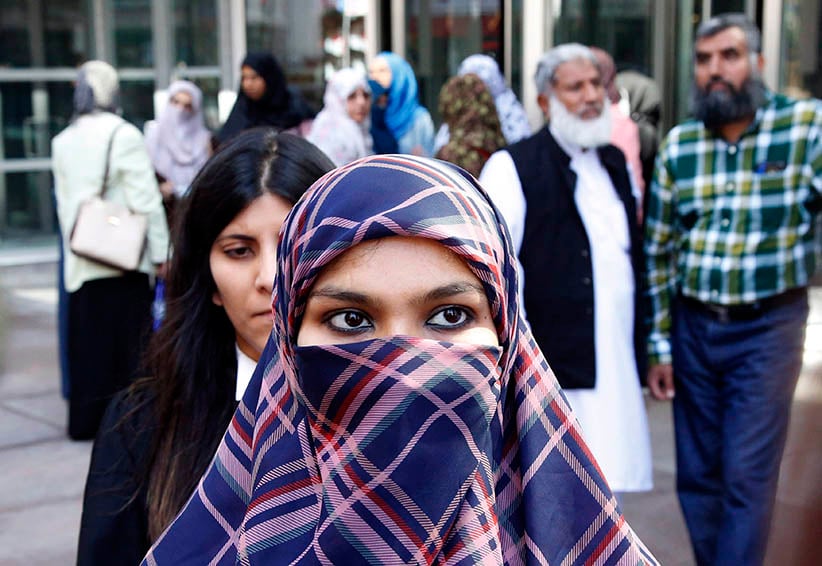 Adrienne Clarkson, Louise Arbour, Monia Mazigh and Sally Armstrong are among 500 women leaders to sign the “Respect Women Statement” which calls for understanding and respect in the niqab debate.

“We believe that freedom of religion and freedom of expression include the freedom to dress in accordance with an individual’s religious views or personal preferences,” Louise Arbour says on the group’s website, respectthewomen.ca.

For the record, here is their letter:

We are women leaders from across the country, with different backgrounds, life experiences and political views. We are united in our commitment to the Canadian values of equality, freedom, and justice. And we believe in a Canada that embraces all women, regardless of how they dress or how they express their religious beliefs.

We are deeply troubled by the divisive national discussion about women and the niqab. We believe it undermines important rights to freedom of expression and freedom of religion, and deepens the inequality faced by many women in the country. And we believe this debate is drawing attention away from urgent and pressing issues affecting women and girls across Canada.

Whatever our own feelings are with respect to the niqab, democracy based in individual rights requires us to be respectful:  in order to have our own rights respected we must respect the rights of others. We believe that freedom of religion and freedom of expression include the freedom to dress in accordance with our religious views or personal preferences. And we believe that the path to equality lies in embracing and understanding difference, not in stereotyping and marginalizing women of any faith or any religious practice.

It troubles us that the current focus on the few instances of women wanting to wear a niqab during their citizenship ceremony has divided Canadians and stigmatized Muslim women. We are alarmed that this appears to have incited discrimination, and even violence, which undermine equality and respect for human rights and ignore the greater issues facing women in Canada.

As women leaders we are concerned about the high levels of violence faced by women and girls in Canada, and in particular the high rates of violence experienced by Indigenous women and girls. We are worried about the economic insecurity facing many women as we age in Canada.  We are disturbed that women, on average, are not earning at the same level as their male colleagues. And we are troubled at the lack of investment in women’s empowerment and leadership across this great country. It is time to set aside the issue of the niqab and move to the issues that impact the daily lives of most women and girls in Canada.

We ask all leaders and public figures in the country to refrain from allowing the issue of the niqab to create an atmosphere of intolerance and xenophobia in this country.

We want to see a commitment to promoting equality that is grounded in talking with women, not for women. Let’s have that discussion.