For the record: Julian Fantino on his work at Veteran Affairs 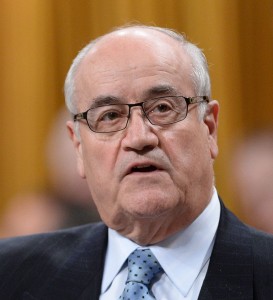 Julian Fantino has been replaced at Veterans Affairs by MP Erin O’Toole, the Prime Minister’s Office has confirmed. Fantino, who spent 18 months in the portfolio, will remain in cabinet at associate minister of defence. He released the following statement:

“I will remain forever grateful to the countless veterans I had the distinct honour of meeting in all regions of Canada, and while abroad visiting the cemeteries of those brave men and women who died in service to their country. Each and every day that I served at Veteran Affairs I was guided by a firm belief that Government must stand by those who have served and continue to serve.

“Under Prime Minister Harper, I can say with confidence that we have fully embraced that principle. I am proud of the critical improvements we have delivered for Canadian Veterans and their families – including the opening of seven Military Family Resource Centres, more than doubling the number of counseling sessions for family members; investments in critical research and new treatment benefits to assist Veterans with post-traumatic stress disorder; and additional investments in front-line mental health clinics in 8 communities.

“I also want to express gratitude to many dedicated veterans stakeholders, many of whom partnered with the Government this past year to enhance mental health support and reduce bureaucratic red tape.  I also wish my friend, Erin O’Toole, a patriot and veteran himself, the very best as he builds on the important work underway to improve the quality of life of veterans and their families for generations.

“I am humbled to take on this new responsibility as Canada’s Associate Minister of National Defence  — where I pledge to work hard to assure the safekeeping of our land, people and interests at home and around the world.  As a young immigrant boy, I imagined Canada as the great northern frontier – a country defined by its majestic northern beauty, its immense resources, rich traditions and youthful communities.

“Having served for over 40 years in law enforcement, I have an acute appreciation for the solemn duty Government must undertake to protect its citizens and sovereignty. In my oath, I pledge to forcefully defend Canada’s sovereignty and national security, and continue to stand with our men and women in uniform who uphold and protect those sacred values of democracy, freedom and the rule of law.

“I also want to thank Vaughan families and seniors for their continued support over the past years.  I look forward to running for re-election under the steady economic leadership of Prime Minister Harper, who has delivered lower taxes, new infrastructure improvements and safe streets for Vaughan families.

“As we start anew in 2015 – let us thank our men and women in uniform who keep our country safe. God bless all who serve and keep our true north, strong and free.”